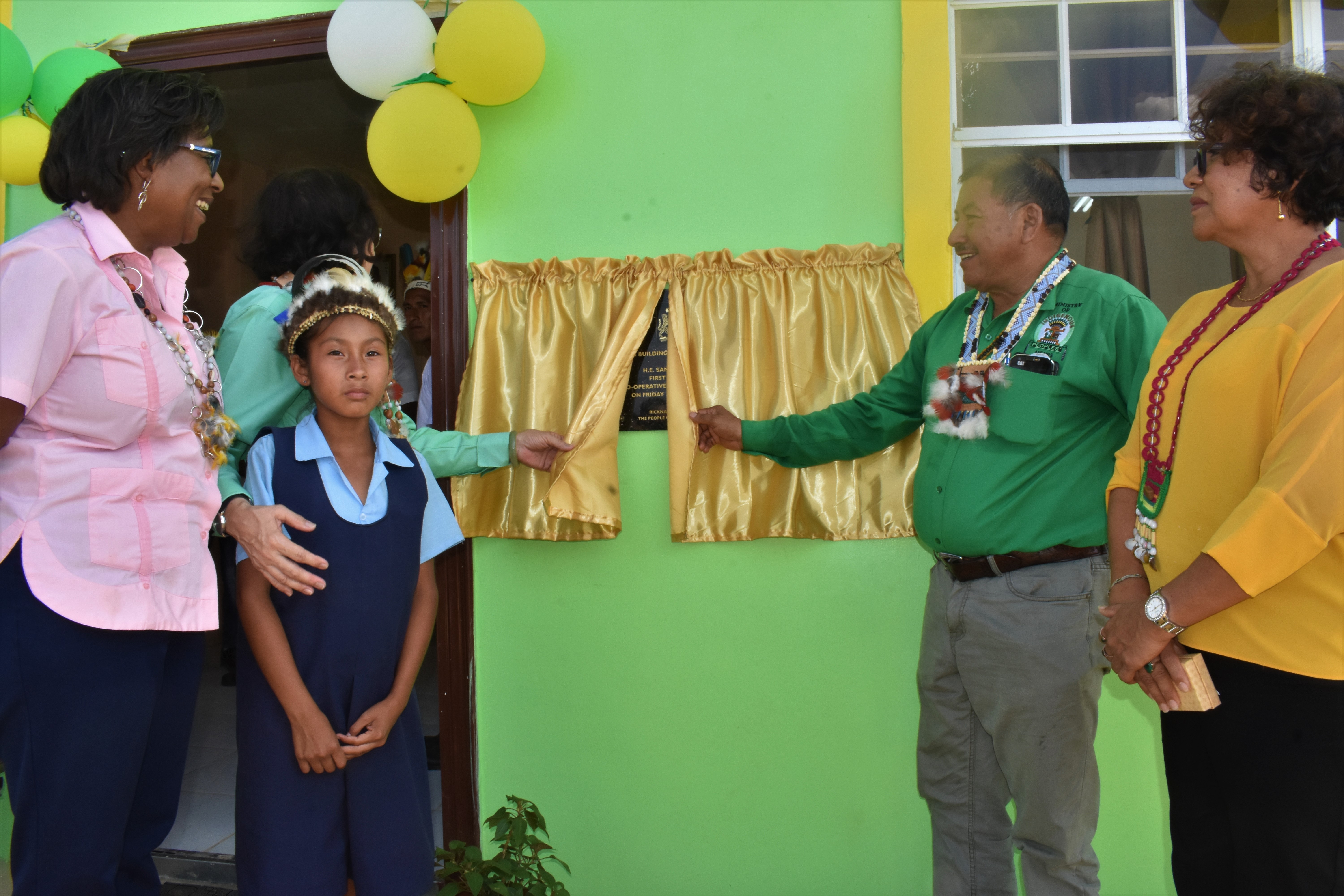 This multi-million dollar investment by the David Granger led Coalition Government, is the first of its kind in the Hinterland.

Delivering the feature address to scores of residents from Monkey Mountain and surrounding villages, Mrs. Granger said “the opening of this Lapidary represents the convergence of the fulfilment of several promises because it combines poverty reduction, employment and youth service, happy house hold and cultural development and sustainable tourism development. Trained citizens of this community will be reaping the benefits of the many and various precious and semi-precious stones found in this region”.

The First Lady is optimistic that “the project will of course contribute to economic development here at Monkey Mountain and in this Region. I congratulate all those who were involved in bringing this project to fruition. I know it could not have been done without the support and the participation of this community and its partners at the regional level and at the national levels”.

Vice President and Minister of Indigenous Peoples’ Affairs Sydney Allicock said the realization of this project is a clear demonstration of Governments commitment to empowering the indigenous peoples.

He commended Toshao of Monkey Mountain Lincoln Singh for acknowledging that the “Government is not sleeping” but is working assiduously in partnership, with all Indigenous Villages and Communities to ensure national development is realized.

The Minister said “this project intends to train as many young people from the Potaro/Siparuni Region and beyond in several skilled areas relevant to successful, sustainable functioning of this facility. It is our intention to ensure that the multiple jobs which would be realized will rebound to the improvement of the quality of life of every resident of these communities.”

He added that the project will “compliment the two thousand five hundred businesses that were created out of the successful implementation of the Hinterland Employment and Youth Service HEYS Program to date.”

Minister Allicock took the opportunity to applaud the efforts of Minister within the Ministry Valerie Garrido-Lowe and the hard-working team since “she was the mover and shaker in this area of development”.

Summarizing this significant milestone, Minister Allicock said this is “a mission to make our young people employable and fit for purpose through skills training, create jobs which are sustainable, carve sustainable activities for residents of Guyana’s hinterland regions and of natures’ abundance”.

Toshao Singh in thanking the Government for ensuring equal opportunities are made available for his village and region said “it is only the beginning as we would work hard together to develop our tourism here as well as sell to the world”.

The Pakaraima Lapidary Facility is among several Economic Projects being implemented by the Ministry of Indigenous Peoples’ Affairs under the stewardship of Minister Garrido-Lowe aimed at empowering the indigenous people.