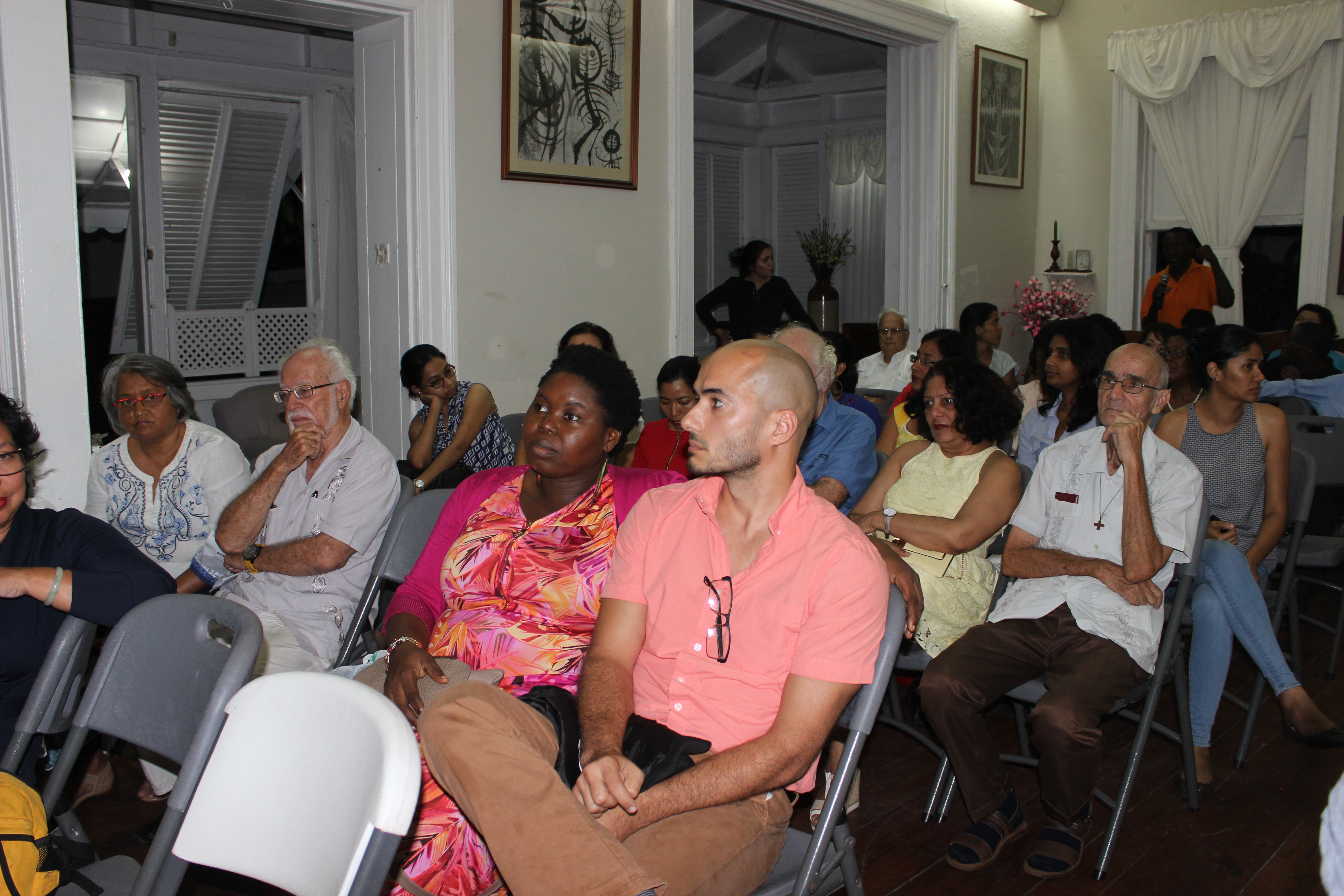 Guyana is on a path to successfully expanding its ecosystem services and ultimately propelling its local tourism sector into a leading foreign exchange earner and an engine of economic development for hinterland communities that neighbor protected areas.

Eduardo acknowledged Guyana’s tourism potential noting that the two countries “natural resources are the same and the equation of the protected areas are the same so I see the potential that Guyana has”.

Eduardo who has been in the tourism business for close to three decades runs what is deemed a wildly successful public-private-community-tourism model with his company Rainforest Expeditions.

This has seen that country’s income from the tourism sector grow from less than 200 million dollars to more than 4 billion dollars annually.

In Guyana situation according to Eduardo, there must be collaboration or team effort from all levels to ensure marked success is achieved (miners, ministry of Tourism and the protected areas commission) complimented by a dynamic international tourism marketing strategy.

“It is going to take time, it must happen because you have the resources here but, you have a problem now (some challenges) but you also have a great opportunity”, Eduardo noted.

Meanwhile, Vice President and Minister of Indigenous People’s Affairs Sydney Allicock who was an active participant at last evenings function and who is also a celebrated environmentalist, expressed satisfaction with the progress made locally, although according to him, much more can be accomplished.

“We have already been practicing; there are some communities that are ready for the next phase, the next stage…there are opportunities and we have to find that team work, we have to make better linkages, we have to have an understanding of the technology that is available, what is also needed is the expertise and the financial support”, the senior Statesman explained.

Minister Allicock also cited the need to ensure key legislation is in place which will ensure greater success is achieved.

He commended the significant strides Peru’s tourism sector continues to make saying “I like the approach used in Peru and that is the power of managing the greengage, who will be given the authority and help to manage it in a professional way because in this business it is all about hospitality and not hostility”.

Like Peru, Guyana is facing its fair share of challenges in finding that equilibrium between the thriving extractive sector, ecosystem services and Tourism driven initiatives.

As Peru’s example (it has established itself as one of the world’s most interesting and unique tourism destinations) over the past decade clearly demonstrates, nature and culture based tourism has proven to be a critically important driver of economic development, demonstrating that protected areas can conserve Guyana’s biodiversity and globally important ecosystem services while making significant contributions to growing a Green Economy.

Over the past year, Head of state President David Granger has reiterated his administration’s commitment under the United Nations Convention on Biological Diversity (CDB) and National Determined Contribution (NDC) to the Paris Agreement to expand Guyana’s protected areas system by two million hectares.