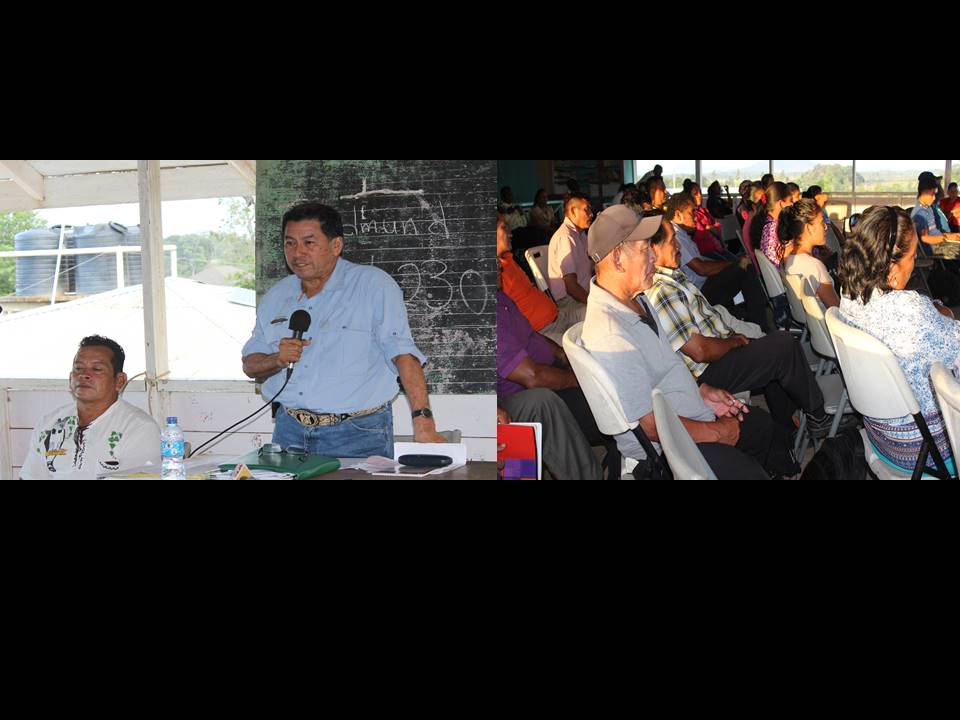 Agriculture is poised to becoming Guyana’s main economic platform and in this regard, securing indigenous lands for the indigenous peoples remain critical for the Ministry with responsibility for the Indigenous Peoples.

The Minister spoke to Guyana’s commitment to achieving the 2030 Millennium Development Goals for Sustainable Development.

Attaining such achievements Minister Allicock noted will ensure “growth in our economies and poverty reduction must become a reality.”

Minister Allicock added that “we the indigenous peoples of Guyana are strategically positioned to fight poverty, lift our economies and improve food security given the fact that, we have at our disposal land which is rich with agricultural potential”.

The NRDDB according to the Minister is far advanced in terms of its structure on paper and while there is no need to reinvent the wheel it is now time to cause the wheel to roll.

“It is time to move this process forward and away from talk to action. The challenge now for us as I see it, is to graduate from subsistence agriculture to production on a larger scale. It may have been better for us had this implementation phase begun some time ago.  We would have been well ahead of the pack; an example for others to follow.  The good news is that, it is not too late to start today.”

He spoke to amalgamating families, groups of families or clusters in villages to boost production, which according to him will result in a very large harvest when it all comes together.

The NRDDB he stressed is strategically structured to achieve its objectives since it was established to represent the interests of its constituent communities and to facilitate their general development.

Region Nine is the largest administrative region in Guyana and tremendous effort is being made to diversify agricultural production making the region self-sufficient.

Only last year the Ministry of Agriculture rolled out a number of initiatives aimed to propel the agriculture sector in the Region.

Among the initiatives include crafting a long term Agricultural Development plan, adequate infrastructure and access to market opportunities all of which is being fully supported by the Ministry of Indigenous Peoples’ Affairs.

Minister Allicock reminded that the world is changing and Guyana must change with it.  Another important component of the approach intended to achieve these goals is international trade.

“We are aware that, there is an interest in realising the road link between Brazil and Linden en route to Georgetown.  As we are all aware, The State of Roraima in Brazil has no readily available Atlantic shipping outlet.  Guyana presents an opportunity in this regard”.

What one must be cognizant of according to the Vice President are the “challenges. International trade demands quality, standards and reliability.  We are, therefore, challenged to up our capabilities and our state of readiness.  By readiness I mean: technologically ready, research ready, human resource ready, management ready, negotiation ready, adaptability ready, environmentally ready, security ready among other things”.

The ultimate goal is meeting the food security demands; grow village economies while at the same time focusing on achieving a green Guyana.

The NRDDB meeting saw representation from all sixteen villages in the North Rupununi.