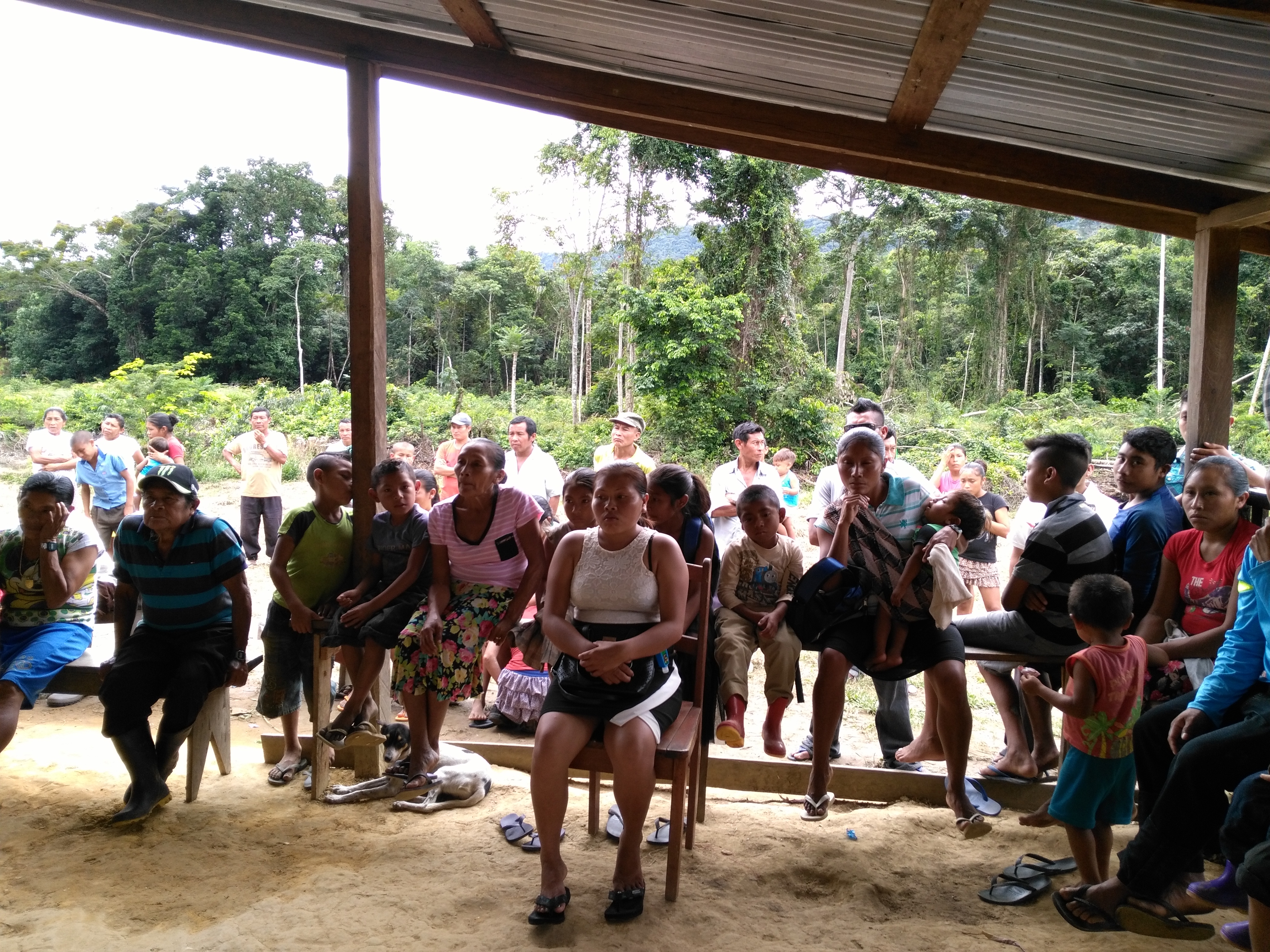 Minister within the Ministry of Indigenous Peoples’ Affairs Valerie Garrido-Lowe and her team visited the village of Kaibarupai in late December to inform residents of the 2018 budgetary allocation to facilitate the rebuilding process of twenty one homes in Kaibarupai that were washed away by the devastating floods in Potaro-Siparuni, Region 8 last May which affected approximately three thousand persons.

Kaibarupai was deemed the hardest hit of the four villages located in that area, Chenapou, Waipa and Sand Hills being the other three villages.

At a public meeting hosted by the Toshao and Councilors and attended by residents of Kaibarupai, including the families who lost their homes, Minister Garrido-Lowe reminded of Government’s care and support for the First Peoples of Guyana.

During discussions villagers did agreed that the rebuilding process will see them relocated to higher grounds, a precautionary measure in the advent of another flood.

The village will be provided the relevant resource; fuel, chainsaws, zinc, nails, power saws and food items, while the male folk from the families affected will cut the lumber and saw the materials needed to complete the houses.

Minister within the Ministry Valerie Garrido-Lowe is discussion with residents of Kaibarupai, Region 8 (North Pakaraima).

The village council led by Toshao John Salvador will meet with villagers again to further discuss and decide on a suitable location where the 24’x18’, 2-bedroom houses including a kitchen, will be built.

Minister Garrido-Lowe told the village and more so, the families affected, that “Government has not forgotten you, I was here and I saw firsthand how you suffered so with the passage of the 2018 National Budget five million dollars has been earmarked to assist in the rebuilding process of the twenty one houses that were destroyed. You had requested from Government to provide you with tools and equipment while you yourselves will cut and saw the logs and build your own houses. So that is exactly what will happen.”

In explaining the benefits of relocating to higher ground and closer Minister Garrido-Lowe said “your Government believes that all citizens of this country should have the opportunity to enjoy a good life, hence, if you build your houses, let’s say, on a five-acre land then it will be far easier for Government to put in the necessary infrastructure for you have electricity, running water in your homes and internet facility so that your children can study and you can communicate in an instant with the Ministry or the world.”

The Minister told them that nothing is wrong with keeping their farms one or two hours away but the main community homestead must be in close proximity.

After several hours of discussion among the families, especially the men, the Minister was given a list of the items that the village will require to rebuild their homes. Upon accepting the list Minister Garrido-Lowe promised to send in several house designs for them to choose from.

A father of two who is also a member of the local community policing group, Ronny James said “we really happy because you know the water was high above our house tops and once it gone down only some of the posts were left, so the earlier we can get back our house you know the better for us”.

He added that “although it taking long, we happy that the Government didn’t forget us so we really happy with this’.

Minister Garrido-Lowe promised villagers to return in February when work should commence.

In the meantime, the children of the village received toys and footwear as it was the “season of giving” for which they were overjoyed to receive, while twenty one hampers were distributed to the families affected by the floods as well as an additional fifteen to other residents.

Families also received several pieces of clothing, while the young women from the Hinterland Employment Youth Service HEYS Program joined Minister’s team to prepare a meal for all who attended the meeting.

Hampers, clothing and toys were also distributed to Sand Hills and Waipa Villages which are located approximately one and two hours travel by boat from Kaibarupai through several cascading rapids.

All clothing, shoes and some farming tools distributed were provided by Food For the Poor Guyana.

The families affected are located along the Ireng and Potaro Rivers which is part of Guyana’s Western border with Brazil.

The Rivers rose to unprecedented levels covering in some areas, more than twenty feet of land resulting in the destruction of several homes and farms belonging to residents.