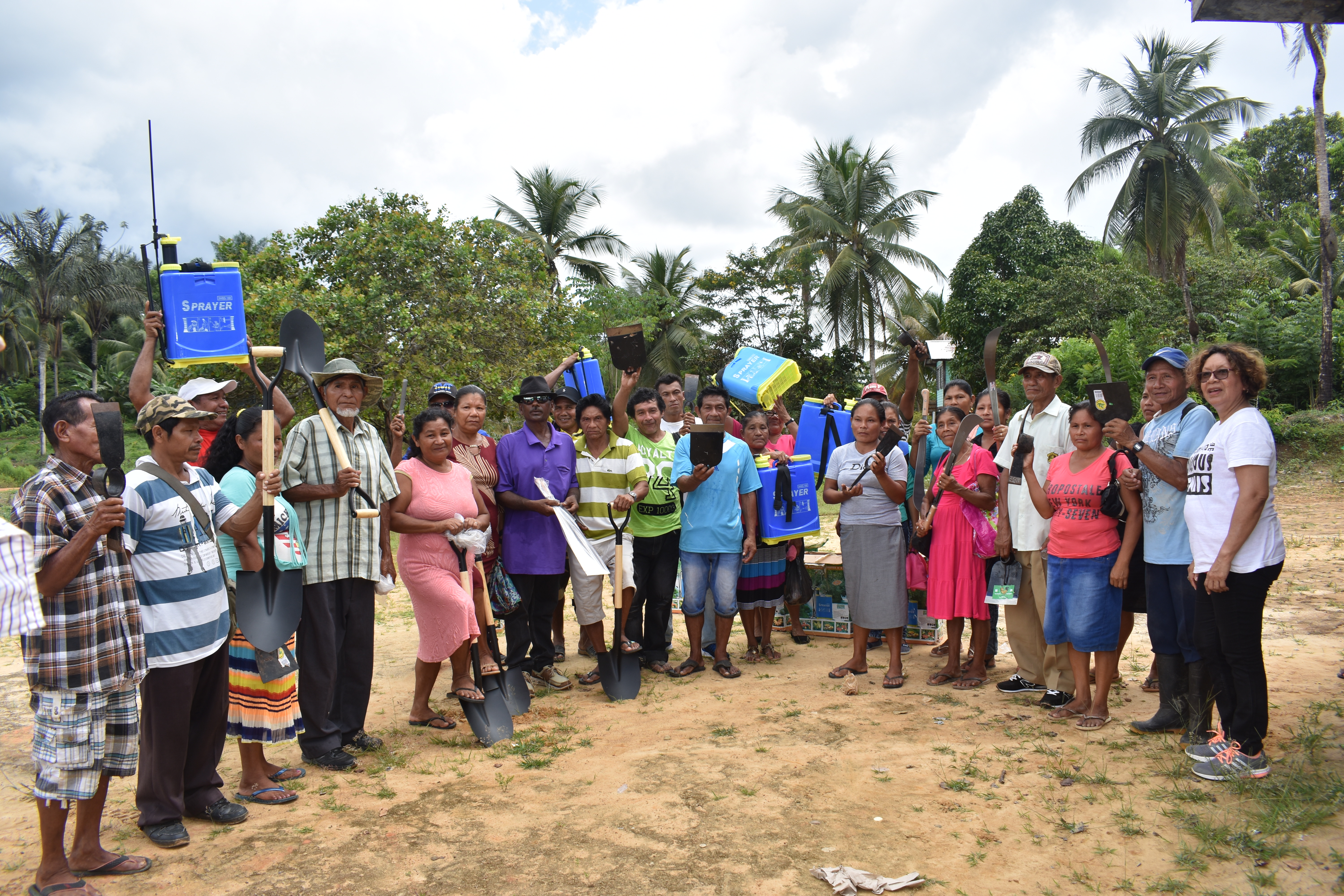 Minister within the Ministry of Indigenous Peoples’ Affairs, Valerie Garrido-Lowe on September 15 last handed over a quantity of agricultural tools to twenty five farmers from Kwebanna, Region One.

Among the tools received were cutlasses, files, hoes, water cans, shovels and pick axes and were handed over during an outreach to the village by a team led by the Minister.

This is all in an effort to assist farmers in the transformation of their village from small farming to large scale agriculture production.

Minister Garrido-Lowe has been championing the “what legacy will you leave” cause and implored villagers to reflect on the contributions they have made towards their own development while adding to the contributions of our ancestors.

“Our ancestors have left us so much, but what are we going to leave our children, all we can leave right now is what our ancestors gave us, don’t you think we should add to that so that our children and grandchildren could say our ancestors from the thirteen hundreds to nineteen something have left us this, and from two thousand and seventeen to twenty one something that generation has added to that, but if we don’t add, when history is written they will praise our ancestors and where will we fall, what have we done to earn that place in history”, the Honorable minister asked passionately.

Minister Garrido-Lowe encouraged villagers to aggressively pursue agriculture on a large scale since the available resources are enormous.

She suggested that “there are two things that we can do to develop ourselves financially and to contribute to Guyana in a big way meaning we bring income and supplement the country’s income … Agriculture, because we have the land and Eco-Tourism, because we have the beauty of the environment, and what I would like you to think seriously about is to go into farming as an industry”.

The Minister reminded villagers that unity is key to development and “this doesn’t have PPP or PNC or AFC; this is about the development of your community, and as indigenous people, remember politics has its time”.

Farmers have expressed gratitude for the items received and have assured the Minister and the Government that this will positively influence their contributions to Guyana.

Villagers depend heavily on farming, fishing and logging as their only means of income.