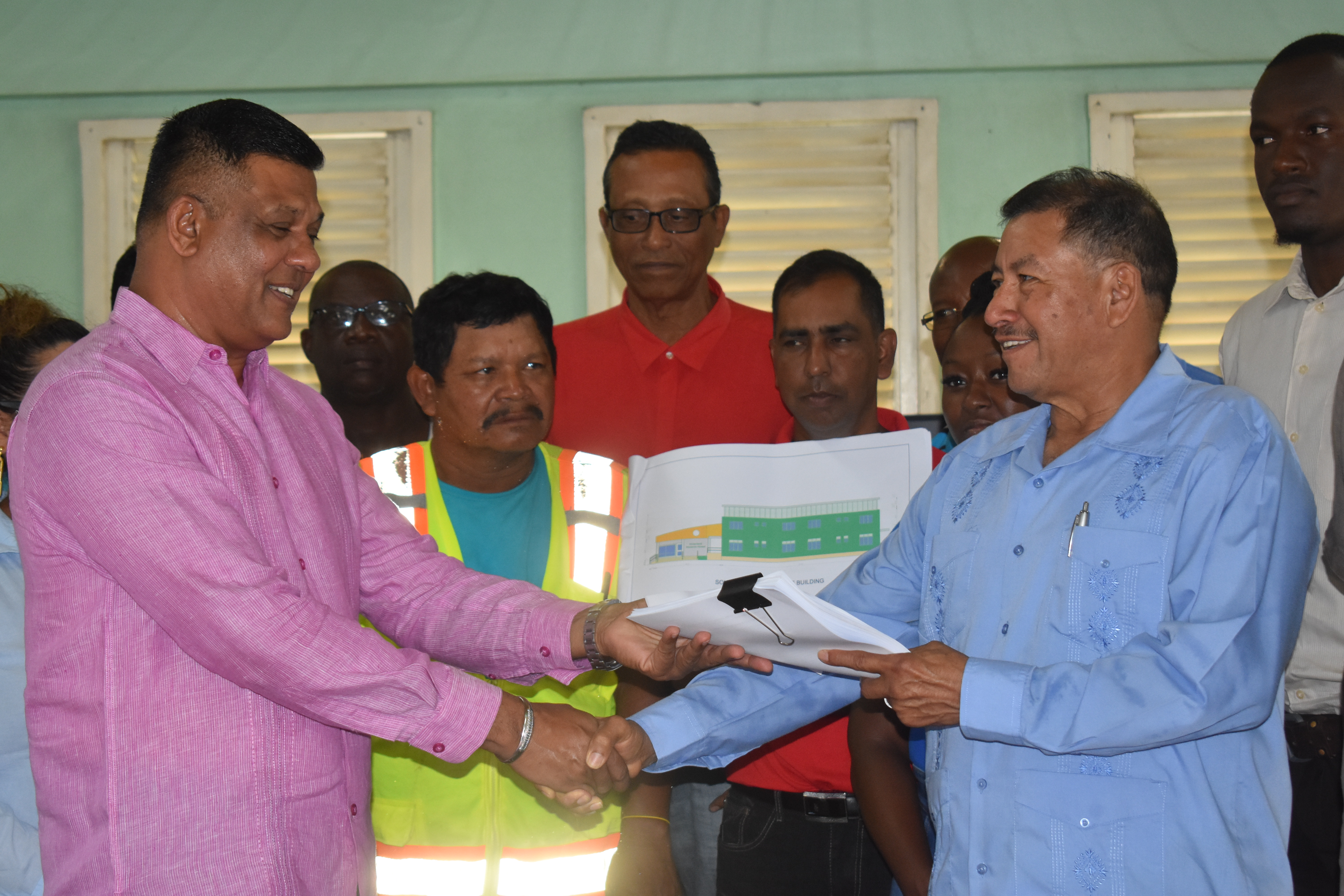 The Ministry of Indigenous Peoples’ Affairs and BK International Inc. earlier today signed a multi-million dollar contract for a dormitory that will house some one hundred and twenty hinterland students attending tertiary institutions across Guyana.

Before the signing Minister Allicock expressed pleasure with the progress made in the execution this project which has been high on the Ministry’s agenda.

Minister Allicock said this project is being executed at a time when educating the nation’s youth falls parallel with the development the current administration has been touting since its ascension to office.

“It is at a time for our hinterland youth to gain a higher education. Its 120 rooms an advanced facility for our young hinterland youth because there are persons out there who we want to give an opportunity for higher learning”.

The Minister also expressed confidence that BK International will deliver a project that is of high standard while also reminding that time is a key component among other deliverables.

“I am, and we all in the Ministry are very confident that the company led by Mr. Brian Tiwari has the experience and the equipment to complete this project within the specified time of six months its quite a challenge but  knowing the company challenges is what they take on. Mr. Tiwari is aware of the many types of materials that we could use for enhancing Guyana’s quality of infrastructure in buildings and other infrastructural works but for us here we are very pleased that we could have Mr. Tiwari to construct this wonderful building for us”.

Giving the Ministry his Company’s full assurance that meeting the stipulated requirements for this project is paramount, Mr. Tiwari said “the quality will be there and it’s a concrete building of which we have a concrete plant and facilities in terms of labs which the consultant is going to monitor form time to time, but this is not our first building……so we will like to assure you that in terms of the quality we will make certain that you get quality for money and that we also get the project on time”.

The Ministry’s Permanent Secretary Alfred King also echoed similar sentiments as Minister Allicock but noted that “over the last couple of years we have been emphasizing access to education for all our Guyanese children including the hinterland students.. and the Ministry would have provided the kind of support necessary”.

The new facility will boast male and female self-contained rooms to accommodate one hundred and twenty students, living quarters for a Dorm Mother and father, a unique water storage system and recreational area among other amenities.

Should the need arise that figure can be doubled to accommodate more students.

The dormitory which will cost an estimated $M 186 will be housed aback of the current secondary school dormitory, Lilliendaal.

Over the past ten years, an estimated six hundred students have benefited from hinterland scholarships to attend a number of tertiary institutions including the Guyana Technical Institute (GTI), Carnegie School of Home Economics, the Guyana School of Agriculture (GSA) and the Guyana Industrial Technical Center (GITC) both resident and non-resident.

Additionally, scholarships were offered to Hinterland students’ attending the University of Guyana in 1986, however, since the Public Service Ministry (P.S.M.) offers scholarships to students desirous of attending University, a decision was taken in 2000 not to sponsor these students but to have them apply to P.S.M.

Building an educated nation remains a high priority for this government, thus the drive to ensuring youth particularly from the hinterland also benefit from this opportunity.

Minister Allicock and team along with Mr. Brian Tiwari and team on site inspection following signing of the contract.