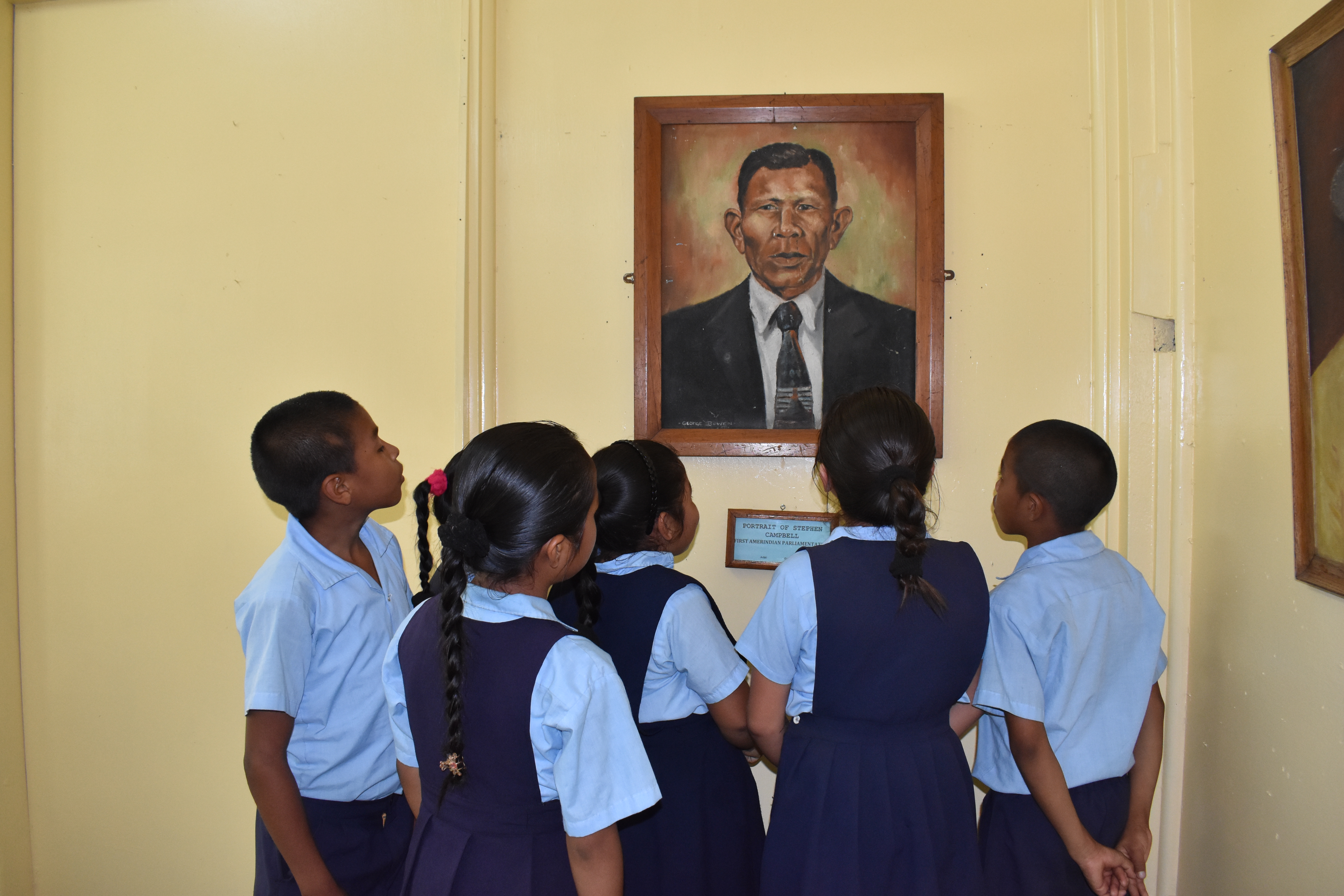 Several indigenous persons will be acknowledged for their contributions towards the development of the hinterland when the Ministry of Indigenous Peoples’ Affairs hosts its annual Celebration of the Life and Work of Stephen Campbell on Monday, September 10 at the Umana Yana, Kingston.

The Life and Work of Stephen Campbell is celebrated annually during Indigenous Heritage Month Celebrations.

Campbell who was Guyana’s First Indigenous Parliamentarian is celebrated annually for his achievements and contributions made, which paved the way for recognition of other indigenous persons who would have played significant roles in development.

Senior Social Worker Ms. Pauline Welch whose department (Social Welfare and Health Department) has responsibility for executing this activity during the month long celebrations said “Stephen Campbell was very passionate about the indigenous peoples and ensuring that they are protected and that they were given opportunities so it is important that we keep talking about him, because there is a saying that you won’t know where you are going if you don’t know where you came from and Stephen Campbell is one of those persons who have charted the course for them to be recognized”.

Speaking on the awardees Ms. Welch said “we have a few retired teachers, we have health workers, we have former Toshao’s who would have been instrumental in the development of their communities, persons who were involved in language and culture”.

Ms. Welch also explained that like Stephen Campbell, past indigenous parliamentarians will also be acknowledged for their contributions by use of a scroll which will be on exhibit.

She said every year, the Ministry aims to make the Stephen Campbell celebrations bigger, and this year the celebrations will commence from 10 hours to give the public an opportunity of visiting the Umana Yana and sharing in the experience.

Primary and Secondary Schools, Walter Roth Museum, the National Library, the University of Guyana, other Government and Non-Governmental Organizations have all be invited to participate.

The Ministry will be making available pertinent information since it is imperative that the public be made aware of the contributions made not only by Mr. Campbell, but by other indigenous persons.

Persons will be honored in the area of Sports, Education, Science, Health, Arts, Language and Culture and Community Development.

Meanwhile, Stephen Campbell’s interest in politics was aroused when he worked at the Waini sawmill where Amerindians and other sections of the Guyanese population were seeking representation.

The advent of Universal Adult Suffrage in 1951, gave Amerindians the opportunity to participate in General Elections. April 27, 1956 marked the first time in history that Amerindians in Guyana exercised their franchise.

Stephen became the first Amerindian to contest the General Elections in British Guiana, and at the age of 60, he became the first Amerindian Member of Parliament in Guyanese history, when he was elected onto the Legislative Council of British Guiana on September 10 1957. This historical event was the turning point in Stephen Campbell’s personal life which was influenced by a sense of duty towards the Amerindian people.

“In the year 1957, I entered politics at the request of the Amerindians who felt that they had no one to represent their interests in the Central Government,” Stephen had said.

As a Member of Parliament, he was keen on establishing land rights for Amerindians. Among his greatest achievements was the move towards crafting the Amerindian Act and to develop better health facilities, a postal service and agriculture in the North West District.

Stephen died on May 12, 1966 – two weeks before British Guiana gained Independence from Britain. He is the main reason for September 10 the day he was elected to Parliament, being declared Amerindian Heritage Day.

He has spearheaded a historic change in bringing to the fore the vital and rightful place of the Amerindian in the mainstream of life in Guyana, and its future development.