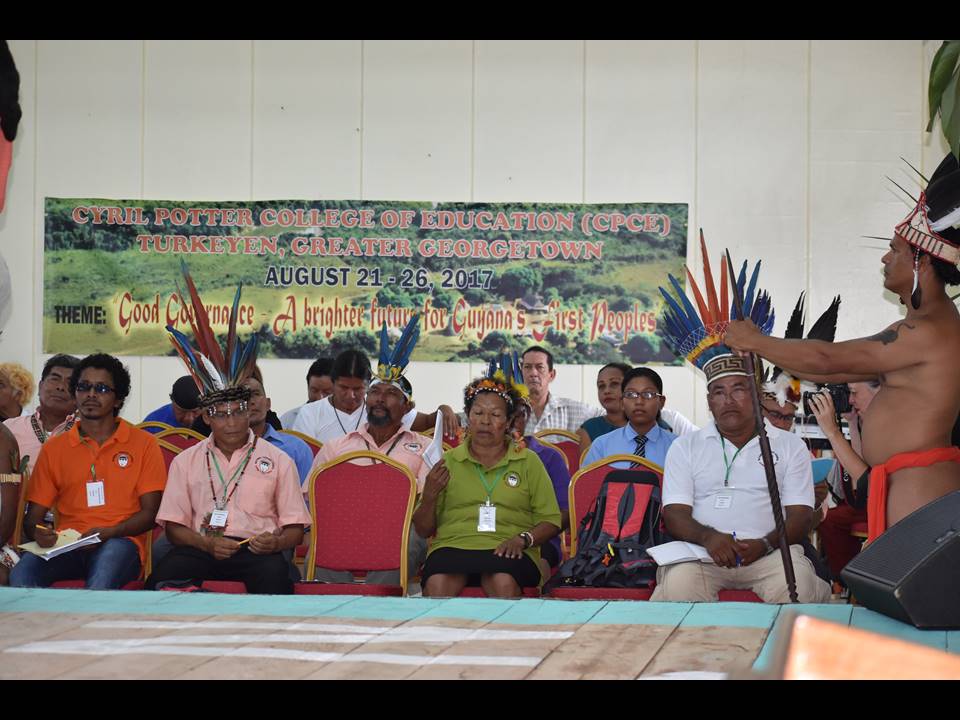 Vice President and Minister of Indigenous Peoples’ Affairs Sydney Allicock has expressed great disappointment with the decision made by some Indigenous village leaders (Toshao’s) who Tuesday evening chose to attend a CPL 20/20 Cricket match at the Guyana national Stadium rather than to remain at the ongoing National Toshao’s Council (NTC) Conference their main reason for being in Georgetown.

This is even as the Government has invested some sixty six million dollars in what is deemed a crucial 2017 Conference.

Minister Allicock described Tuesday’s actions of the NTC and the Executive as “very very worrying”.

Only Monday last, during the opening of the said conference Chair of the NTC Joel Fredericks failed miserably in his attempts to disparage efforts by the David Granger led Coalition Administration to adequately address the affairs of the indigenous peoples.

However, minister Allicock during his address pointed out that “I detect the need for a stronger, more unified approach to decision making at the level of the Executive. I challenge you, to examine your own stewardship. Identify your successes, confront your shortcomings and work in the remaining months of this term to ensure that the legacy you leave behind will be celebrated by the generations to come”.

More uncertainties according to the Minister have reared its ugly head as Toshao’s were seen at the national Stadium waving their flags in celebration, leaving the Conference’s Agenda in limbo and disrepute.

The Minister said the actions of the opposition have plunged to a new low and members of the NTC executive and Toshao’s must object to allowing themselves to fall prey to political slavery.

He noted that the “NTC Executive must get its priorities right” since they are the representatives and leaders of the respective villages and decisions made can adversely affect the conference’s planned agenda which will subsequently have repercussions at the level of the village’s administration.

Several Government Minsters and Agencies including Head of Budget Agency were all available for Tuesday evening’s two and a half hour session where the concerns of village’s leaders who have their priorities in order were adequately addressed.

The evening’s session dealt with Agriculture, Eco-Tourism and Natural Resources.

While this was transpiring, a young vibrant Toshao of Yupukari Russian Dorrick on his Facebook Page lamented the decision of his fellow Toshao’s saying “I am very much disappointed with the Politician”.

He continued “today while I was speaking on my land extension someone intervened saying Toshaos we have to end here and go to cricket. This is my final year to NTC and have been saying land extension for three years. Now today I was very excited to meet with relevant ministries as it was on the agenda. No cricket game was on agenda ( NONE) why would Opposition take us to cricket and I am happy that they paid the ticket, but I am not here to see the cricket I want to hear responses from the government”.

Minister Allicock however, remains optimistic that “before long, our villages will demonstrate a higher level of maturity and professionalism in accounting for the resources placed at your disposal”.

The Conference is geared at addressing concerns from respective village leaders, while much emphasis will also be placed on highlighting programs to be implemented by the Ministry.

The Ministry has included an extra session beginning 18:00hrs daily, where Village Leaders can have open discussions with Ministers to ensure their concerns are addressed.

Some 215 Toshao’s alone, senior councilors and Community Development Officers from all ten administrative regions are attending the Conference which is being held under the theme “Good Governance – A Brighter Future for Guyana’s First Peoples”.