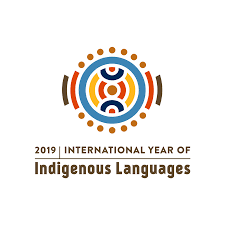 In excess of thirty six million dollars has been included in the 2019 Appropriation Expenditure announced by Minister of Finance Winston Jordan during his Budget presentation, to coincide with celebrations for the United Nations designated Year of Indigenous Languages.

This Expenditure will ensure the observances are profoundly showcased.

Minister within the Ministry of Indigenous Peoples’ Affairs Valerie Garrido-Lowe has taken the lead to ensuring a detailed plan of action is outlined, which provides for a re-awakening of the need to resuscitate the use of Indigenous Languages.

Minister Garrido-Lowe Tuesday last, commenced discussions with representatives from the Guyanese Language Unit (GLU), Department of Language and Cultural Studies – Faculty of Education and Humanities and the Amerindian Research Unit, University of Guyana.

Minister Garrido-Lowe acknowledged that “the Indigenous languages are being diminished by the day across the country and perhaps, even further afield. This is a worrying situation and is therefore one that is in need of urgent inter-governmental intervention, hence the United Nations declaration of 2019 being the year of Indigenous Languages”.

Speaking from an International perspective, Minister Garrido-Lowe noted that “our concept is one that is perfectly a part of the wider United Nations Framework. According to the UNESCO Action Plan, the International Year of Indigenous Languages will take the form of action-oriented activities in following three thematic areas – Support, Access, and Promotion”

One of the key principles of the UN’s Action Plan is “Nothing For Us Without Us”.

Locally, statistics were obtained based on informed data from studies conducted in indigenous communities as it relates to the most effective means of transmission of the respective languages and the barriers associated with same.

Among activities proposed throughout the year are a Language Revival Programme, Village Welcome Signboards to be erected at the entrance of each village in their respective language, Radio and Television programmes, a Children’s Book, a Tourist Hand Book, a Short Story competition, debates in four languages (Patamona, Akawaio, Wapishana and Makushi) at the Umana Yana, an Indigenous Food festival, a Calendar of Nations 2019 and establishing an Indigenous Summer School.

Additionally, persons who are skilled and knowledgeable of the languages will benefit from support while they impart such skills to students.

The Ministry has welcomed the University of Guyana on board and Tuesday’s discussion saw both calendar of activities (MoIPA/UG) compared, in order to derive at the best set of activities to be executed through the year.

The University will also play an integral role in ensuring resource persons are on board.

Meanwhile, the Ministry will hold discussions with the National Toshao’s Council, NCERD and Indigenous Organizations.

More importantly, Minister Garrido-Lowe has assured that every effort will be made to engage key stakeholders to have a Language Policy Framework developed in 2019 and presented to the Government.

Guyana does not have a Language Policy Framework and once this is developed it will put the country on par with other Caribbean countries such as Jamaica.

To this end, the University of Guyana has begun research on a Framework, and the GLU led by Coordinator Charlene Wilkinson has indicated the Units desire to see this included in the calendar of Activities for the 2019 celebrations.

Meanwhile, an ongoing Bi-lingual program which was integrated into the Ministry of Education’s curriculum in 2017 and is being tested (pilot) in three nursery schools across the South Rupununi, came in for commendations from Minister Garrido-Lowe for their commitment towards re-vitalizing the Wapishana Language in that Region.

The programme will ensure that students from various villages and communities with little fluency in English are taught in both their traditional language and English and it is expected that by the end of the project, indigenous languages will be prominently featured across the respective nations.

This project is being implemented by the NCERD in partnership with the Jesuits in St. Ignatius in Karaudarnau, Sawariwau and Mururanau Primary Schools.