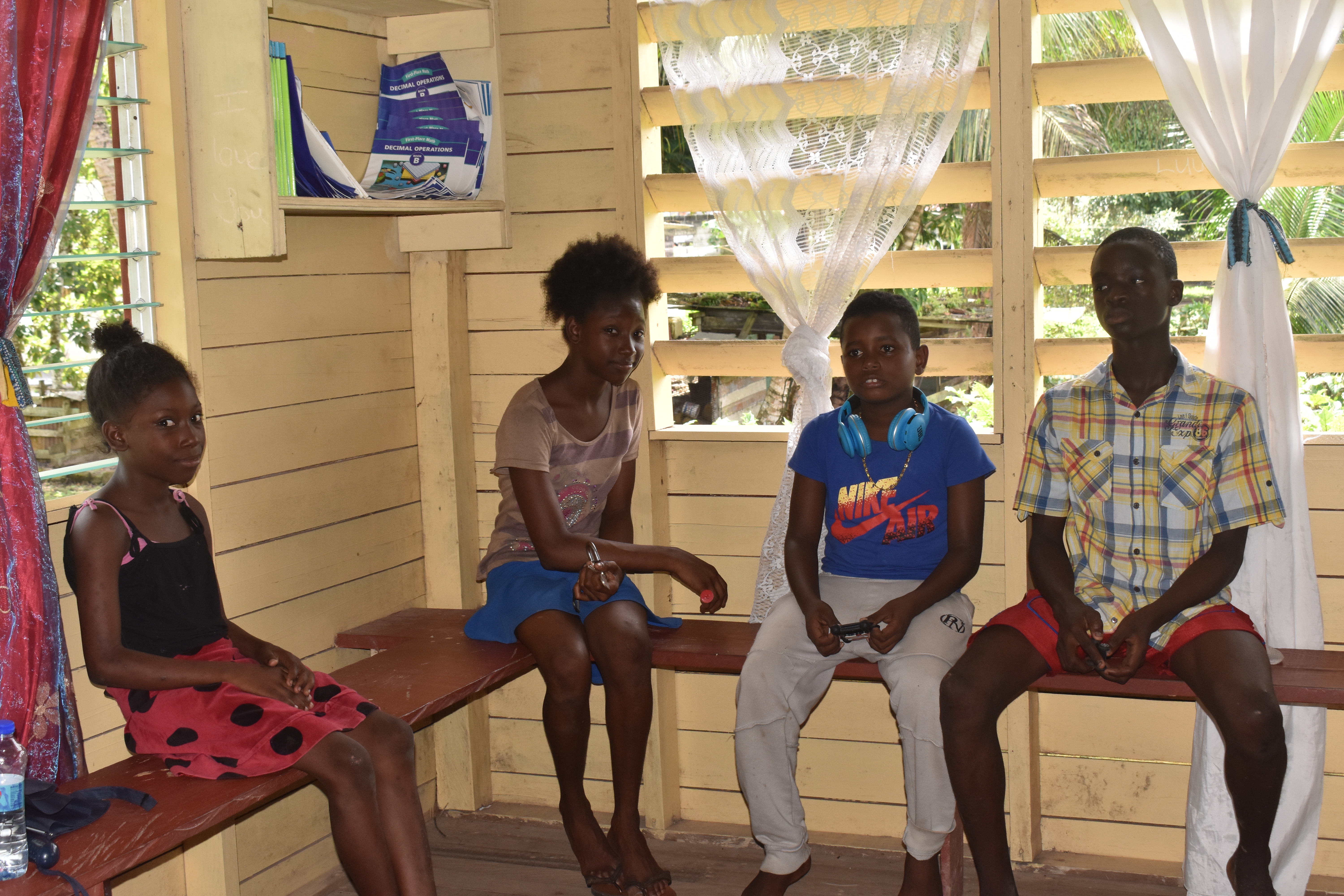 The Youth Center in Old Kara Kara, in the mining town of Linen will soon be rehabilitated as the Ministry of Indigenous Peoples Affairs partner with the Regional Democratic Council (RDC), Region 10.

This will ensure youth are gainfully engaged in a conducive atmosphere that will ultimately benefit the community.

Several Ministers of the Government including Minister within the Ministry of Indigenous Peoples’ Affairs Valerie Garrido-Lowe during an outreach to the Region recently several teams visited several areas to listen to and address the needs of residents.

Minister Garrido-Lowe led a team to the community of Old Kara Kara, where she took the opportunity to listen to the concerns of residents in an effort to having them addressed.

Residents pointed out that they would like to see rehabilitated and a number of amenities added to the facility. Among them, installing lights, replacing a section of the inner walls and roof and upgrade to the walkway.

While visiting the facility, the Minister was able to assess the needs and together with the Regional Democratic Council will ensure those needs are met at the earliest possible time.

She noted that “we as a Government care for our young people and therefore I will make available a Computer Training Kit available to you our young people, where you can learn to use the computer properly. You will also be able to print, scan, photo copy and whatever else you want to do”.

The Minister added that ‘you are the youths of tomorrow, and we will do our best to educate you by building your capacity so that you will be able to be capable leaders of tomorrow”.

A library would also be established at the facility and the youth have expressed delight at hearing this and is eagerly awaiting the centers transformation.

A mother of two said she is happy when the center is fully operational since her children who are presently attending secondary school, will be able to complete their assignments using the computers as well as printing and photocopying.

Minister Garrido-Lowe also took the opportunity of visiting an elderly woman who is in need of a wheel chair, and the Minister said the wheel chair will be delivered shortly.

The Minister also promised to bring training to the women folk there which will assist them in improving their skills so that they will be able to venture into a lucrative income generating business of their choosing.

One resident requested the acquisition of some chickens so that she can maximize opportunities in the poultry industry, and Minister Garrido-Lowe assured her that immediate contact will be made with the Guyana Livestock Development Authority (GLDA) so that her request will be met.

She was also advised that she will receive assistance in acquiring a chicken pen and all the amenities so as to ensure the birds are properly housed.

Also accompanying the team was a renowned athlete and FIFA Trained Referee in Lawrence Griffith, who also engaged the youth and will be returning shortly to provide training.

Meanwhile, Minister Garrido-Lowe also took the opportunity to share the success stories that are taking place nationwide, which is a welcomed transformation for Guyana and Guyanese.

Reflecting on the recent presentation on Budget 2019, the Minister also took the opportunity to refresh in the minds of residents a presentation made by Minister within the Ministry of Communities Valerie Adam-Yearwood who state that those who cannot see that transformation must be suffering from a “sad state of glaucoma”.

Among the transformational initiatives are; restoring Georgetown to the “Garden City” it once was instead of the “Garbage City” Guyanese have gotten so accustomed to seeing, significantly increasing Old age pension which is currently twenty thousand five hundred ($20,500) dollars, public assistance to nine thousand dollars (9,000) and providing scholarships not only for coast landers, but for Hinterland residents as well just to highlight a few.

In 2018 alone, thirty one persons from the Hinterland received full scholarships to attend the University of Guyana.

Residents were also updated on projects being execute by the Ministry throughout the hinterland and noted that similar initiatives can be realized in their community once there is commitment towards positive change which will significantly improve the ambience which currently exist.

Bauxite mining is one of the main economic activities in the town of Linden which has a population of approximately forty thousand, and since taking office in 2015, the Government has since embarked on creating other alternative means of income generation.

Through the Office of the First Lady, hundreds of youth there were trained and continue to receive training to becoming information technology savvy.