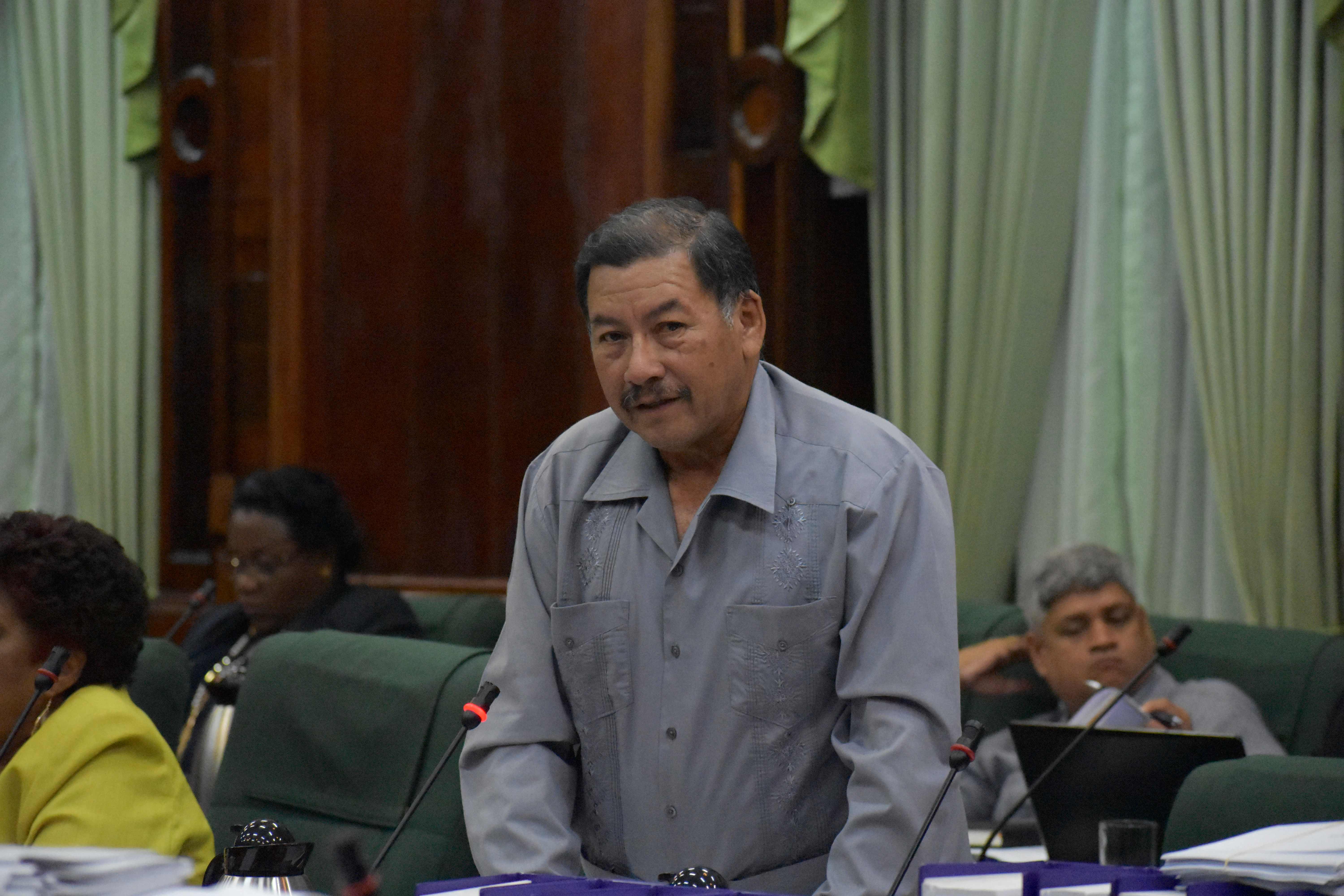 Vice President and Minister of Indigenous Peoples’ Affairs vehemently rejected the motion to withdraw the “Commission of Inquiry surrounding claims of Amerindian land titling, the individual, joint or communal ownership of lands acquired by freed Africans and any other land titling in Guyana”.

During a debate in the national Assembly late last evening, Minister Allicock pointed out that what is being pedaled around by the opposition and the National Toshao’s Council is nothing but misinformation and an attempt to “promote disunity among citizens of Guyana and lacks substance.”

In chronicling the land titling events in Guyana, Minister Allicock reminded that before Independence significant strides were made to ensure indigenous people’s lands were secured.

He pointed out that following the British Guiana Independence Conference in 1965 the Amerindian Lands Commission came into being and following the 1968 Elections, then Prime Minister Linden Forbes Sampson Burnham attended and addressed the first ever Conference of Amerindians Leaders in Guyana.

He said it will therefore be remiss of him for failing to remind the opposition side of the house and the Guyanese people of their history in fear of “falling prey to the suggestion that in Guyana all things began in October 1992”.

Taking a swipe at the Opposition, Minister Allicock said “my honorable friends across the aisle are unhappy with being where they are but wish to assure them that the rest of Guyana has a different perspective on this matter”.

The Minister challenged Opposition Leader and also the mover of the motion the former Amerindian Affairs Minister to “either prove this assertion today in this house or apologize to the indigenous peoples of this land and withdraw this motion forthwith”.

Based on the facts, Minister Allicock said the former Amerindian Affairs Minister and mover of the motion Pauline Sukhai “cannot escape blame for attempting to mislead the house into believing that this COI could undermine the legitimacy of Amerindian land rights, lead to the dispossession of Amerindian land titles and put Guyana on a collision course with its international rights and obligations. This is a case that cannot be proven”.

Turning his attention to the National Toshao’s Council (NTC), the Senior Statesman stated that “four days before this motion is came up for debate  in this honorable house, two leading members of the National Toshao’s Council on a frolic of their own, sought to debate the same non-existing situations while presenting the same untenable arguments as the Peoples Progressive Party”.

The Minister said he is bewildered by the fact that “the NTC which stoutly represented at several fora that the Amerindian Act of 2006 fails to address the indigenous land question and the question of rights. The NTC’s Vice Chair even broke rank with his colleagues of the executive demanding that the Amerindian Land Titling Project be halted until the Act is amended.  Politics being as dynamic as it is the selfsame gentleman who is on record a few days ago saying the same things contained in clause five- an about face of no mean order”.

Mr. Allicock cited fear on the part of the opposition “that the truth about worthless pieces of paper purported to be land titles having been given to the people of Kangaruma and Tasserene and then taken back will be told to the COI, or are they are afraid that the mishandling of applications for lands and the arbitrary slashing of areas applied for will be told, or is afraid of the forced submission of the indigenous peoples through political pressure by select operatives in villages aligned with the Peoples Progressive Party will be made public?”.

He therefore challenged that the work of the Presidential Commission of Inquiry on lands proceed so that the findings and recommendations of the Commission can be used to address this national issue which requires the full participation of all concerned parties with a view to resolving the matters which will come before the Commission.

Minister Allicock said such facts on the significance of the COI should provide enough motivation “to the mover of the motion to honorable remove the motion and perhaps even retreat into political retirement to save face”.

During the annual caucus of Indigenous Leaders last August as part of a ten point plan announced in 2015, President David Granger announced the establishment of a Hinterland and Indigenous People Lands Commission which seeks to address all Indigenous Lands Issues.