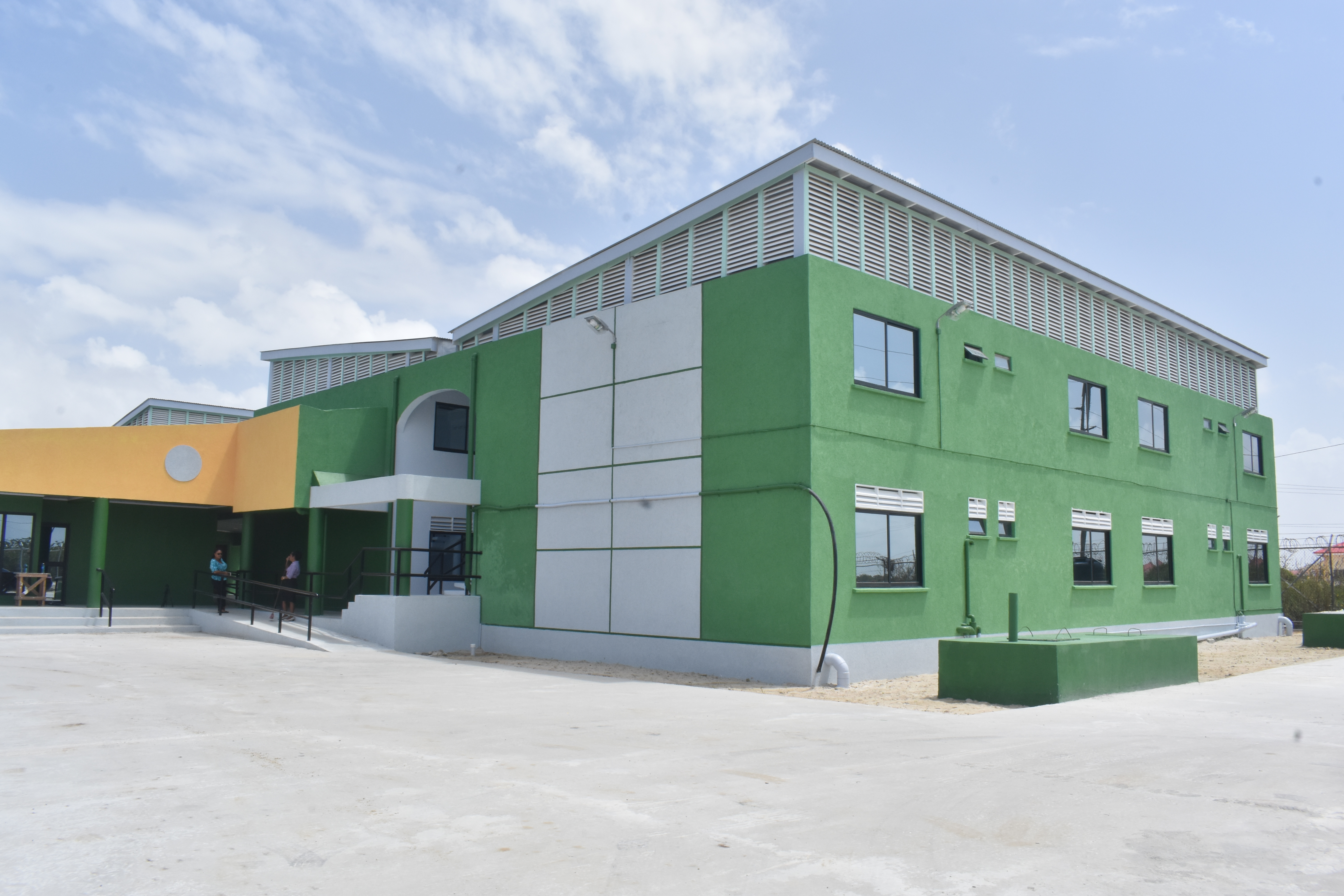 The Ministry of Indigenous Peoples’ Affairs is currently finalizing preparations for this monumental occasion.

The spanking new facility which is aback the current Hinterland Student dormitory is the first of its kind for hinterland students who are pursuing a higher tertiary education.

The 16-apartment facility boasts a male and a female dormitory with each apartment housing eight students at any given time and also boasts a kitchenette, toilet and bath area and also a study area, while the dormitory itself boasts a cooking area, a library and a play area as well as accommodation for two dormitory supervisors.

Currently, several students attending tertiary institutes are being housed at the Secondary Student Dormitory, Liliendaal and at the Indigenous Residence in Princess Street.

Last year, Vice President and Minister of Indigenous Peoples’ Affairs Sydney Allicock said the Ministry was eagerly awaiting the completion of the facility since tertiary students will be able to advance their education in a more conducive environment.

This dream is soon to be realized.

Mrs. David is a retired Head Teacher who has given thirty eight years to the teaching profession.

Over the past ten years, an estimated six hundred students have benefited from hinterland scholarships to attend a number of tertiary institutions in Georgetown among them, the Guyana Technical Institute (G.T.I), Carnegie School of Home Economics, the Guyana School of Agriculture (GSA) and the Guyana Industrial Technical Center (G.I.T.C) both resident and non-resident.

The contractor executing the project is BK International and is being supervised by Kalitech Inc., a consultancy firm.

Meanwhile, in recent years, an estimated six hundred students would have benefited from hinterland scholarships to attend tertiary institutions in Georgetown and accommodation has always been a challenge the reason the Ministry decided to execute such a project.

Educating the nation remains first a foremost on Governments agenda and the provisions of such critical facilities will greatly aid in its bid to bridge the gap between the Hinterland and the Coastland.