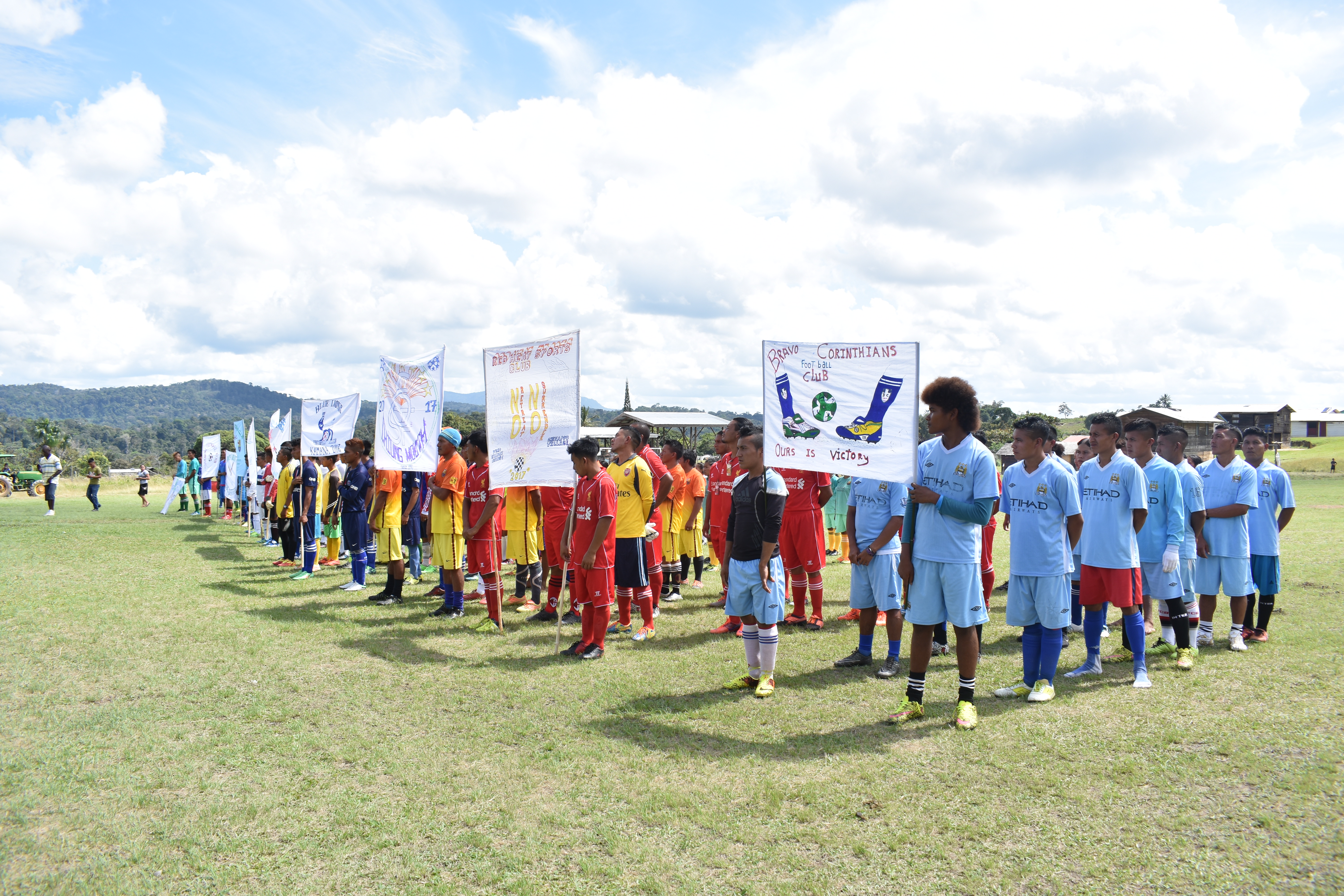 Residents and athletes have expressed gratitude to Minister within the Ministry of Indigenous Peoples’ Affairs Valerie Garrido-Lowe for her invaluable contribution and unwavering support for the North Pakaraima’s Football Tournament which kicked off on Sunday last in Paramakatoi Village, Region 8.

According to residents this is the first time officials from the Government and the Guyana Football Federation (GFF) has played an active part in the inter village male and female football competition which has been ongoing for close to fifteen years.

Minister Garrido-Lowe during her address to close to three hundred athletes and several hundred residents pledged the Ministry of Indigenous Peoples’ Affairs commitment to providing support for the improvement of the tournament which has attracted nineteen teams – six female and thirteen male teams from across the North Pakaraima region.

The Minister also noted the commitment shown by villages to preserve this competition singlehandedly over the years.

“You were waiting on word as to when to travel so when you were told to travel you were ready and Mr. President of the GFF, this is how dedicated and devoted the people are in these communities. This is how football influences our people, that they walk for distances and days, fetching their pots and pans and hammocks and come and tie them up and be here for days and play the best games they can play – all for the love of the beautiful game. ”

Region eight, according to Minister Garrido-Lowe, possesses a rich and unique indigenous talent as it relates to sport and which must be showcased around the country, the main reason for her and the head of the local football fraternity attending the tournament.

According to the Minister, it has always been her passion to see the standard of football in the region reach new heights as well as gain the recognition it so deserves, and this year’s tournament is deemed a resounding success.

He also commended Minister Garrido-Lowe for her commitment and passion demonstrated, so that the regions athletes can gain tremendous benefits from her initiatives.

“I think that today represents a momentous occasion for the people and for football in Paramakatoi. The hard working, committed Minister Valerie Garrido-Lowe is responsible for me being here, she is persistent and passionate about football and the development of the indigenous peoples and we as a federation see this as a glorious opportunity to working in partnership with her”.

He added that the GFF has done tremendous work in the development and expansion of football in the hinterland communities since “for the first time we have a female under 17 team that has a total of seven players from the indigenous communities and five indigenous  under 15 players who recently returned from the US and we at the federation understand that we would never develop football in Guyana unless we can tap into the exceptional talent that exist within these communities so we have a partner with you”.

He has set the stakes high since teams emerging winners of the male and female competitions will be given the opportunity to compete in a tournament in Georgetown at the expense of the GFF.

A number of captains from the respective football teams say they are grateful to the Ministry of Indigenous Peoples’ Affairs, more so Minister Garrido-Lowe, for her support since their aim for participating in the tournament was ached.

The Ministry donated trophies to be presented to the winning teams, while the GFF has donated a quantity of football gear to participating clubs.

According to Minister Garrido-Lowe, the Ministry of Indigenous Peoples’ Affairs and the Government of Guyana remains committed to the development of sports in the hinterland.

The Minister however noted that Government cannot do it alone and as such is calling on cooperate Guyana to follow in the footsteps of a number of businesses that continue to give support towards achieving this goal.

The most recent company to give the Ministry its fullest support is JAGS Aviation that has donated a large quantity of food stuff to the teams participating in the North Pakaraima’s Football Tournament.