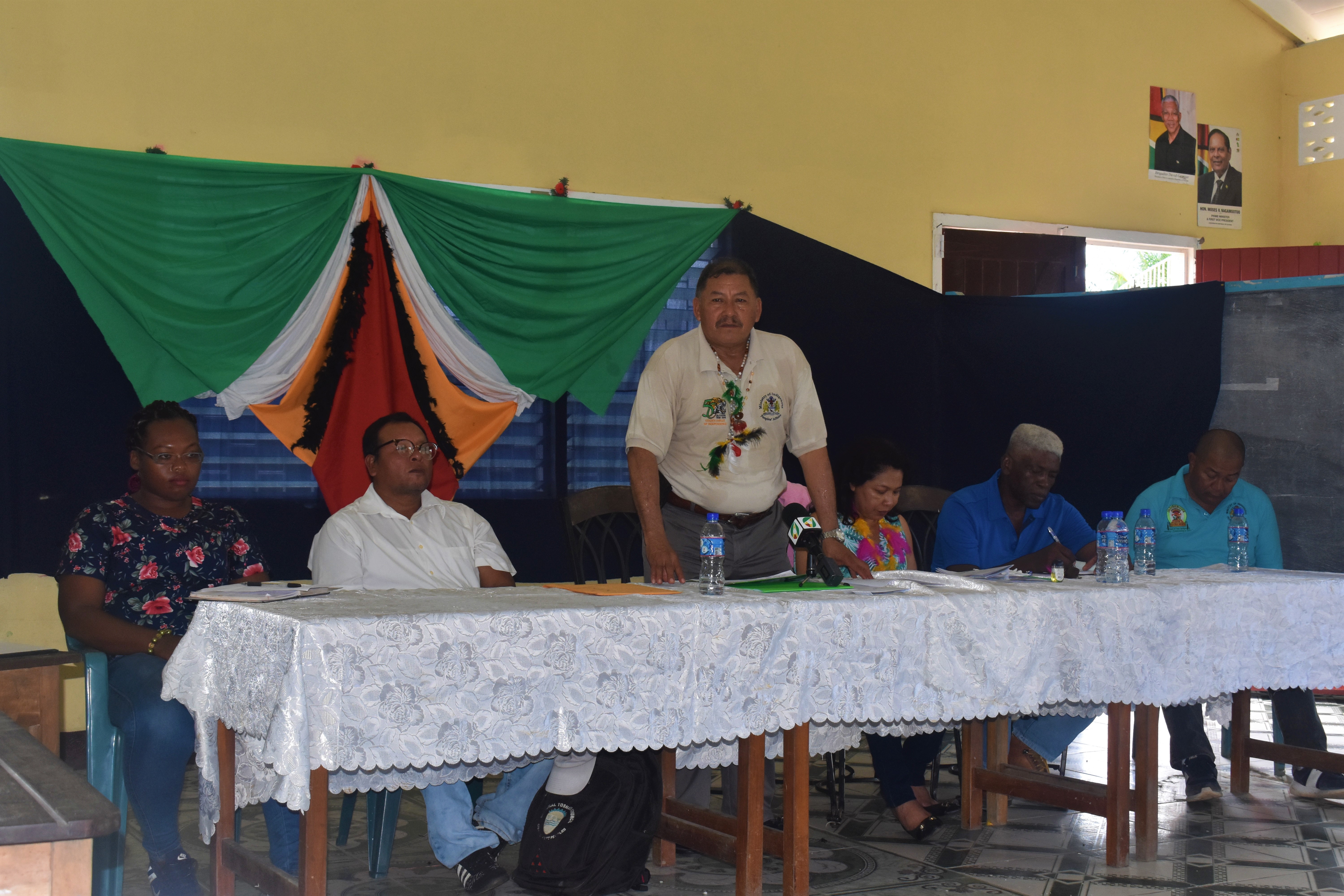 Among the beneficiaries were young mothers and pensioners who were selected through a transparent process conducted by the village.

Both mothers say how grateful they are to the Government for making the dream of living in a comfortable home a reality.

A Section of the gathering attending the meeting in Sebai Village.

The Minister said Government is committed to improving the lives of all citizens since “we are a caring Government, we care for our people especially where you live even if it’s a small community you are Guyanese, and Guyana belongs to all of us and that is why whatever opportunities or benefits that are in order must be distributed not really equally but equitably”.

Commending the village on a smooth and transparent selection process Minister Hastings-Williams noted that “we will continue to promote transparency and accountability because these monies that you receive are taxpayer’s money and it’s not free and you ought to cherish it and use it wisely to get maximum benefits”.

Meanwhile, residents of Sebai have not only benefitted from housing improvements during this calendar year, but other valuable items.

The Village also received from the Ministry of Indigenous Peoples’ Affairs a brush cutter which will be used for village enhancement purposes as well as create job opportunities.

Residents are also beneficiaries of a number of agriculture tools as well as twenty five thousand dollars to purchase plant materials.

The three hundred and seventy two residents of Sebai which is located approximately twenty five miles away from central Port Kaituma depend mainly on logging, small scale farming, fishing and hunting for their daily sustenance.