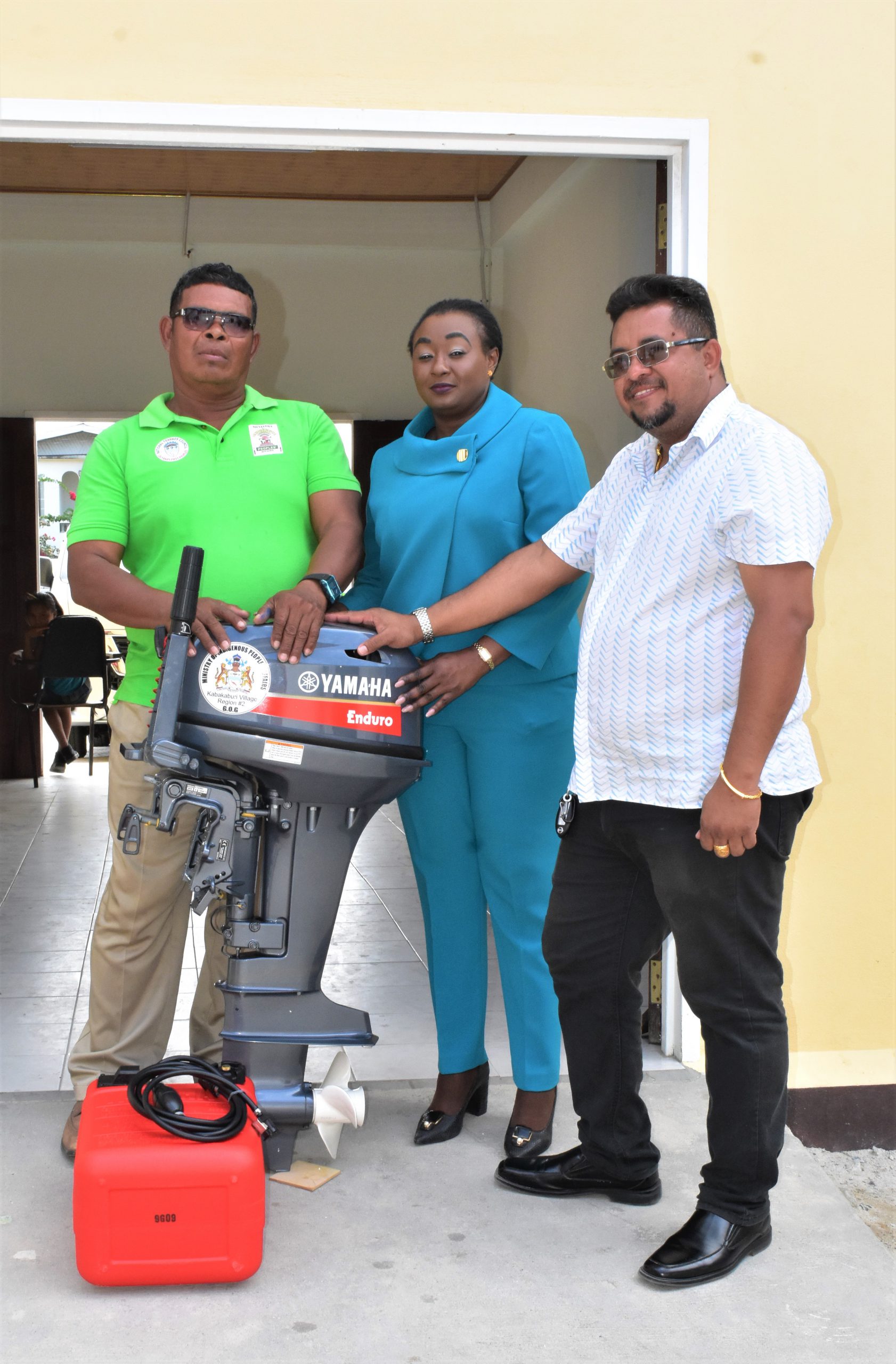 Vice President and Minister of Indigenous Peoples’ Affairs Sydney Allicock on Wednesday delivered on a promise made to residents of Kabakaburi Village, Upper Pomeroon River, Region 2.

Less than twenty four hours after visiting the village, Toshao Sherman Lyte received an outboard engine which was handed over by Personal Assistant Errol Ross on behalf of Minister Allicock in the presence of Permanent Secretary in the Ministry Sherie Samantha Fedee.

The simple yet significant handing over was done at the Indigenous Residence, Princess Street.

During his interaction with residents on Wednesday, Minister Allicock heard of the challenges villagers face in accessing certain areas of the village especially persons seeking medical attention, the elderly and school children.

After receiving the outboard engine, Toshao Lyte said “I want to say thanks to the Vice President the Honorable Sydney Allicock for responding so quickly to our answers and we want to appreciate the Government and the President and I believe the Government is doing good”.

Ross speaking on behalf of Minister Allicock said “you requested of the Honorable Minister on his visit there an outboard to assist with the school children, patients and the elderly and on behalf of the Minister I would like to hand over to you a fifteen horsepower and I hope that you use it for the purpose intended, that is to benefit your community.”

An estimated eight hundred residents stand to benefit from this much needed equipment which will bring immediate relief.

This is the second village along the upper Pomeroon River to benefit from an outboard engine a day apart, after Minister Allicock yet again delivered on a promise made to residents of Karawab for an outboard engine to support students who journey daily to attend the Kabakaburi Primary School and also pensioners in the community.

Minister Allicock delivered the outboard engine to Karawab on Tuesday while on a visit to the community.