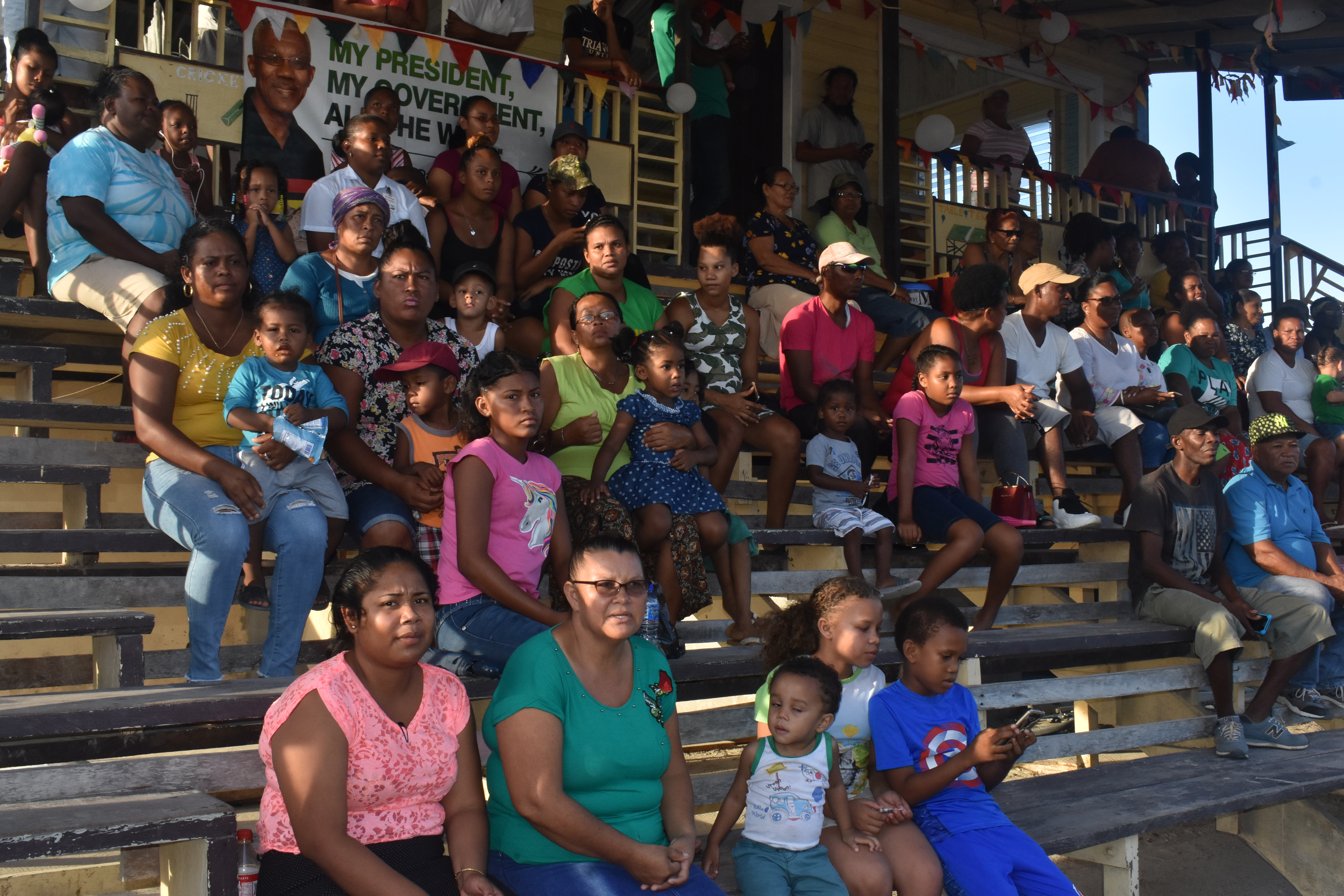 Forty residents of Coomacka Mines, Upper Demerara – Upper Berbice, Region 10 on Tuesday received their agreements of sale for lands for the construction of their homes.

This also followed “Government Comes to You” outreach in the Mining town, the 7th to be held nationwide which is aimed at reaching out to all Guyanese and listening to and addressing their concerns.

Minister of State Dawn Hastings-Williams said the agreements would ensure squatting is eliminated and all Guyanese can have the opportunity of owning their own homes and Government will continue to deliver to its people.

“We not only make promises but we follow up then we come to deliver. So I am very happy that we could have given out at least forty agreements of sale that’s an indication that you will soon have your own land titles. Government will continue to work for you and address your issues, we believe in coming to listen to you and find out what your issues are”.

Speaking about developmental plans for Coomacka Mines, Minister Hastings-Williams noted that “I understand that it was over one hundred and forty nine titles in process and we delivered forty today. I also understand when it rains you suffer from a lot from flooding so to assist with flooding, you have one hundred million dollars ($100M) budgeted”.

Minister Allicock said the approach taken by Government to ensure development “is not a one-way street, Government can only do so much and you also can only do so much, coming together will make things happen in a more timely manner with respect and that is why it is so crucial for us to understand that in development everyone has a responsibility”.

Minister of Social Cohesion Dr. George Norton assured residents that “you in Coomacka can enjoy same benefits like other comminutes and that is why we are here to work with you, to find out what it is you want and how we can help you”.

Youth development and building a cohesive Guyana remains a top priority for Governments and according to Dr. Norton, “we want to be able to help the youths… The coalition government has you in their heart and I want to tell you this there is no man that influences me so much when I hear President Granger speak about the legacy he wants to leave for our youths”.

Meanwhile, after receiving her agreement of sale an jubilant Odessa Bremner said “I feel so happy, over joyed I have been waiting for this for quite a lil while now so I am happy and my son get through too. I’m very happy and thankful to the Government of Guyana for all they have done for us here in Coomacka”.

Residents received their allotment via a “Lotto Style” selection process with the remaining one hundred and nine allocations to be completed shortly.

During Tuesday’s outreach in Region 10, hundreds took the opportunity to have their decade old land issues addressed as Government continues to reach out to the people.