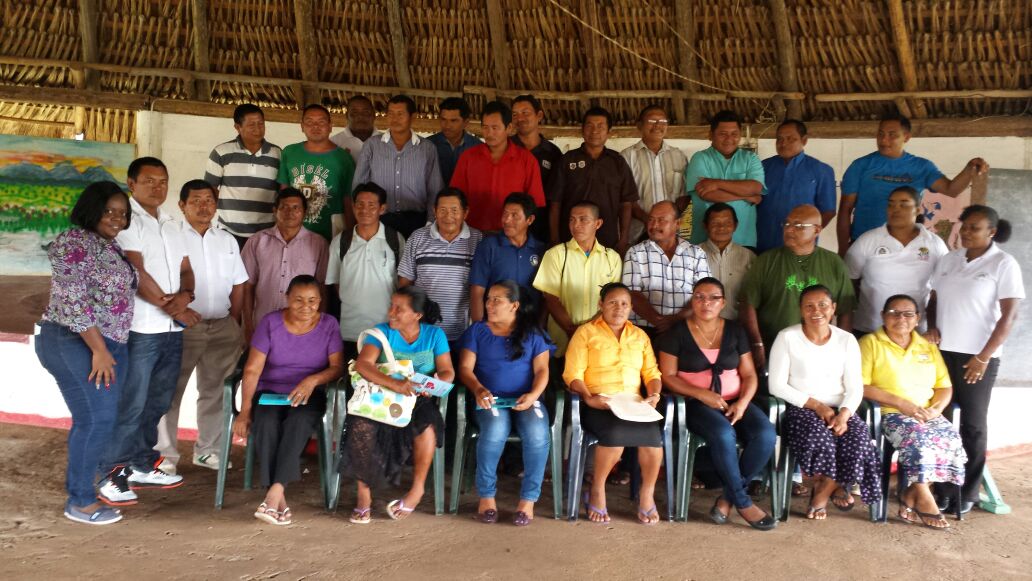 Sexual Abuse and the Sexual Offences Act, Domestic Violence Act, Human Trafficking and the Counter Trafficking in Persons Act and other Labour Related Issues were all addressed when a team from the Ministry of Indigenous Peoples’ Affairs (MoIPA) and Social Protection’s Labour Department recently conducted a two-day Sensitization Workshop with eighteen Village Councils in Region 9.

The villages participated were drawn from Central and South/Central Rupununi and held in St. Ignatius.

This collaboration seeks to inform Village Councils of their rights and responsibilities under the Sexual Offences Act, the Domestic Violence Act, the Labour Act and the Combating Trafficking in Persons Act.

A section of the gathering.

It has been noted that when social issues arise, persons in the communities are sometimes unaware of the procedures that should be followed; therefore leaving them vulnerable in the process, thus the need for sensitization.

The villages were asked to select two persons who are community oriented to receive training so they can return with a reservoir of knowledge to be shared with residents of the respective villages.

Welch said “coming out from this important exercise, persons were able to have a better understanding of critical aspects of the labour, sexual offences, domestic violence and trafficking in persons act. Misconceptions were clarified as it relates to the roles of law enforcement officers and the various agencies involved in addressing these issues”.

She also noted that “participants pointed out the need for additional human resources to assist in addressing these issues, while there must be a more concerted effort by those in authority to prosecute perpetrators.”

Participants welcomed this initiative and requested future training in parenting skills, while a request was also made to the Ministry of Social Protection to establish a labour office in the region.

As part of its commitment in the fight to enable our indigenous peoples’, the Ministry has recognized the need for villages to become more aware of society’s social ills and the approach needed to adequately address them.

The Ministry is in the process of planning a similar session for Aishalton Village, Deep South Rupununi in early August, while similar interventions will be made in Annai and Karasabai are set for later in the year.