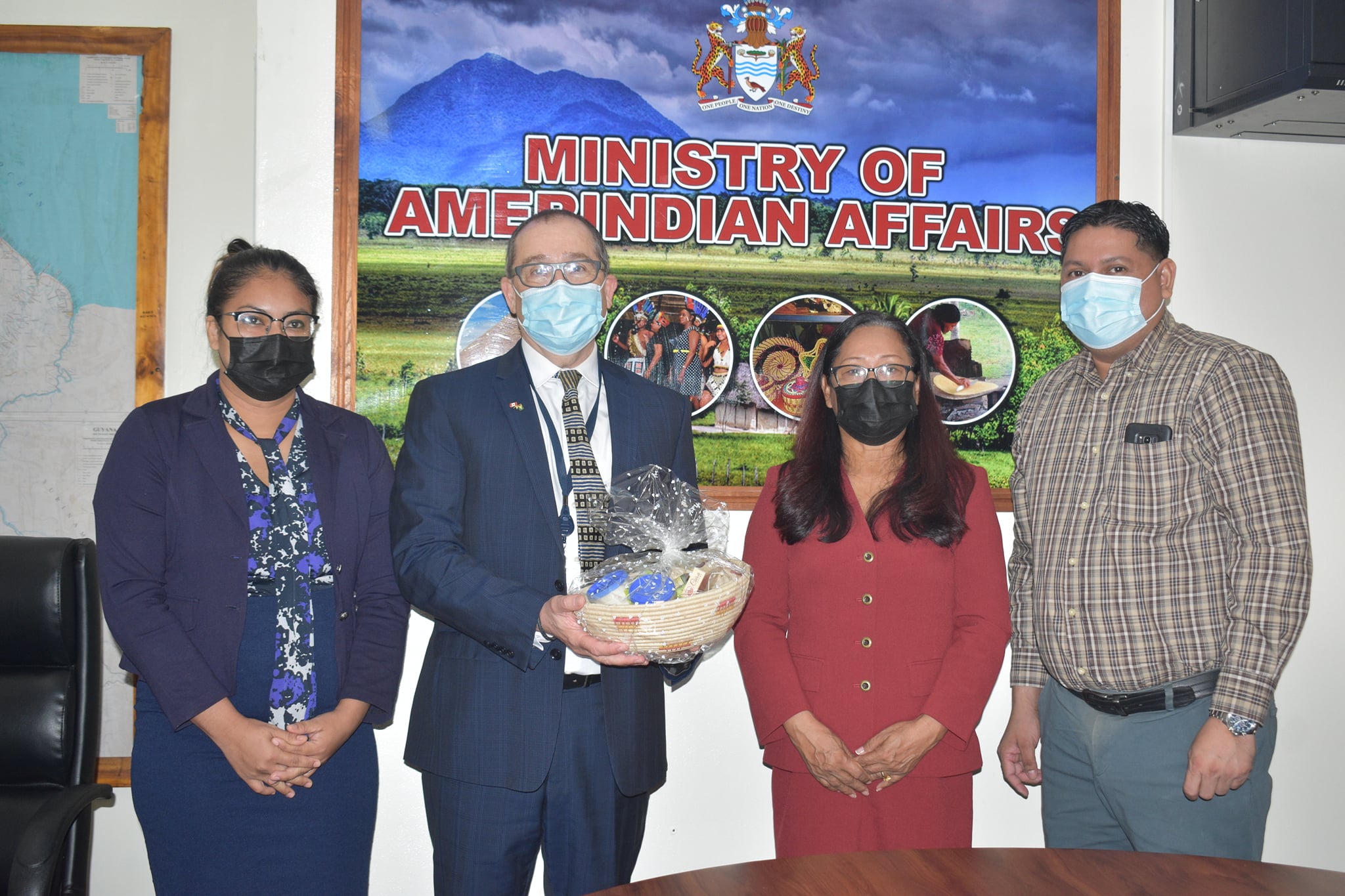 The newly accredited High Commissioner Extraordinary and Plenipotentiary of Canada to Guyana, His Excellency Mark Berman today (August 4th, 2021) paid a Courtesy Visit to the Honourable Pauline Sukhai MP, Minister of Amerindian Affairs, at her Thomas and Quamina Streets Office.

Discussions between High Commissioner , H.E Berman and Hon. Minister Sukhai focused on the work of the Ministry of Amerindian Affairs including ongoing projects and programmes.

In addition, collaboration and support for several potential areas were suggested.

Canada and Guyana established Diplomatic Relations in March 1964. Both countries have shared a legacy of development and prosperity in areas such as Foreign Policy, Trade and Security.