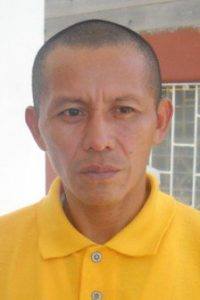 Minister of Indigenous Peoples’ Affairs Sydney Allicock is calling on the public to report cases of domestic abuse.

The Minister made this comment following the recent demise of Toshao Solomon Lewis of Kurutuku Village (Middle Maz), Region 7.

The Minister said such situations “has been a worry for a very long time and while the Toshao’s are rural constables, where they have the powers of arrest, they will still be insecurities as we have witnessed in this case, the overpowering of wrong doers of the authority of the Village Council”.

The Minister added that “this is something the villages and communities need to focus on and to take early step of curbing that situation to avoid another mishap. With this situation, I was told that this is not the first nor the second time that he has been an abusive partner, and who happens to be the daughter of the Toshao and it’s really, really sad”, Minister Allicock said.

He pointed out the need to have proactive Community Policing Groups noting that “we will have to find a way of encouraging Village Councils are establish Policing Groups who will deal with such matters at that level and who can also bring such cases to the relevant authorities”.

Meanwhile, Minister within the Ministry Valerie Garrido-Lowe who has direct responsibility for social and welfare issues said the Ministry has taken steps to address such issues by employing and training Welfare Officers as well as providing training for members of the respective Village Councils.

“Minister Allicock and I after viewing the situation, decided that Welfare Officers should be employed and trained in Regions 1, 7, 8 & 9 so that they can help in these situations. We employed seven in 2018 and two more will be employed in 2019. They received training for one month on all these issues, where they would be able to give counsel, give advice to teenagers, women and men in a professional way”, the Minister assured.

Like Minister Allicock, Minister Garrido-Lowe shared a similar concern where villages “would close ranks and no one wants to speak out against the perpetrator and sometimes the victim themselves would not want to speak. Sometimes when it’s extreme then it would go further”.

The Minister said “that is why Welfare officers were employed form within the villages and received the appropriate training so that they can speak with their people and in turn listen to them, so it is something that we hope will yield positive results”.

Minister Garrido-Lowe said while much was accomplished, much more will be done, since the Ministry is aware that such issues must be addressed frontally.

Additionally, Minister Garrido-Lowe says she will visit the village in the coming weeks to meet with the women folk to ensure they are empowered “not only financially or economically, but also educate them in regards to their rights. The Ministry has much more to do to ensure that the Indigenous peoples learn their rights, learn about domestic violence, the Amerindian Act and incest. Even the teenagers in the schools, we also have to ensure that the Ministry of Education disseminate information to the Primary Schools with regards to what is appropriate behavior in terms of touching. It’s a journey we have taken and we will ensure we complete it”.

To date, two Welfare Officers are currently employed in Region 1, one in Region 8 and four in region 9.

While both Ministers have expressed regret for this unfortunate incident, they have assured that the Ministry will provide every assistance possible to relatives during this difficult time.

Meanwhile, the passing of Toshao Lewis has put a dent on the village’s governance structure and Minister Garrido-Lowe said as soon as the Village Council can meet after “this shock”, systems will be put in place to elect a new leader. In the meantime, the Deputy Toshao is performing duties of Toshao.