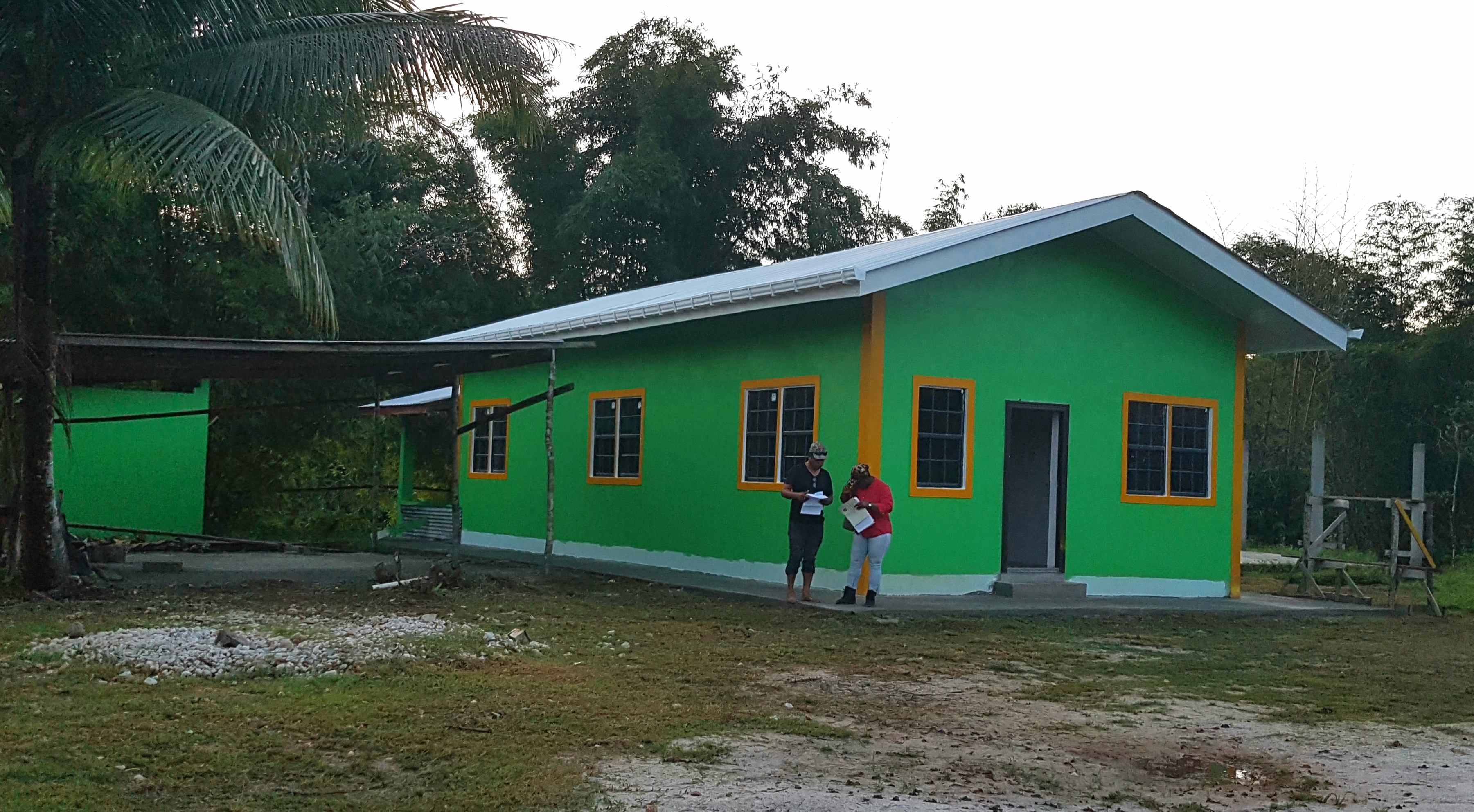 The Cassava Flour Processing Facility in Kwebanna Village, Moruca sub-district, Barima-Waini, Region 1 has received the nod from the Government Analyst Food and Drug Department (GA-FDD) for ensuring the facility is built to international standards.

Minister within the Ministry of Indigenous Peoples’ Affairs Valerie Garrido-Lowe recently led a team to Kwebanna Village, which included Ms. Donnette Bab an Inspector from the FDD who conducted a thorough inspection of the facility.

Following the inspection, Ms. Bab told residents at a general village meeting that “what you have here is a beautiful building. However, the Food and Drug Department looks at your labelling, the process, we test your product from farm to table or from raw materials down to distribution. So we are here along with the environmental officer in Region 1 to assist you”.

The much talked about project is a commitment made by Minister Garrido-Lowe towards helping the indigenous peoples raise their standard of living which according to here “makes me enjoy working with them and our President believes that every Guyanese deserves to live a good life no matter where they live”.

The project which is in line with the Government’s Green State Development Strategy and the Sustainable Development Goals has been receiving tremendous support particularly from villagers who are eager to see operations commence. They have since cultivated more than thirty acres of cassava.

Minister Garrido-Lowe told residents that “in a couple of years your cassava processing facility will evolve into a huge enterprise, because as a country, a rich one too, we have to prepare for the influx of investors who will come. So we don’t want to stop progress”.

Over the years, farmers have been lamenting the fact that there is limited market opportunities for their produce and with the establishment of this facility along with three other massive economic projects, (the Fish and Crab Facility in Smith Creek, Mabaruma, Region 1 the Ground Coffee Project in Santa Rosa, Moruca, Region 1 and the Lapidary in Monkey Mountain, Region 8), Government would have responded to their pleas.

The team visited seventeen farms in the area over the two day period and was able to share with farmers improved planting techniques and pest control methods to vastly improve yields.

Minister Garrido-Lowe at the time reminded that “the hinterland has great prospects in agriculture and tourism and our people are willing to work to raise their standard of living and they are not afraid to try new things. The Pakaraima Flavours Sun-dried Tomato Ketchup is testimony to that fact; our people are hardworking and when they make up their minds to do something for their benefit, they can deliver for themselves and others. All they need is the financial support which Government has already committed to, for both the cassava flour and the ground coffee production, the technical assistance in the farms and, of course, training in the value-added process. My job really is to put things together and to motivate them, and believe in them… so I get easy job.”

Kwebanna which is located along the Waini River is home to approximately six hundred and fifty (650) residents with its main economic activity being lumbering, farming, traditional fishing and hunting.

With the establishment of the Processing Facility, the livelihoods of residents will improve tremendously.