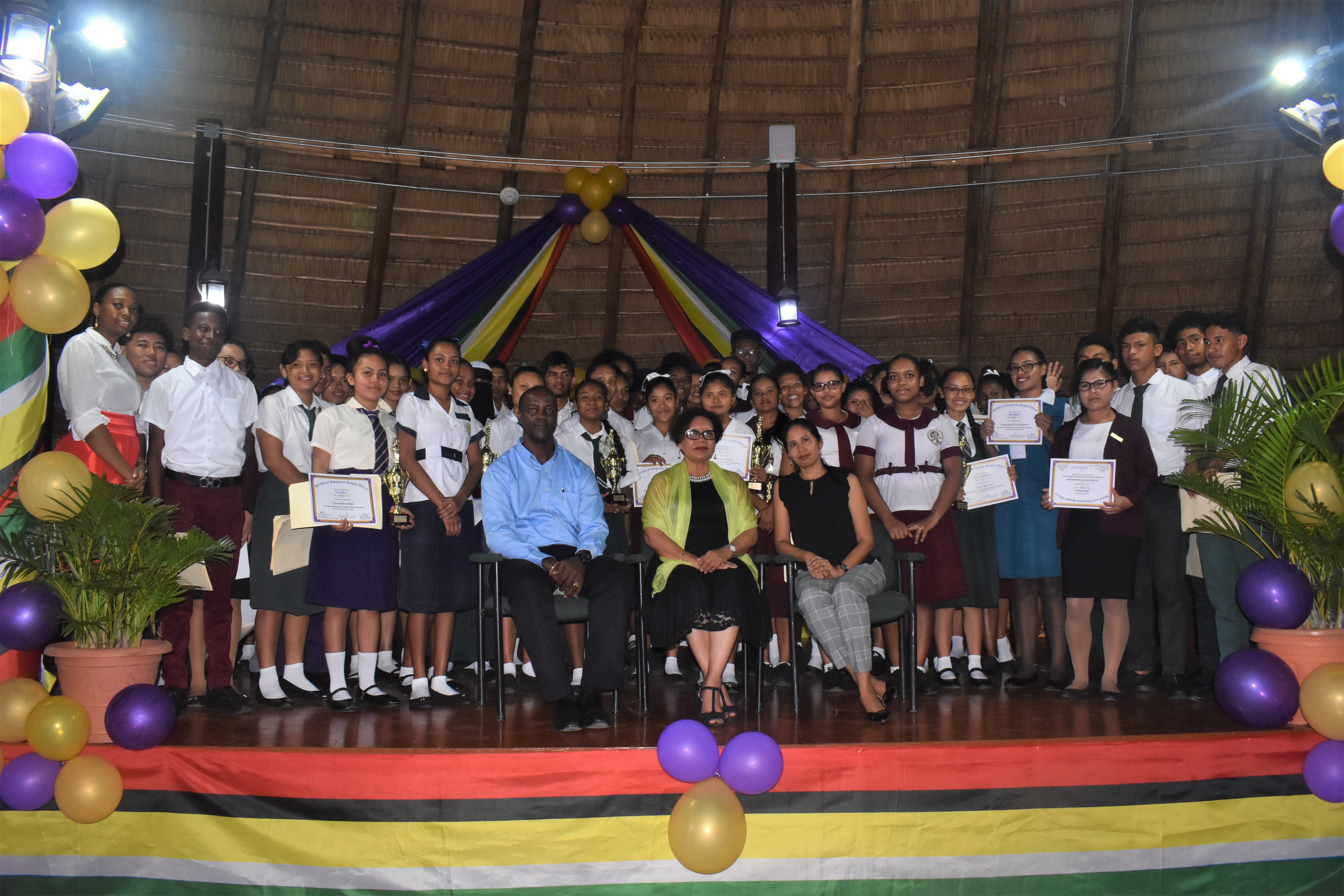 Ninety-seven students from the Hinterland Scholarship Division in the Ministry of Indigenous Peoples’ Affairs have successfully completed the Secondary Education Program and will soon be pursuing bigger dreams.

Minister within the Ministry Valerie Garrido-Lowe and Permanent Secretary Alfred King were among other staff, relatives, friends and well-wishers present to congratulate the graduates.

During the feature address Minister Garrido-Lowe noted that “it is very pleasing that we are sending skilled persons into the respective regions to better their communities…..Human Capital Development is a front burner subject of any Governments agenda. Our Government is proud of the fact that we have been allocating much more resources towards this cause, and this has been resulting in the way we approach development in Guyana”.

The Minister reminded that Guyana is on the cusp of economic transformation and the role every citizen play is paramount while noting that “we need more educators, health workers, professional agriculturists and business people. The Ministry of Indigenous peoples’ Affairs has been tirelessly doing its part and will continue to push harder for real time development of our peoples”.

Over the past two years, Minister Garrido-Lowe has been championing several sustainable economic projects in the various regions and she took the opportunity to challenge the young people to pursue a higher education since “we need technical and qualified people to carry out these initiatives to the highest level”.

Quoting from the Nobel Prize winner for Physics, the renowned Albert Einstein who said once said “education is not learning of facts, but the training of the mind to think”, Member of Parliament and Ministerial Advisor Mervin Williams challenged the graduates that “having achieved what you have achieved, I believe it is imperative that you pay keen attention to Einstein’s admonition, you are now at a stage where you must train the mind to think”.

Reflecting on the years that are now behind them Amisha Ramdin of St. Ignatius Secondary said “I am grateful for the scholarship that I was awarded it came as a surprise to me…. and now five years have passed. I would like to thank everyone who have contributed to my success”.

Some six hundred and eight students are currently enrolled in the program across all ten administrative regions.