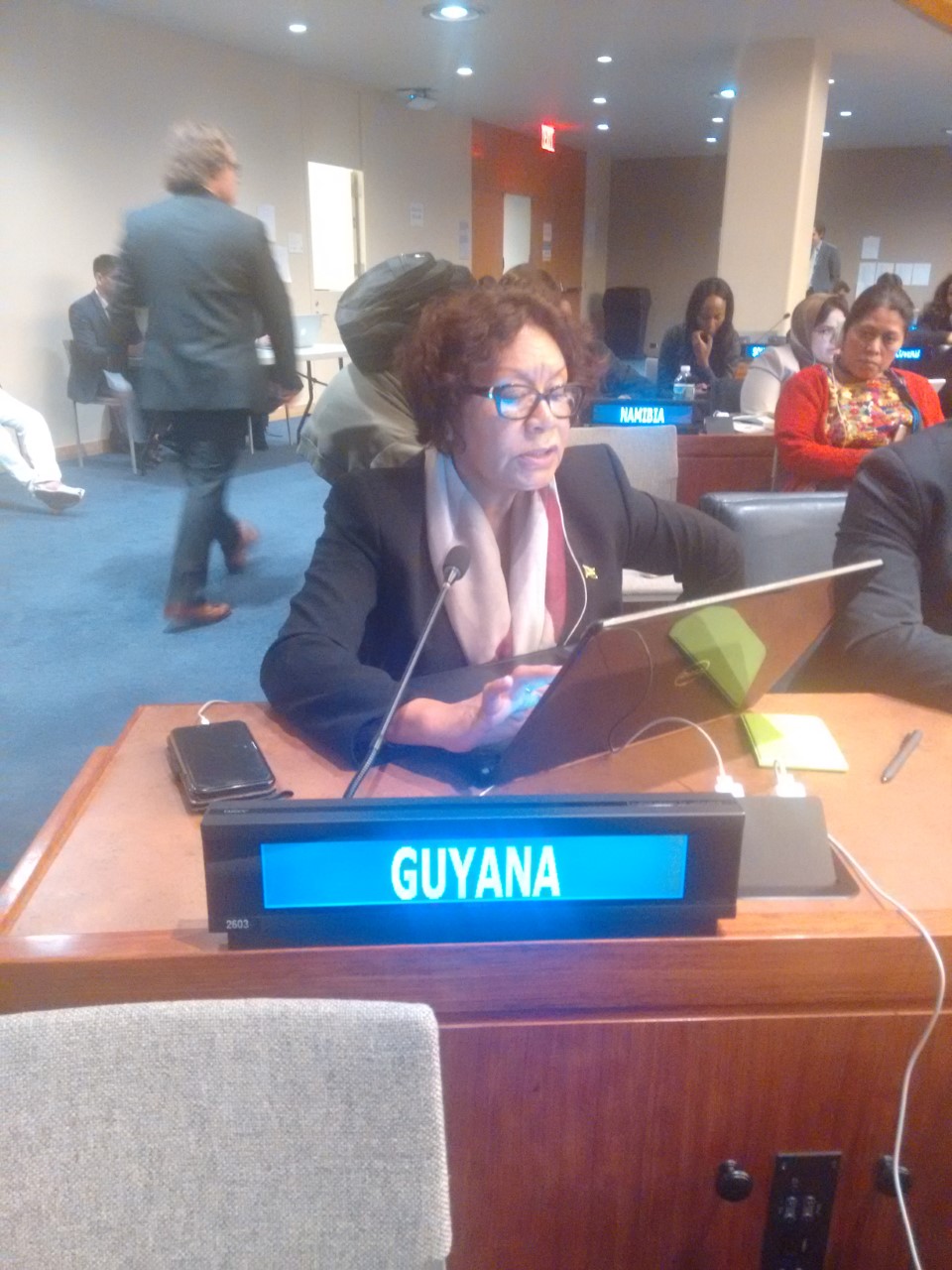 Madam Chair, Members of the Permanent Forum, I bring special greetings to you from HE President David Granger, and the Government of the Co-operative Republic of Guyana.

I would like to commend the good work of the Permanent Forum and assure you also that Guyana stands ready to embrace 2019 as International Year of Indigenous Languages. As a country, we are absolutely proud of the fact that at least 80% of our approximately 80,000 Indigenous Guyanese, speak their own language, and with support from the Ministry of Indigenous Peoples’ Affairs through its continuous language revival programme, catered for in the country’s National Budget, the other 20% will also be able to speak and write the languages of their ancestors.

Madam Chair, with respect to the 2030 Sustainable Agenda and its specific provisions for the indigenous peoples, the proposed Guyana’s Vision 2030 is as follows:

“A Green, Inclusive and Prosperous Guyana that provides a good quality of life for all its citizens, based on a sound education and social protection, low-carbon resilient development, green and decent jobs, economic opportunities, individual equality, justice, and political empowerment. Guyana serves as a model of sustainable development and environmental security worldwide, demonstrating the transition to a decarbonized and resource efficient economy that values and integrates the multi-ethnicity of our country and enhances the quality of life for all Guyanese.”

The Ministry of Indigenous Peoples Affairs in collaboration with Conservation International-Guyana,  World Wild Life-Guyana, and the Indigenous Peoples at large, have come together to implement the Sustainable Development Framework – which will see the Indigenous Villages and Communities developing their 10-year Village Improvement Plan (VIP). These plans will include priority programmes and projects that will contribute to their development, and at the same time, be aligned to national and international goals that will contribute to the country’s goal attainment of having Indigenous people and their communities, play vital roles in environmental management and development – in line with their knowledge and traditional practices.

Madam Chair, the Cooperative Republic of Guyana has been making great strides in dealing with the 2030 sustainable Agenda – specifically as it relates to the alleviation of poverty among our Indigenous Peoples.  It is anticipated that with the resources and proceeds of the emerging oil industry, more sustainable projects will be taken to our peoples in the hinterland and more infrastructure will be put in place to reduce the gap in terms of economic development, between the coastal areas and the hinterlands.

Already, my Government has started to commission several radio stations across the country which will ensure that our indigenous peoples are au fait with current affairs and are edified in relation to ways and means in which they can keep themselves healthy and practice good governance. This drive is instrumental in improving the access to information by far-flung areas. This development will also facilitate the promotion of the use of the languages of the nine nations that make up our indigenous population in Guyana’s interior.

Madam Chair, our people – the indigenous peoples of Guyana is being empowered in all spheres of development- physically, socio-economically and politically.  With the inclusionary approach to development and the active input of the people themselves, my Government is confident that sustainable livelihood will be brought to the fore, allowing for meaningful contributions of the indigenous peoples towards the building of Guyana.