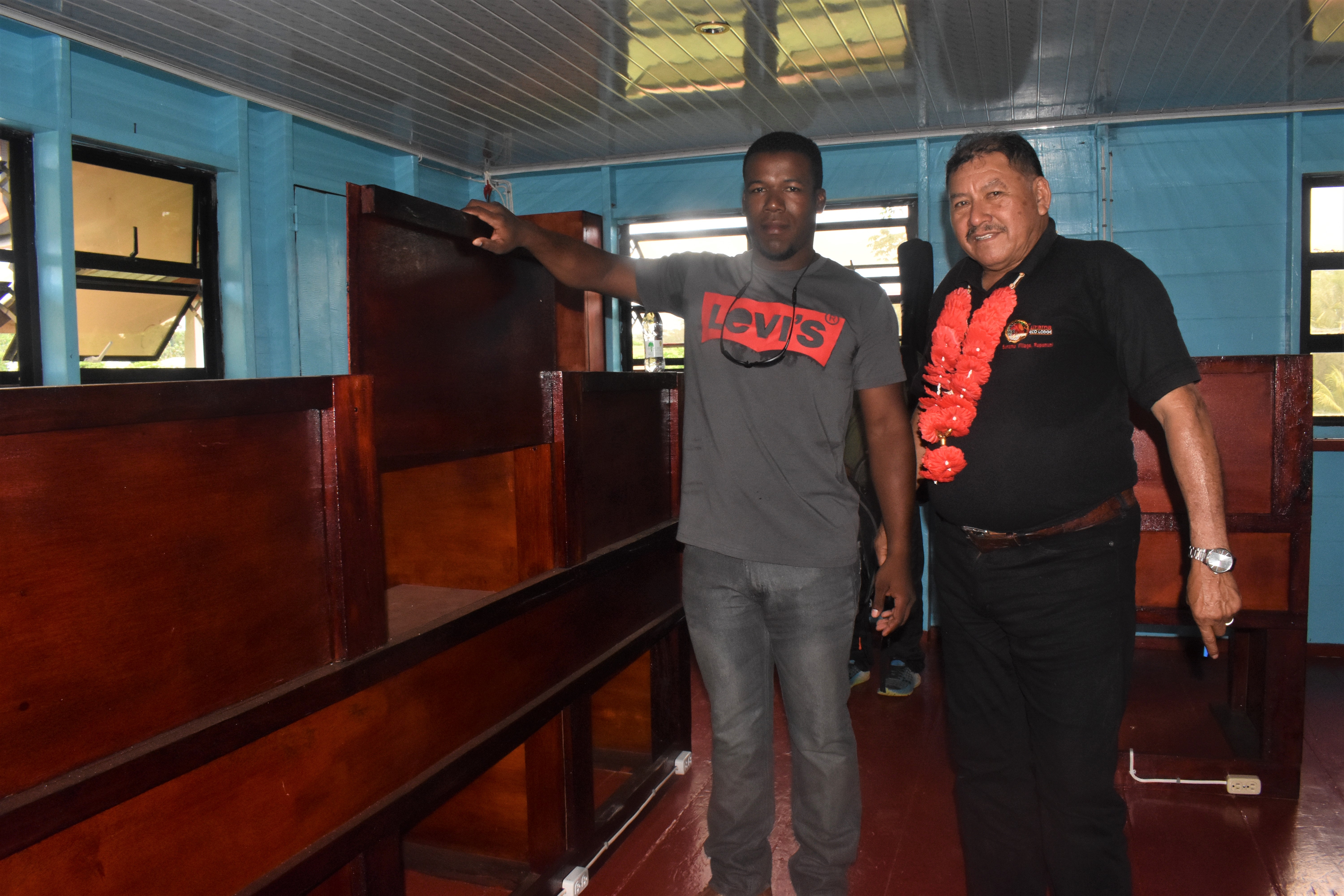 The Village Council led by Toshao Sharmaine Rambajue already has the facility completed with fifteen cubicles for the computers which will be installed by the National Data Management Authority (NDMA) which falls under the purview of the Ministry of Public Telecommunications.

Vice President and Minister of Indigenous Peoples’ Affairs Sydney Allicock during a Ministerial outreach to the village recently noted that “the Hub is a necessity at this time of development and especially for the teachers and the students but what is needed is more technical training at a simpler level so that they can grow because this has been a community that has been neglected for so long and they have now been given the opportunity of access to better quality education”.

The Minister said he is confident that residents have the potential to ensure their own development stating that “we have seen that they can really do well if given the chance and I am very happy that it is in that area and it is for us to continue to give the support needed until they can be able to be on their own in managing the facility and making good use of it in business and other areas of need”.

Baramita which is the largest Carib population of approximately four thousand has been plagued with alcoholism, suicide, sexual and domestic abuse over the years and has recorded some seventy eight suicides since 2005.

Since the APNU-AFC Government took office in 2015, an inter-Ministerial Task Force was established by President David Granger to address those issues and to date, significant strides have been made to ensure the village can enjoy social and economic benefits, similar to the rest of Guyana.

A careful assessment was carried out and to date children are benefitting from scholarships and plans are there for the revision of the curriculum under the Ministry of Education, one student is currently attending the Guyana Industrial Training Center (GITC), while two youth participated in the Hinterland Employment Youth Service (HEYS) Program, with each having established successful businesses.

Other notable strides made were the establishment of a Youth Club by the Guyana Police Force which attracted more than one hundred young people who were sensitized on health and wellbeing and the negative effects of substance abuse and lack of education.

The Ministry of Social Cohesion also played an active role by deploying one of its most experienced football coaches to the community in Mr. Gordon Brathwaite, who believes that sport can be a stimulus to bring about the much needed change in the community.

The Ministry of Agriculture and National Agriculture Research and Extension Institute (NAREI) are also working with residents who are interested in farming and so far several have received a quantity of planting materials.

Residents also received training in poultry production from the Guyana Livestock Development Authority (GLDA) and is preparing to establish small farms of their own.

The ICT Hub also fits into the village’s developmental plans along with its draft Village Improvement Plans (VIP) which was recently handed to Toshao Rambajue and will serve as an important instrument for development over the next three years.

The document was compiled by the Ministry of Indigenous Peoples’ Affair Village following consultations with villagers who are now tasked with perusing same and making changes if necessary.

Another significant milestone which was accomplished was the completion of its draft Village Rules which was also handed over, and the Toshao is confident this will restore law and order.

Minister Allicock pointed out that once the Village Rules are in place the village council must enforce them without showing favoritism.