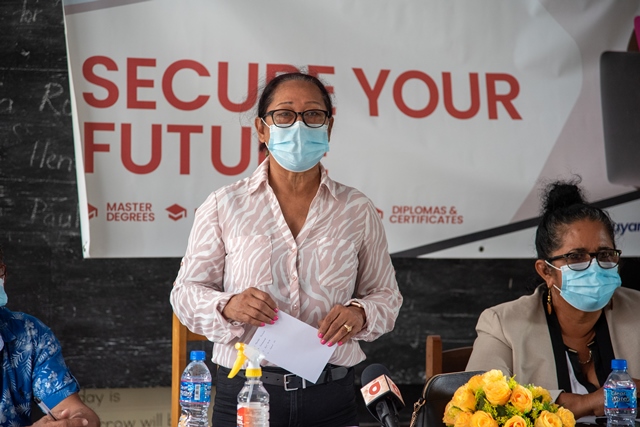 Minister Sukhai asserted this during an outreach to Capoey, Region Two on Tuesday.

Internet connectivity has always been a challenge to hinterland communities like Capoey .

In its previous term, the then PPP/C Government initiated a phased project to connect some 200 communities, Minister Sukhai said.

Having said that, the former administration discontinued same, and replaced with a less effective programme. Minister Sukhai said the Government has returned and will reestablish the project.

Since taking office, the PPP/C has made provisions for the establishment of ICT hubs in the various Amerindian communities. It included $1 million for refurbishing and furnishing of existing facilities and $2 million for the construction of new hubs for communities without.

A total of 50 community support officer have already received training in managing the hubs operation.

“If you see the connection between the online scholarship and the need for speed to connect the villages, the village council will see that they have a priority to their people because for us to realise the scholarship opportunities for villages without connectivity, it means the only other option is for you to buy data plan which is an expensive thing“

Batteries and 40,000-watt panels will be installed, along with laptops, printers, security cameras, and televisions when the building is complete.