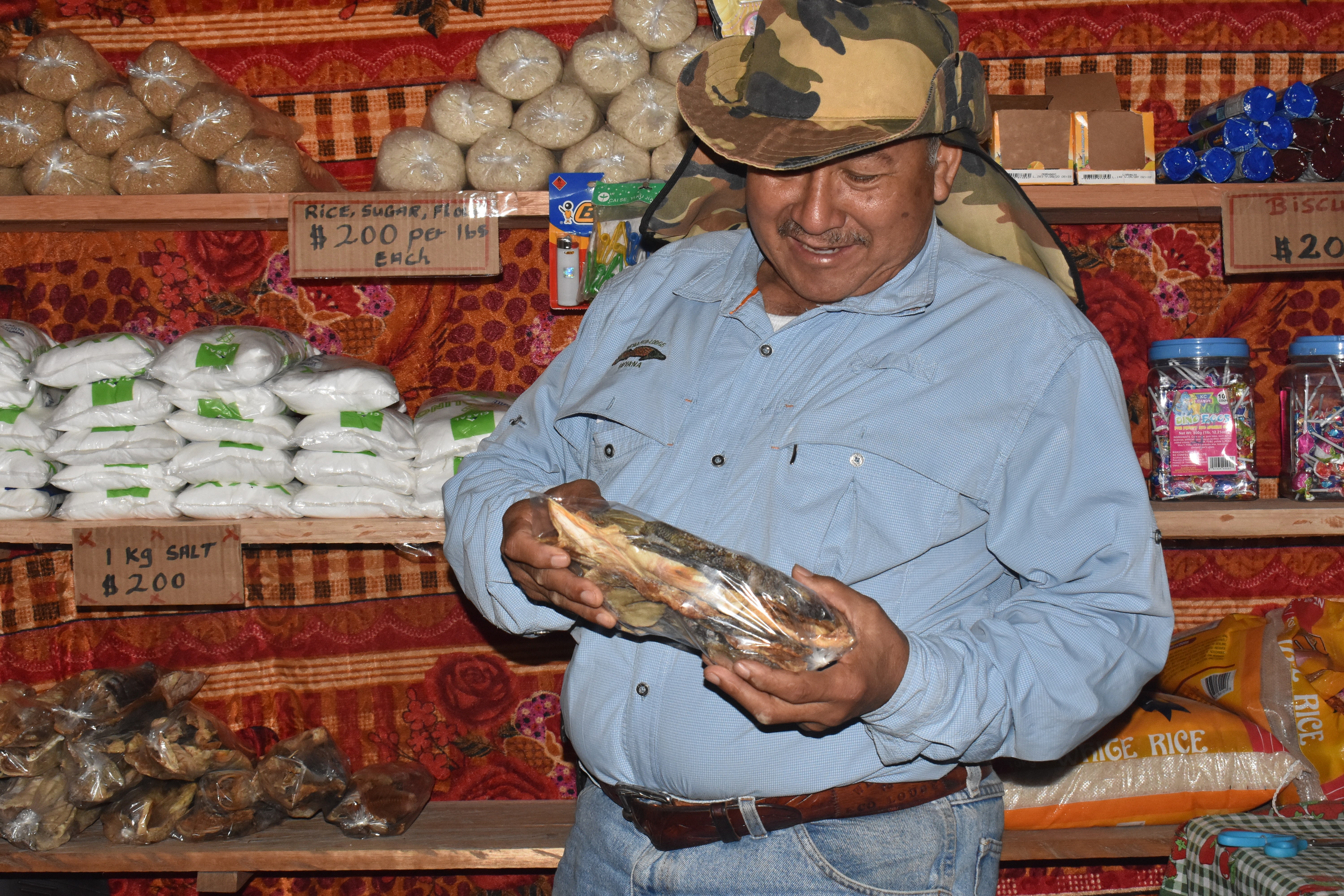 Minister Allicock on Wednesday took the opportunity to visit two businesses in the village which are owned and operated by siblings Arisa and Evelyn Peters and their brother Elvan Peters who are into cattle rearing and Loretta Felix and brother Dexter Stanislaus who owns a grocery shop as well as an entertainment corner (mini cinema).

The Minister said “while everybody didn’t do what they were supposed to do we have some success stories like these. It is good to know that you are turning over the money and you have something to bring in an income and more so your family, your father, your uncle, your auntie being a part of this, which means that you are creating a job opportunity for that person, so we are very impressed by those who have made it and continue to have do their business”.

The HEYS Businesses owned by Loretta Felix and brother Dexter Stanislaus(Shop and entertainment center) and Arisa and Evelyn Peters and their brother Elvan Peters (Cattle).

Evelyn Peters the older of the two sisters noted that “it is good I would say, because before we don’t have anything like this, but since they HES we begin to bring cows and then we save and bring a heifer, then we go and buy another one and so on. We have twelve in the paddock right now, two are out. So that’s how we do it, we slaughter the bulls, sell it and save and buy more heifer”.

Government has pumped a substantial amount of financial and other resources into the HEYS program across the country and Minister Allicock assured the youth there that because of their commitment they will receive a further boost for their business.

“We are now going to support businesses like these with fifty thousand dollars so it’s the three of you in the team so you will receive one hundred and fifty thousand dollars that is going to be added to your business. We will be rolling this out within this month, we have started already in a part of Region 9, and as the finding come in, we would be releasing from Region to Region”.

“I also visited the shop (owned by Loretta Felix and Dexter Stanislaus) and I saw stuff there and it was very encouraging, but the story is, to give to young people, that opportunity to build their own businesses”, the Minister said.

The Ministry, Minister Allicock said endeavours to build the capacity of “our indigenous youth to help the younger ones”.

Already dialogue has commenced for a possible third cohort and Minister Allicock noted that “we are working towards cohort three because we have to find the basis for building the capacity of our young people. They must be able to think about the environment and everything around them, to know who they are, their culture, their history and also the value of everything around us”.

Some five businesses were established and operable in Monkey Mountain and Minister Allicock has encouraged participants who would have dropped out of the program to remain focused because the knowledge they would have gained through the program will remain with them for a life time.

In Monkey Mountain alone, Government would have invested in excess of ten million dollars in twenty five who participated in the program.

Approximately three thousand nine hundred youth have benefitted from the HEYS Program since it was rolled out in 2015 in Region 8, and many success stories were shared.

This has seen Government pumping more than two billion dollars towards the development of indigenous youth and according to Minister Allicock, Government would continue investing in its people since they are the future of tomorrow.