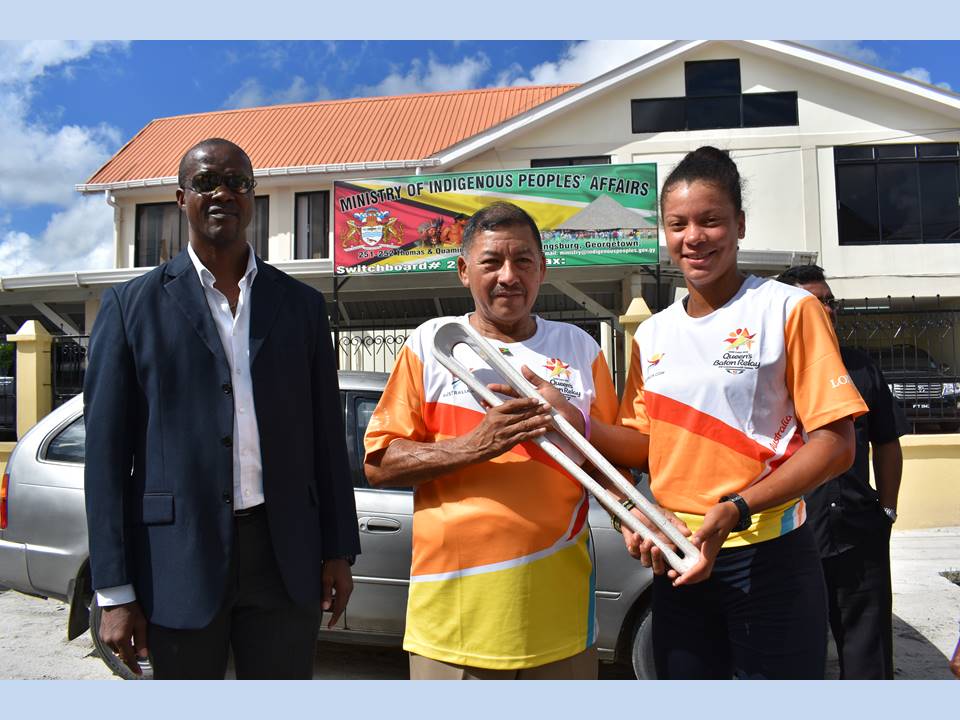 Vice President and Minister of Indigenous Peoples’ Affairs Sydney Allicock joined the relay of the Gold Coast 2018 Queen’s Barton Relay as it commenced its journey in Guyana earlier today.

The relay began with His Excellency, President David Granger at State House at 8:00hrs.

After completing his leg of the relay Minister Allicock said he is pleased with the Ministry’s involvement in this historic activity.

He said he is particularly pleased to have children involved “which is one of the most interesting things that can happen at this time especially in the development of Guyana, youth being involved in nation building and promoting our country”.

The Minister is also optimistic that “hopefully we will be playing a greater role in the games”.

Tomorrow, the Baton travels to the majestic Kaieteur Falls before making its way to Surama Minister Allicock’s homeland and Annai in Region 9.

The Queens Baton Relay is the longest activity that unites the Commonwealth Nations through sport and culture and will cover 230,000km over 388 days and is expected to land on Australian soil this December finishing its journey at the Opening Ceremony on 4th April 2018.

The Queens’s message will be removed from the Baton and read aloud declaring the Games Opened.

Meanwhile, the 2018 Queen’s Baton is made from macadamia wood and reclaimed plastic, sourced from Gold Coast waterways, and inspired by the region’s vibrant spirit and INDIGENOUS HERITAGE.