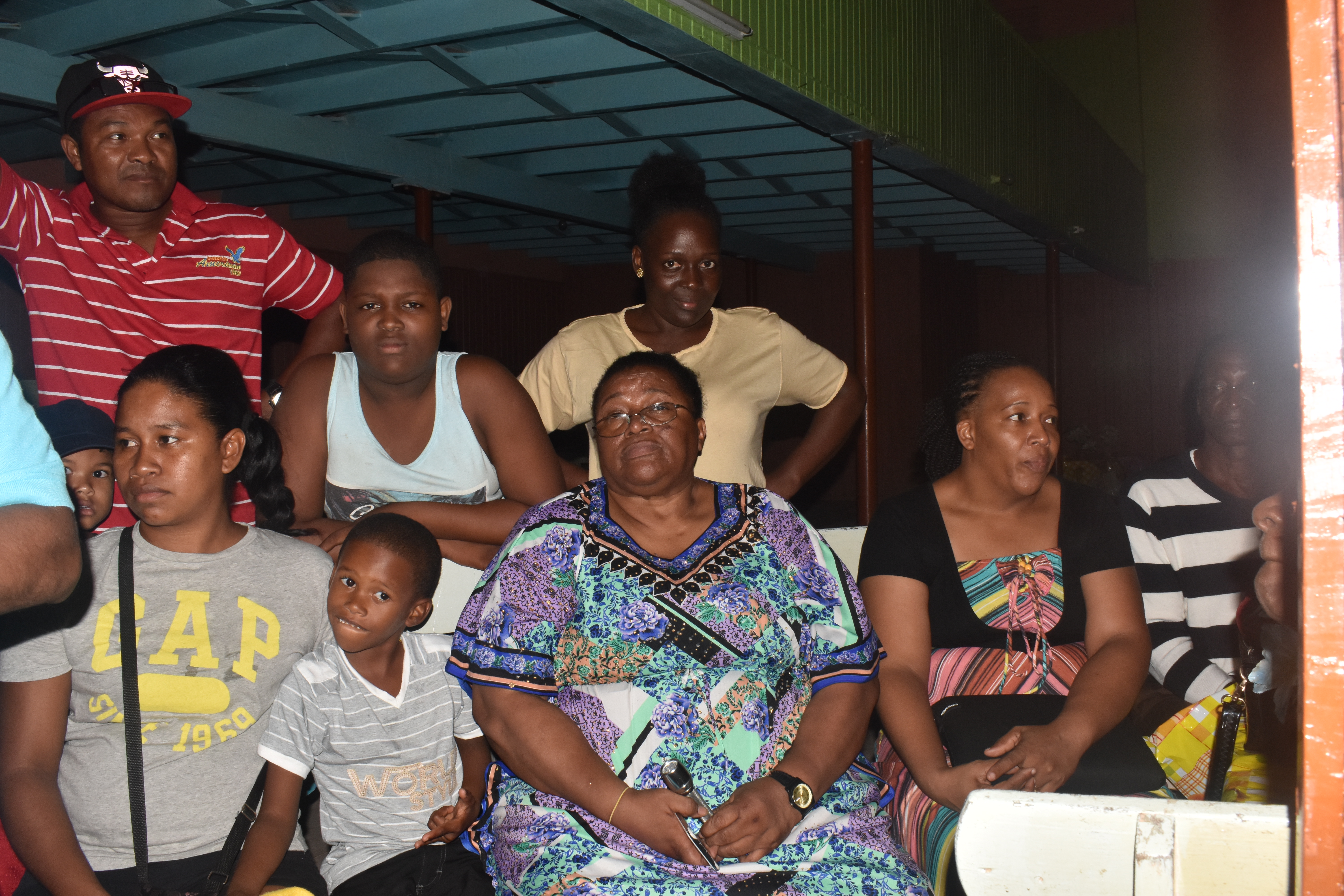 Government is resolute in ensuring the nation’s youth are empowered by building their capacity which will ultimately lead to improvement in their standard of living.

This commitment was renewed when Minister within the Ministry of Indigenous Peoples’ Affairs Valerie Garrido-Lowe led a team on an outreach to Kwakwani, Region 10 over the weekend.

The Minister highlighted the Hinterland Employment Youth Service HEYS Program as a powerful instrument which saw twenty youth trained to become their own bosse and benefitted their families and community between August 2017 and July 2018.

“I am so happy that a Government, we are able to serve our people so that they in the end can get a chance for themselves to have a good life. This year, what the APNU/AFC Government will do for those youths, is to check to see what businesses they have and each of them who are in business will receive a further fifty thousand dollars to support their business. Maybe they would want to expand or diversify, they will have the chance this year to do so. That is how we are encouraging and supporting our HEYS youth”, Minister Garrido-Lowe said.

Approximately nine million one hundred thousand dollars was invested in the youth in Kwakwani “so there is no one who can come here and tell you that this Government doesn’t care for our youths. We care and the villages and communities across the ten regions of Guyana have benefited from the HEYS. Through HEYS millions of dollars circulate in communities and many benefited, especially the youth. Now everywhere we go communities are asking for HEYS to continue in 2020. HEYS is now a household name”, the Minister assured.

Meanwhile, the Ministry is keen not only on promoting education and entrepreneurship, but is also encouraging the youth to be active in sport and Kinesha Stuart, one of the sport advocates in the community, emphasized the need for the youth there to be more proactive, since Kwakwani is known for producing quality players particularly in basketball and football.

Stuart cited the need for training “because a lot of us are not trained in certain sports so we can’t coach but we are very much interested in doing as much sport as we can”.

Hinterland Sport Development Officer in the Ministry, Lawrence Griffith, who is a FIFA trained Referee was a member of the team, and plans are already in train, to provide technical and other assistance to the community.

“Kwakwani has one of the best sports grounds,” Mr. Griffith was please to observe.

Over the past year, Griffith has travelled to several villages imparting his knowledge to the youth, which have already begun to see dividends.

Among them, villages in the North Pakaraima, Region 8 that participate in the annual North Pakaraima Football Games which has seen the youth there nurture their ball weaving skills which has significantly raised the bar and bringing that extra competitive edge to the tournament. Kwakwani will soon benefit from such training.

Minister Garrido-Lowe also extended an invitation to the community to participate in the Ministry’s Heritage Games 2019. The Minister however explained that although an invitation was extended, the region must conduct its playoffs for the various sporting disciplines and the winner will represent the region in what is the most anticipated tournament annually (Heritage Games).

The Games through participation in football, has led to players being selected to represent Guyana on the international stage, and Kwakwani has a great opportunity of leave an indelible mark on the sporting arena.

Volleyball, cricket, archery and swimming are the other disciplines competing at the games.

Minister Garrido-Lowe also took the opportunity to present to the community much needed footballs, kits to boost the Ministry’s Flagship Youth Program HEYS, a quantity of school materials, among other items.

She also took the opportunity to update residents on the current political situation here and assured them the Government will ensure peace and unity prevail.