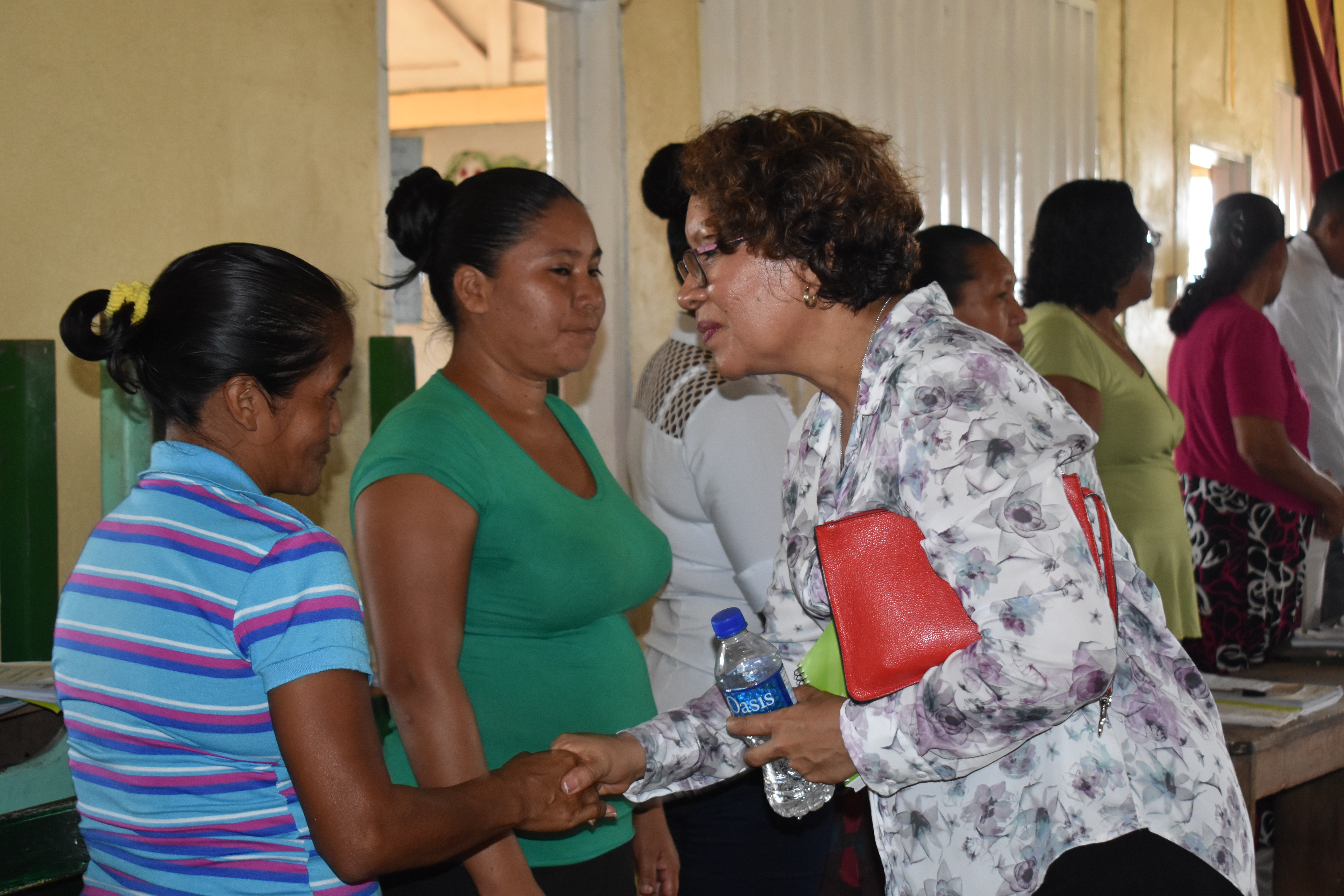 Seventy four facilitators from thirty nine villages are currently being trained in the Mabaruma Sub-district, Region 1 for the second phase of the Ministry of Indigenous Peoples’ Affairs Flagship Youth Initiative the Hinterland Employment and Youth Service (HEYS) Program.

A one week facilitators training workshop concludes at the Mabaruma Secondary School on Tuesday.

Delivering the charge to facilitators on Saturday, Minister within the Ministry and who has direct responsibility for youth development Valerie Garrido-Lowe emphasized that facilitators must ensure the knowledge shared with the indigenous youth is audible.

“Youth as you know their attention span is not so long so you as facilitators must  have the patience and come up with ways to hold their attention, how to make them understand and learn what you are imparting. This is why this training is so important; you are being trained to deliver the HEYS programme in a youth friendly way”, Minister Garrido-Lowe affirmed.

Minister Garrido-Lowe also reminded facilitators that ‘I would not want you to view this as job, and I am getting sixty five thousand dollars per month … and then wash your hands after that. No, I would like you to put more; put your heart into it, put your soul into it, remember you are molding somebody there and you must be able to see a step forward and upward in the youth”.

Emphasis was also be placed on youth being exposed to additional training in preparation for an opportunity to be able to write the Caribbean Examination Council Exam following the conclusion of the one year program. This was encouraged during the cycle of HEYS and participants paid for their CXC Math and English themselves.

In re-committing the Regional Democratic Council, Region 1 to lend support to this program, Regional Chairman  Brentnol Ashley in his address to facilitators said “the RDC remains committed in supporting any activity that will help foster development, bring the level of education to where it needs to be and to give opportunities to our young people to become the kind of Guyanese brothers and sisters they ought to be”.

Facilitators were also challenged to break down barriers making them into bridges so that the intended deliverables can be realized.

“Young people are our future and we have to create that kind of atmosphere and build the type of foundation that will assist them when they transit into leadership capacities, in taking on leadership responsibilities they will be able to do so in an efficient and effective manner”, the Regional Chair added.

Each village will have twenty youth participating.

Six hundred and forty five youth form thirty nine villages in Region 1 will be actively participating in phase 2 of the program which is scheduled to roll out at the conclusion of the facilitators training.

The first phase saw more than one thousand eight hundred youth successfully completing the program and venturing into establishing successful business enterprises, some entered the Guyana Defence Force, the health sector as health workers among other areas.

Government has invested more than nine hundred million dollars in the first phase of the program and according to the Minister Garrido-Lowe this investment is well worth the while.