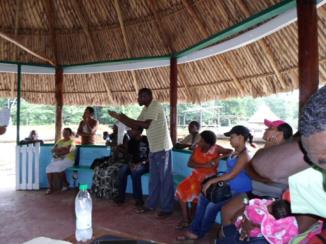 In January, 2015, the ALT PMU discussed the proposed Annual Work Plan (AWP) during a Project Board Meeting held on the 12th, at the MoAA.

The AWP was later reviewed and adjusted to fit the requirements of the UNDP ATLAS financial system, approved and signed on January 27th by the MoAA and the UNDP.

On January 21st, a technical meeting was called at the MoAA with representatives from the

Participants of the meeting examining map, guided by ALT SLS

GGMC, GFC and GLSC, to discuss the land titling process for Tasserene, Kambaru-Omanaik and Kangaruma-Assura. This would be the final technical meeting convened for this purpose.

1. Rockstone 3rd. Consultation: On February 3rd, the ALT investigation team visited the community of Rockstone to further the ongoing land titling process by presenting the adjusted map of the proposed title area, according to the description agreed upon by all interest groups and the Village Council during the previous consultation. 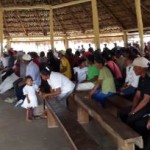 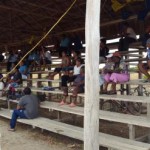 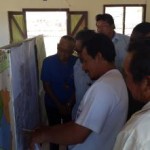 3. ALT FPIC & DR Workshops: In collaboration with the UNDP, and in keeping with ALT Project Output 2 “A mechanism in place for identifying and resolving land issues”, the following FPIC & DR workshops were implemented: 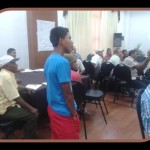 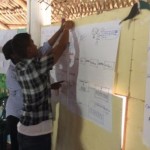 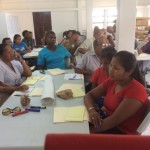