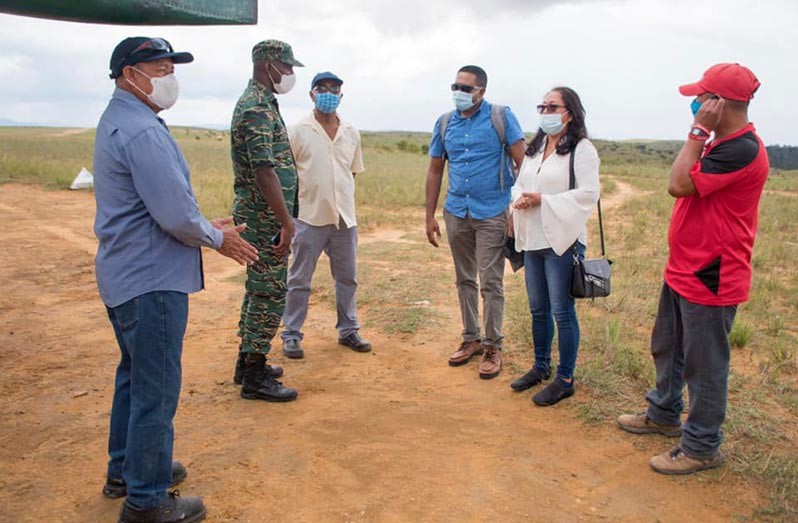 AUTHORITIES have once again pledged to improve the lives of the approximately 113,000 Guyanese living in the hinterland communities; promising to ensure that every region across Guyana has the capacity to grow.

“We want to be in people’s villages and not at Fort Street, Kingston,” Local Government and Regional Development Minister, Nigel Dharamlall asserted recently, when he spoke to the Guyana Chronicle during an online interview.

For too long, Guyana’s hinterland residents have endured a substandard existence, even as 76 per cent of the country’s landmass is hinterland. Further, this publication has, in the past, pointed out how the country’s overall national growth is inextricably linked to improving the standard of living of those in Guyana’s interior.

“We are out in the fields. That is how we would be working. We have to have plans that deal with the economy of the region, its infrastructure and social fabric. We cannot continue to have the hinterland remain remote, but we have to create greater access,” Dharamlall said.

According to him, the old programmes under his ministry were not found to be really helpful, so far as positively impacting people’s lives is concerned. As such, a number of new developmental plans are on stream for the various regions, which will be announced in the budget.

Frederick Domingo, a resident of Kamwatta Village, Moruca, Region One (Barima/Waini), shared with this publication, on Wednesday, some of the changes that he would like to see in the hinterland communities.

He stressed that provision of the Internet at these locations is key to furthering children’s education. “Wifi at all our schools and community centres will ensure that all our students across the country have equal access to updated information and don’t just have to rely on textbooks that are outdated,” Domingo pointed out.

He is hoping that the new government will pay attention to equipping hinterland schools with ICT labs, auditoriums, science labs and libraries.

For a better healthcare delivery system in the hinterland, Domingo said there is need for equipment such as ultrasound and X-rays machines in hospitals, along with more doctors and nurses. “In Moruca, patients have to be transferred on the coast for these services, which adds pressure on the patient.”

In Moruca, there is a solar powered water system that is only supplying half of the community. As such, there is need for a better water system. “Water is a basic necessity. The hinterland needs potable, running water in communities.”

Meanwhile, according to Dharamlall, government will be keen on providing support to the hinterland that is specific to their needs. “We have to enhance communications in the hinterland and provide more utilities and support in terms of their economic wellbeing,” he offered.

“We have to ensure we upgrade their health facilities, as well as their transportation and airstrip. We would also have to ensure greater training and development of our hinterland people,” he added.

According to him, trails into the villages will have to be constructed and improved to reduce the cost and time of traveling to them. “We have to work on the roads, communication, and health facilities immediately, because when people get sick in those areas, it is very difficult to get them out into a central location.”