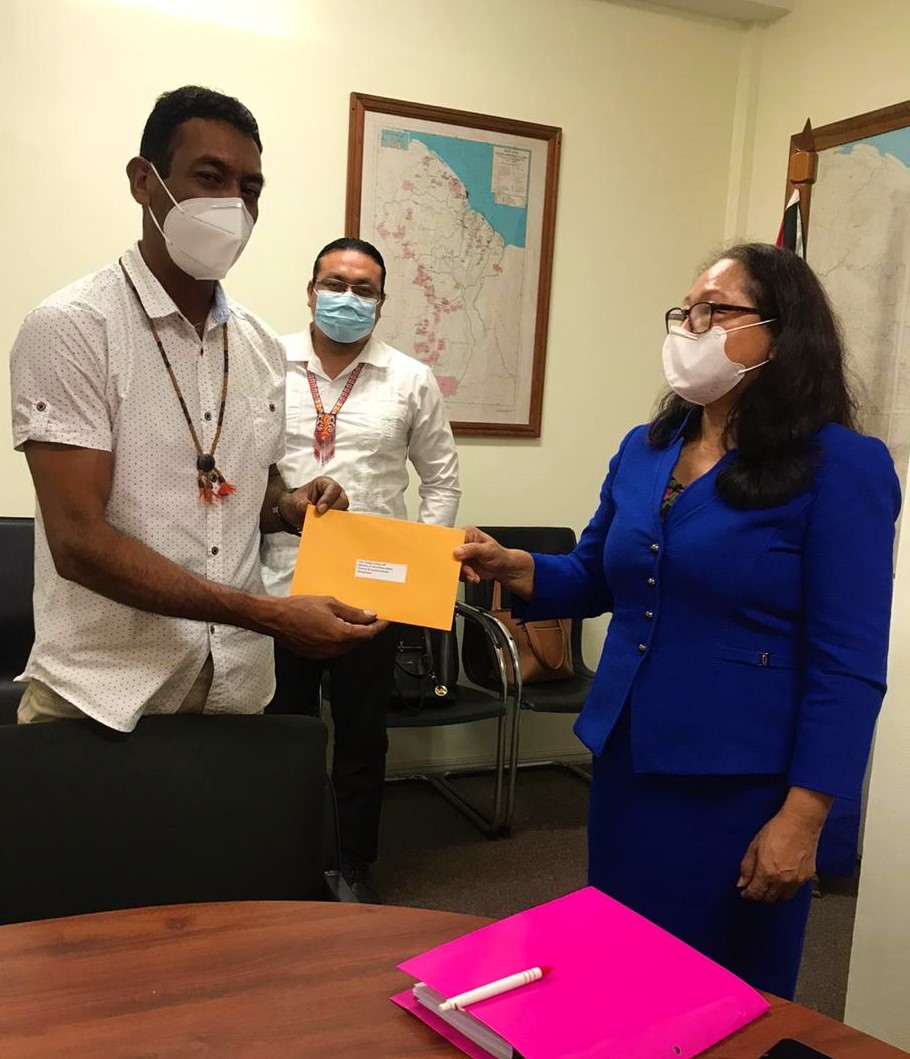 The Minister met with NTC Chief Nicholas Fredericks and his team at the Ministry’s Thomas and Quamina Streets Location.

Fredericks assured the Minister that “we look forward to working with you at the National Toshaos’ Council and to see how we can together bring about resolution. We have seen your comprehensive press releases which is very good for the priority needs of our people and I think already you have hit the ground at a pace”.

He added that “we are ready to work considering for the last few months there was a great lapse and we weren’t able to carry on our functions as normal and we look forward to a good working relationship”.

Since returning to the fore, Minister Sukhai highlighted major deficiencies as it relates to the Ministry’s governance structure under the previous administration which according to her, has greatly disadvantaged the indigenous peoples.

“We will address the services that have been denied, the opportunity to have health services in the hinterland, improvement was lacking, supplies continue to be almost non-existent in some regions.. ..when you go to the health centers you don’t have basis Panadol, so we have to get back a service delivery kind approach from this ministry in terms of ensuring that our representative position, forces the other sectors to respond. We have started to do that”, the Minister said.

She has since assured the NTC that with its support, the Ministry will move assiduously to end the stagnant posture of the ALT Project in particular, while efforts will intensify in the areas of livelihood projects, housing and youth development and agriculture pursuits, all to the benefit of the indigenous peoples.

“Agriculture support has suddenly gone under, there’s no free acoushi ants bait, no chemicals/ pesticides which were provided free to our indigenous communities in 7, 8 and 9. That has gone under and we have to move back to focusing on where we can support agriculture development”, Minister Sukhai told the NTC representatives.

Touching on the annual NTC Conference and the Heritage Month Celebrations, the Minister noted that due to COVID-19 restrictions nationally, a different approach will be taken during this time. Details on Heritage Celebrations will be revealed shortly.