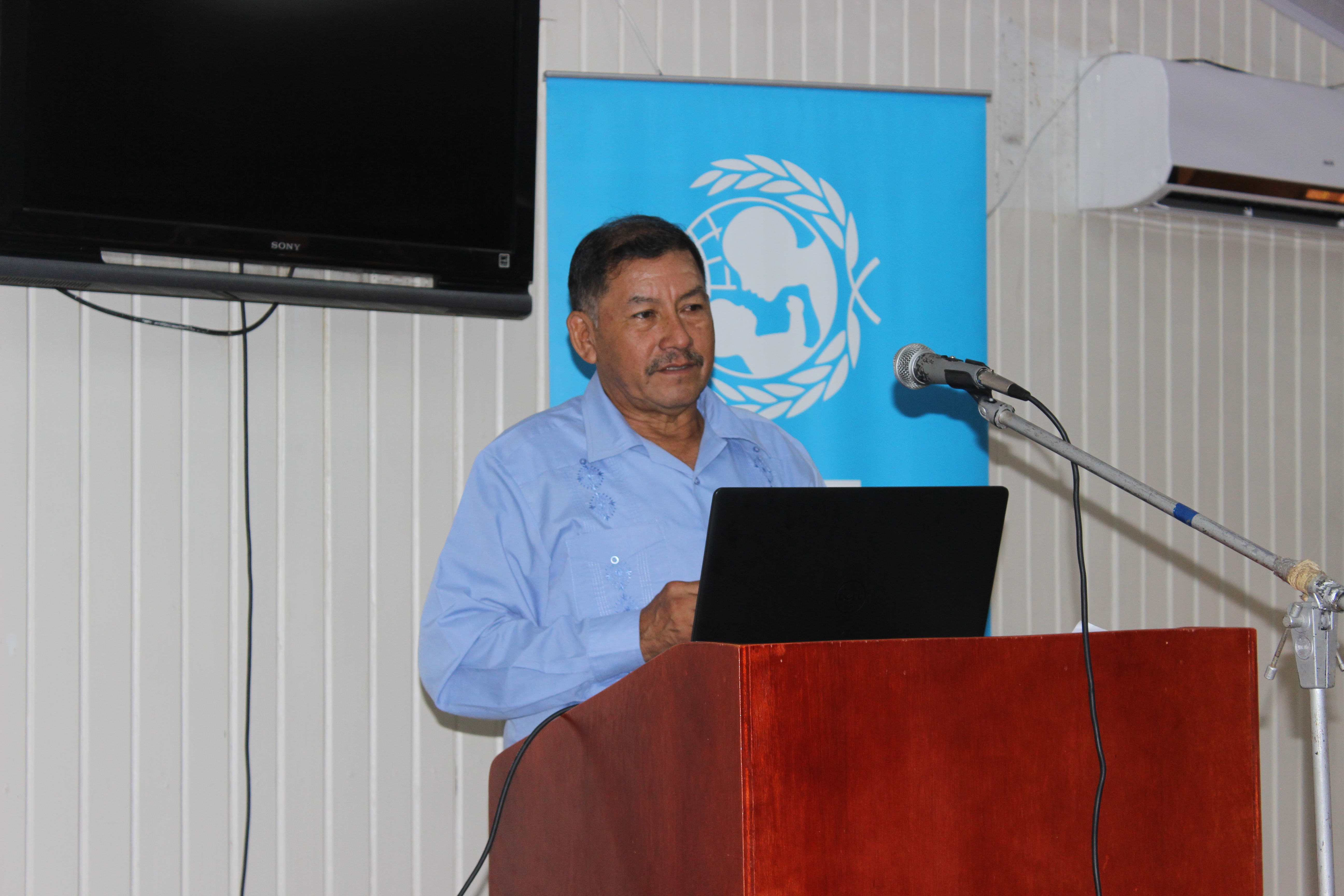 The preliminary findings on an Out of School Children (OOSC) Survey initiated by the Ministry of Education in partnership with UNICEF has found that students from rural areas are at a greater disadvantage as it relates to staying in school and receiving a sound education.

The OOSC initiatives is geared at analyzing information gathered and scrutinize factors that lead to exclusion from schooling and the existing policies that can significantly reduce the national out of school rate.

The findings were disclosed yesterday during a one day seminar conducted at the National Center for Educational Resource Development (NCERD) by a National Consultant and representative of UNICEF in the presence of Vice President and Minister of Indigenous Peoples’ Affairs Sydney Allicock, Minister of Education Dr. Rupert Roopnarine, social workers, teachers, regional representatives and other key stakeholders.

Three components were cited as critical to the success of this initiative.

They include developing a comprehensive profile of excluded children using consistent and innovative statistical methods, linking these profiles to the barriers that lead to exclusion and identifying, promoting and implementing sound policies that address exclusion.

According to the survey schools in regions 1, 7 & 8 are at a greater disadvantage in addition to other regions.

A parent taking a decision to wait until the child is older to start school and the distance the child has to travel to get to and from school was among the reasons cited for the OOSC.

UNICEF’s Latin and Caribbean Advisor Dr. Ingrid Sanchez in presenting an overview of the project said “the most important thing of this initiative is this not only data driven, but that data is then linked to very careful policy analysis to better understanding what are the barriers that are keeping some of the children out of the school and how can governments and societies can support them so they can exercise their right to education”.

The survey also showed that girls have a higher attendance percentage than boys due the fact that they remain in school much longer.

National Consultant Cement Henry also pointed out that “regions 2, 3, 4 & 10 stands out with above national average OOSC prevalence. There is also a higher OOSC rate among boys as well as higher rates among Amerindians living in riverain and remote communities as well as regions involved in farming, forestry and mining having higher OOSC rates.”

Minister of Education Dr. Roopnarine in embracing this initiative emphasized the importance of education to a nation noting that “the number of children dropping out of school at both primary and secondary schools has been a great concern for this administration, the problem a problem the Ministry of Education is grappling with for many years …over ninety percent at the primary and ninety percent at the secondary level, but unfortunately a significant number of these children will drop out before completing the cycle”.

Meanwhile, Vice President and Minister of Indigenous Peoples Affairs Sydney Allicock the nation must be cognizant of the imminent development and nurturing the nation’s young minds is critical to answering that call.

Speaking directly to initiatives that positively impact youth fourteen years and older, Minister Allicock pointed to the Bina Hill Institute, which is geared at providing youth in the hinterland an opportunity to higher education.

“We have started a secondary school in 2003 with 43 students and to date we have close to six hundred students…..the ideas is to have it properly furnished because theory and practice must go together knowing that as young people they can expand on their imagination, and becoming confident young leaders. So if we create this incubator for young leaders they will automatically be drawn to it”.

It was also noted that the conditions in poor families significantly contributed to the children leaving the school system.