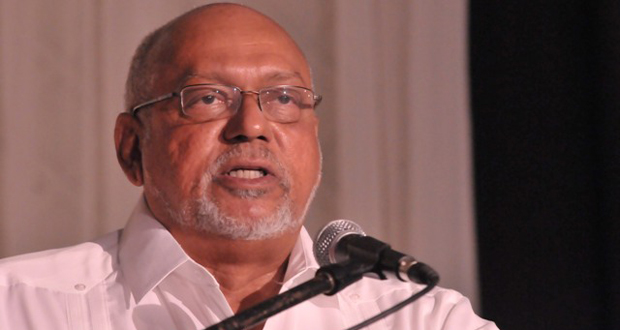 Noting the PPP/C Government’s resolve to support the implementation of village community Development Plans, His Excellency President Donald Ramotar expressed his elation over the Launch and Inception Workshop of the Community Development Plans (CDP) under the Phase I of the GRIF Amerindian Development Fund (ADF) held on March 22-23, at the Princess Hotel, Providence, West Bank Demerara.

“Finally, the combined effort, notwithstanding the long wait and the struggle since 2010, has come to fruition,” said the President who also announced that $5million will be granted to Amerindian communities and villages for the implementation of socio-economic projects of their own choice. His excellency recalled that “during the 2011 election, we strongly advocated that we will support the implementation of village community development plans which seek to achieve food security, generate employment and achieve higher levels of income by transforming the village economy. We have taken this responsibility seriously. “

The Launch and Inception Workshop which was spearheaded by MoAA and UNDP saw the participation of the twenty seven (27) Village leaders whose projects were selected for the first 27 pilot projects financed through GRIF-ADF. These projects will be implemented in various economic sectors across the various sub-regions within the ten administrative regions. The project is an offshoot of the LCDS through its REDD+ activities.

Hon. Minister of Amerindian Affairs, Pauline Sukhai in her message, emphasized Guyana’s Low Carbon Development Strategy (LCDS) in this project. The Minister noted that “the LCDS seeks to transform the economy while combating climate change and the ADF and Community Development Projects (CDPs) are contained within this initiative.” Moreover, Minister Sukhai underscored the initiative to be a “deliberate policy direction of Government to continue to address remaining pockets of poverty and to minimize gaps and constraints affecting Amerindians who are among Guyana’s vulnerable population.”

Both the President and Minister Sukhai emphatically stated that the launching of the project represented a significant milestone for the Government of Guyana in furthering the PPP/Civic manifesto in addressing Amerindian Development.

The successes, lessons and experiences obtained from the initial 27 projects will be utilized in the implementation of the CDPs of the remainder of the total target of 180 communities and villages. One hundred sixty-six villages have thus far submitted their proposed projects.

Head of the National Toshaos Council, Derrick John pointed out that the funding from the Kingdom of Norway through the GRIF was not a gift to the Amerindian people of Guyana, but “a reward for good stewardship”. John reminded the gathering of the traditional focus of Amerindians on forest sustainability as a way of life.

The Inception Phase of the ADF of the LCDS will be done in two phases, an initiation/pilot phase spanning nine months, to be followed by a second phase.

The representatives of the 27 Villages also participated in the Inception Workshop which focused on: informing the participants on the ADF Project, Project Review and Analysis, and Action Planning.