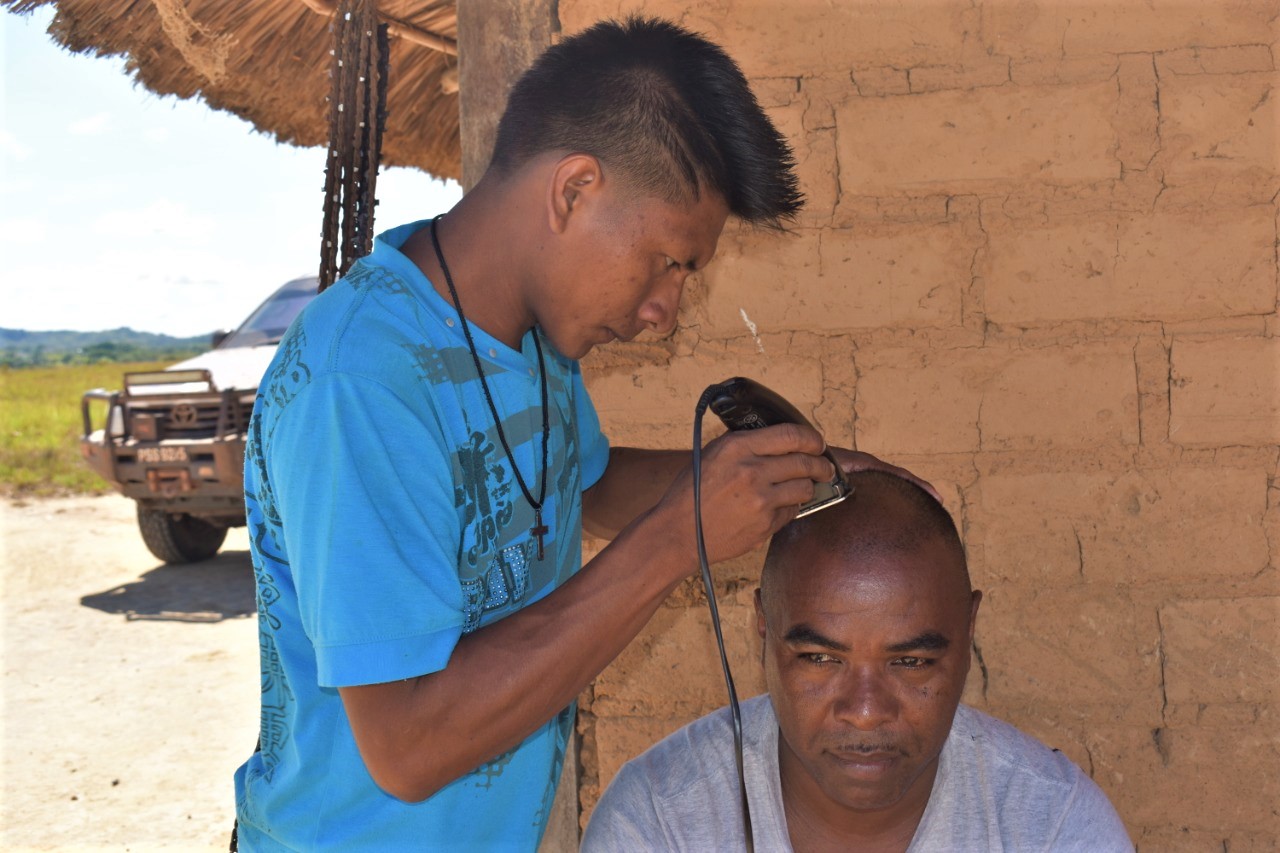 Twenty three year old Ananias Stephen a single father from the village of Aishalton, Deep South Rupununi, Region 9 says he is determined to work hard in an effort to change the trajectory of his life to one of great success.

Ananias who is a participant of the Ministry of Indigenous Peoples’ Affairs Flagship Youth Program the Hinterland Employment Youth Service (HEYS) Program operates a mobile barber shop in the village.

He says barbering has long been his passion and when the HEYS Program was introduced there (Aishalton) he made good on the opportunity.

“I doing this since I was twelve but I din had no tools you know, so when the HEYS come I learnt plenty things and I see I could real get this thing going. So when I get my money I went and buy my lil set up and start doing my thing”.

Stephen credited the longevity of his business to the tremendous support he has been receiving from the village noting that “I does cut plenty, plenty hair when is school time, everybody coming for me to cut dem hair so I does be busy”.

When asked about the effects of the off peak season on his business, Ananias said “is a mobile barber shop so I does carry all this here in a bag to the front near my friend Adela who got the snacked in front and I does cut people hair right there and sometimes people does call me and I go by dem sometime three or four a week.”

The single father to two year old Delvan Stephen acknowledged that although it can be challenging at times “I have my son I got to take care of him but I get help from my mother and father , I live with them here and sometimes when the cutting lil slow I does do carpentry work to bring the extra money you know”. He noted that “all this is for my son”.

Ananias who was among twenty HEYS participants from the village said he was grateful to the Government for rolling out such a program that seeks to empower the young people all across the country.

He remains optimistic that in a couple of years he would be the proud owner of a comfortable shop with all its amenities.

He said would also like to be an example to the other youth is the village as he challenged them to never give up and thrive to achieve whatever they set out to achieve.

Meanwhile, he recently received his stimulus grant of fifty thousand dollars and immediately purchased a complete barbering set and a backup power supply.

The HEYS Program continues to empower indigenous youth all across the Hinterland with an investment of approximately $2.3Billion by the Government, numerous success stories are being told.