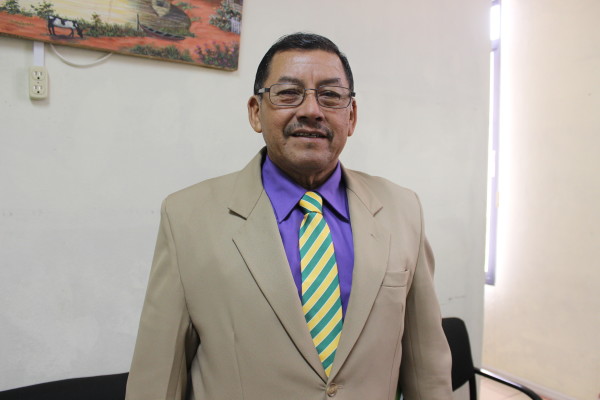 Vice President and Minister of Indigenous Peoples’ Affairs Sydney Allicock says the Ministry is poised to achieve greater successes in 2017 when its Sustainable Development Framework Agreement (SDAF) is unveiled and ready for implementation.

The framework agreement will serve as a road map over the next five years to assist the Ministry in enhancing the development of the Nation’s Indigenous Peoples’ social, economic and environmental well-being.

According to Minister Allicock this road map “will look at the areas that need strengthening which includes looking to acquire new staff. We have already secured positions for more CDO’s and Social Workers to help with things like support in the registration of Births and to help in identifying the communities’ concepts for sustainable economic projects”.

This road map also takes into consideration Government’s manifesto and a10 point Hinterland Development Plan which focuses on key areas for transformation. Among them: improving the services to the Indigenous People, financial and other benefits, capacity building and establishing the infrastructure to support key activities.

The Minister also cited the need for collaboration on several fronts making reference to support from sister Ministries.

The Ministry’s Senior Statesman alluded to the fact that the completion of the SDAF has had its fair share of challenges noting “the situation is that we have staff that were from the previous administration and does things in a certain way that is not really compatible to Hinterland development that is the type of remote area operations. For the hinterland to develop we need to have persons on the ground who know the needs of the people and can bring that representation for inclusion in the planning to central”.

The plan however, will soon be unveiled.

Meanwhile, as part of capacity building, thirteen Community Development Officers (CDO’s) participated in a three day training exercise on the proper use of the Global Positioning System (GPS).

CDO’s are tasked with monitoring all village activities and projects, provide technical and other support as well as address certain issues within their jurisdiction.

They were trained to document information accurately as well as the types of data that can be collected.

Additionally, in continuing to carry out its mandate to the indigenous people, the Ministry presented each CDO with state of the art technology including Lenovo Notepad, a mouse and a printer which will ensure reporting is done in a professional manner.

This is the first time the CDO’s have received a notepad and printer to effectively execute their duties.

It must be noted that tremendous effort is being made by the incumbent administration to bridge the gap between the Hinterland and Coastland. The Indigenous Peoples’ Affairs Minister who is also a conservationist has on several platforms accentuated the vast potential that exists in the Hinterland.

“Now we need to see that potential evolve into the things that we believe in to make Guyana a better place… We have seen a number of NGO’s, a number of Governments  the interest of giving us support that is so badly needed we can only move the country forward when every has a clear idea of the direction that we would like to take”.

The Minister cited the timely dissemination of information which he noted is critical for the successful implementation of the SDFA.

“It’s critical for unifying this country and to have a green economy or strong economy we must have easy access to information that will help us to be able to plan better, represent better, implement better so that our economies can be strengthened”.

Some two hundred and fifteen villages and communities fall under the ambit of the MoIPA.