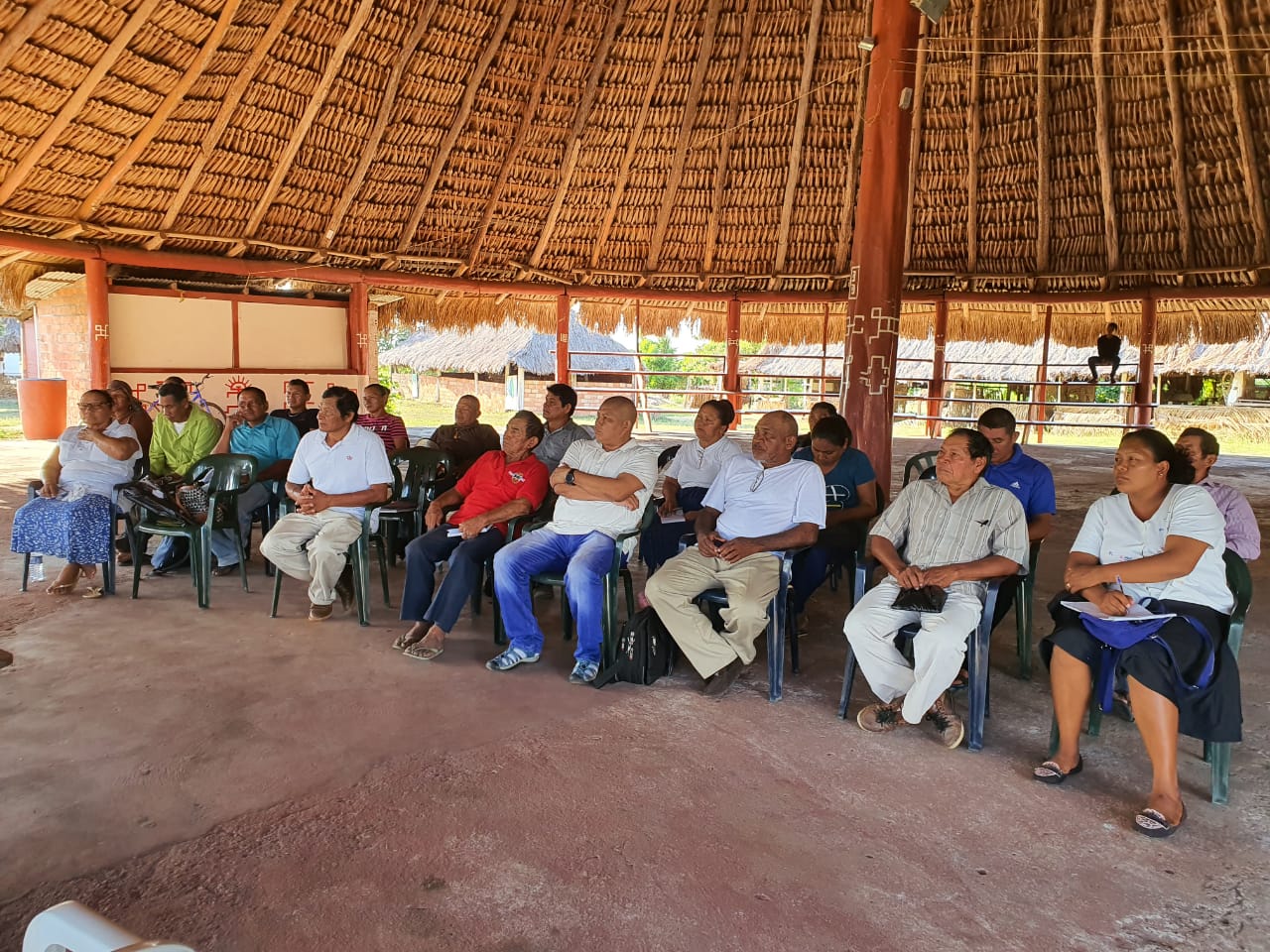 Special Assistant on Legal Affairs to the Minister of Indigenous Peoples’ Affairs David James will be leading an Investigation team in the coming days into St. Ignatius and Moco Moco Villages, Region 9 to address the burning land issue between the two neighbors.

Both villages between 2004 and 2007 would have applied for an extension for the same portion of land referred to as the Mocco Moco Horse Shoe to Matapee Creek.

During discussions held between a Land Titling Team visiting the Region and the St. Ignatius Village Council recently, the issue was brought to the fore and the village was promised that immediate steps will be taken to have this issue address amicably.

The Land Titling Team which was led by Special Assistant to the Minister of Indigenous Peoples’ Affairs with responsibility for Projects and Community Development Martin Cheong indicated that “we have dealt extensively with Moco Moco extension and now we are made to understand that St. Ignatius they also have interest in that particular piece of land so that is an issue that has to be dealt with. In fact the ALT investigation team will be coming to meet with all the communities before the end of the month and that issue will come up and so both community leadership will have representation at this meeting along with all the other agencies that help with this project”.

In the recent past, villages that are in proximity to each other and would have indicated an interest in acquiring an extension would have according to Cheong, “come up with a Memorandum of Understanding where they can actually share the land so that both communities can benefit, so we hope that we can be able to come up with a very amicable conclusion to this whole issue of the competition for land”.

Meanwhile, in 2017, the Grievance Redress Mechanism (GRM) a component of the ALT Project was operationalized with the aim of adequately addressing land issues affecting indigenous peoples.

The GRM is now headed by Director Orinthia Schmidt and during a recently conducted Communications Workshop held in four villages (Aishalton, Muraranau, Awaraunau and Shea) in Deep South Rupununi, Region 9, the GRM process was presented (fully explained) and was embraced by the respective villages.

Schmidt indicated that she was extremely pleased with the response received since “it fostered the awareness of this mechanism, they were also told of the means in which grievances can be reported, the relevant numbers and address to report, what should be included in the grievance. So the feedback from the villages were quite overwhelming because persons are now aware of the process.”.

The Ministry which is the executing body for the ALT Project in partnership with the UNDP and other key stakeholders, have been actively engaging and working with villages to address their issues since land ownership is paramount to a sustained livelihood for the indigenous peoples.

This was also reiterated by Cheong who noted that “the Ministry has a mandate and we are working feverishly in this last phase of the project to ensure that we do all that we can but I would also like to say that when this project comes to an end, this means that Amerindian Land Titling will come to an end”.

He said the Ministry has undertaken to “set up a structure so that when the project would have come to an end in 2021 December, that there will still be a unit in the ministry that will deal with issues that may not have been dealt with under this project and others that may come up in the future”.

Meanwhile, the investigation team to Region 9 also include ALT Technical Manager Enrique Monize and representatives from key entities inclusive of the National Toshao’s Council, the Guyana Geology and Mines Commission and the Guyana Forestry Commission.