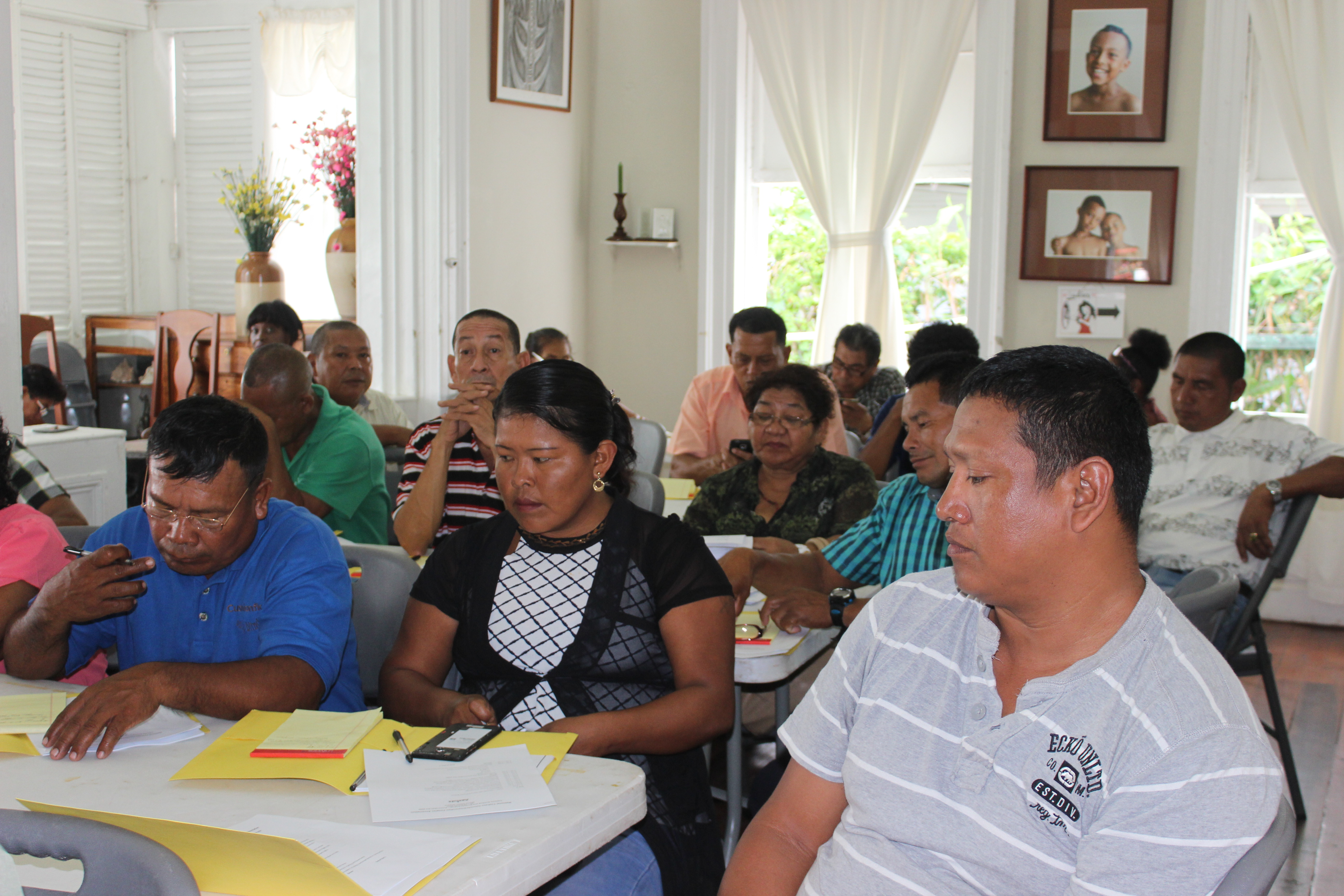 Discussion among key stakeholders began yesterday at the Moray House located on Camp and Quamina Streets.

“I feel a sense of hope and so much more confidence that we are taking the right steps in getting out Act together so we can feel much more comfortable in moving on…I am happy that this group is taking the lead the National Toshao’s Council, the Amerindian Peoples Association and all the others who are assisting in this process”, Minister Allicock asserted.

Commendations were in order for stakeholders who have recognized the importance of strengthening the Act and According to Minister Allicock, “more than ever before it is important to get the Laws right so that we would be able to protect, defend and represent our cause”.

The Indigenous Affairs Minister said Guyana is presently at a pivotal juncture in its developmental trajectory and ensuring preparedness for a future that is of immense proportions, undertaking such initiatives are crucial.

“There is a sleeping giant just about to be awakened and if we aren’t prepared to receive that sleeping giant and to give it guidance when it has awaken, then we could be destroyed within a short period of time…. and what you are doing here is the step in the right direction”.

He pointed to self-empowerment which he deems an invaluable tool to meeting the demands of economic development whereby value can be added to resources particularly in the hinterland.

“We must begin looking at how we can maximize the resources in the different villages”, the Minister opined.

Speaking to a socially cohesive nation, Minister Allicock said “the hinterland people have a wonderful opportunity to bring our country together. Once we do things right the people of Guyana can be like the rainbow living side by side… so I am looking forward to seeing Guyana become a rainbow one day”.

He added that “the time has come for us to be industrious, vision is very important for leaders, and the real vision comes from within way beyond where the eyes can see, so the time is right…. remain positive only better can come, continue on the direction you have taken”,

In the meantime, Attorney-at-Law Nigel Hughes is assisting in pointing out strengths and weaknesses of the current Amerindian Act.

Land rights, mining, logging, protected areas, and decision-making and governance are among key aspects of the Act to be placed under the microscope.

Executive Director of the Amerindian Peoples Association Jean La Rose explained that although the Amerindian Act was revised in 1976, Indigenous communities were experiencing encroachment on their lands as a result of mining and logging activities.

“In the early 90s we started opening up and that’s when Barama Company and everybody started coming in, that’s where we had the realization that we have issues concerning the security of our lands,” La Rose explained.

Meanwhile, Chair of the National Toshaos Council, Joel Fredricks, in his remarks said he is grateful for this achievement since “its history for the Indigenous peoples”.

He noted the many concerns of the indigenous peoples in relation to the Act since the current law is outdated and no longer caters to their rights.

In emphasizing the need for the amendment, Fredricks reminded that the intention of the Act was to give recognition to the Indigenous peoples and the protection and possession of land and resources.

To this end, the Indigenous Affairs Minister has given Governments full assurance of creating that enabling environment where “a good life for all” that is being promulgated will be realized.