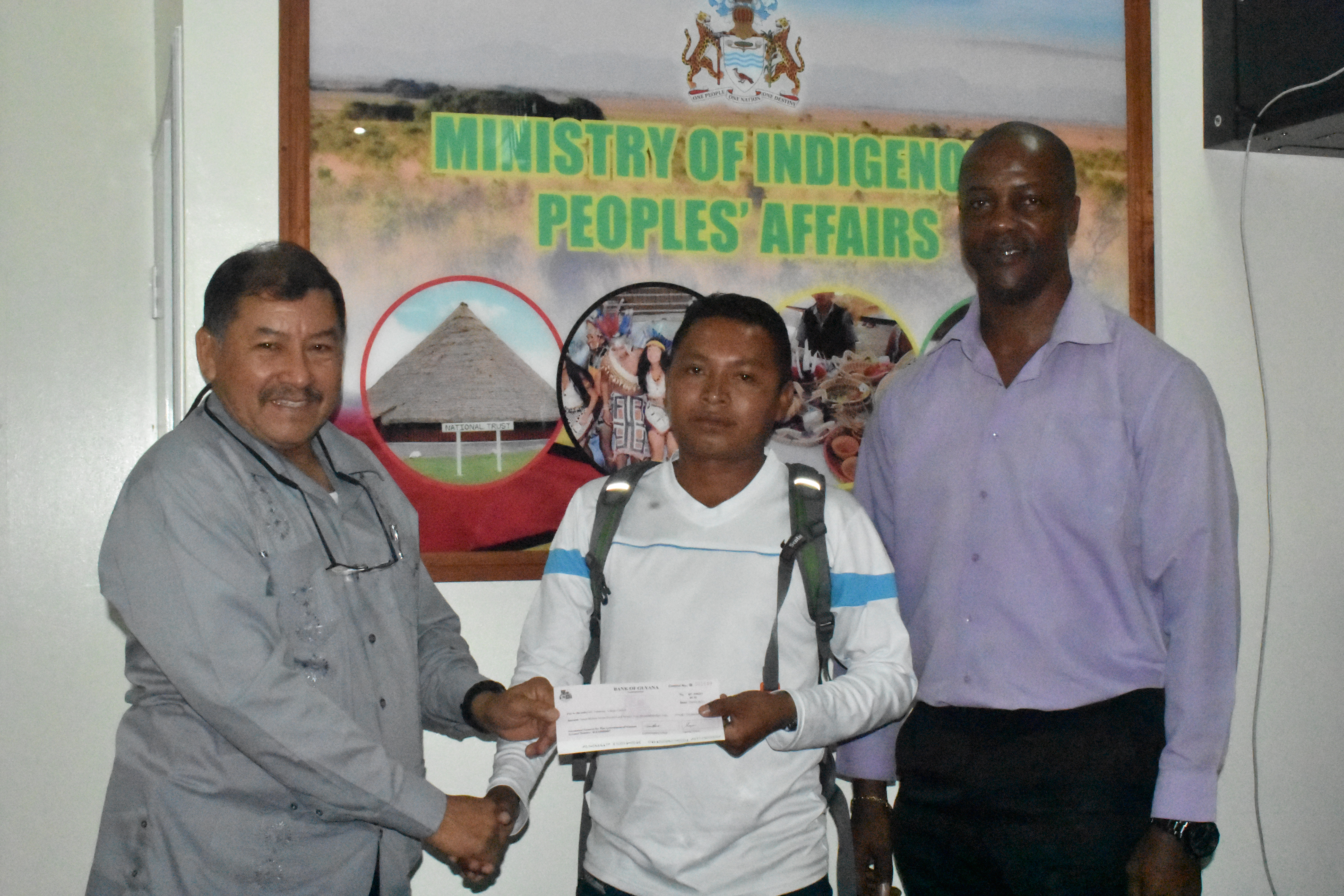 Vice President and Minister of Indigenous Peoples’ Affairs Sydney Allicock on Monday handed over a cheques to Toshao of Tuseneng Village Council Philip Geronimo for the hosting of the 5th North Pakaraima Expo billed for March 26-27, 2018.

Tuseneng is the host village for this year’s activity which plans to bring together local people, tourists, visitors, businesses, community organizations among others in celebration of the rich diversity of the Indigenous Culture through cultural presentations art, craft, fashion, farmers market, traditional foods, beverages and games.

During the handing over at the Ministry’s Thomas and Quamina Streets location Minister Allicock underscored Government’s commitment to ensuring economic development is realized throughout the hinterland.

The Minister said the North Pakaraima Expo must be one such initiative which will create that enabling environment for such development to take place.

He also noted that “it’s not a handout it is an investment so naturally we are looking for the returns for your own economic development and looking at our people being in a position to market their stuff, tourism activities, and soon we will have the lapidary in Monkey Mountain so all of this is in support of that sort of venture”.

Toshao of Tuseneng Philip Geronimo said the village is looking forward to hosting the activity and thanked villagers for their support.

Finances will go towards the construction of several booths, general sprucing up of the village, transportation and other costs for the six villages that will be participating.

The two-day event is expected to attract more than three thousand visitors as the beauty of the North Pakaraimas will be on display.

It is regarded as the most prestigious region along Guyana’s Northwestern Border and the magnificent Kaieteur Falls can be found in that Region.

Meanwhile, neighbouring Monkey Mountain successfully hosted the 2017 Expo which saw several Ministers of Government in attendance including the two Minister with direct responsibility for the indigenous people.