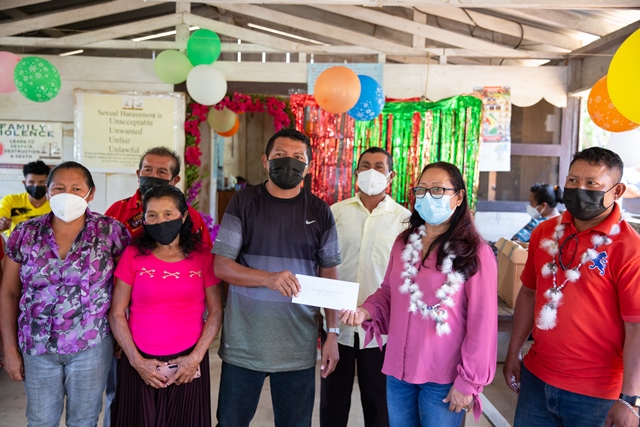 Residents of Yawong, Region Eight recently received $1.2M to aid the construction of a center.

Its intended purpose is to be a base for craft production and as a sewing center.

Women engaged in sewing will receive further assistance from the Ministry of Amerindian Affairs for the establishment of a business.

During a recent visit to the region, Minister of Amerindian Affairs, Hon. Pauline Sukhai called on residents to ensure that the facility is completed on time.

“I want to ask you, you and the people, that when you collect this sum that you will ensure that you complete this building because we have a proposal from a group of women here who have asked us over-time, that they want to do some sewing,” the minister said.

Additionally, She added that the ministry has been successful in getting a small sum of money.

These funds will help women in the Yawong settlement to start their own small businesses.

“I want to give them a kickstart in creating a small business for some of the very interested and hard-working women in this settlement,” she said.

According to Minister Sukhai, sewing machines have already been distributed to the village for everyone’s use.

Additionally, a $3.8 million pick-up truck has also been purchased to be used in the village.

The minister said the investments must be able to generate an income for maintenance and other purposes.