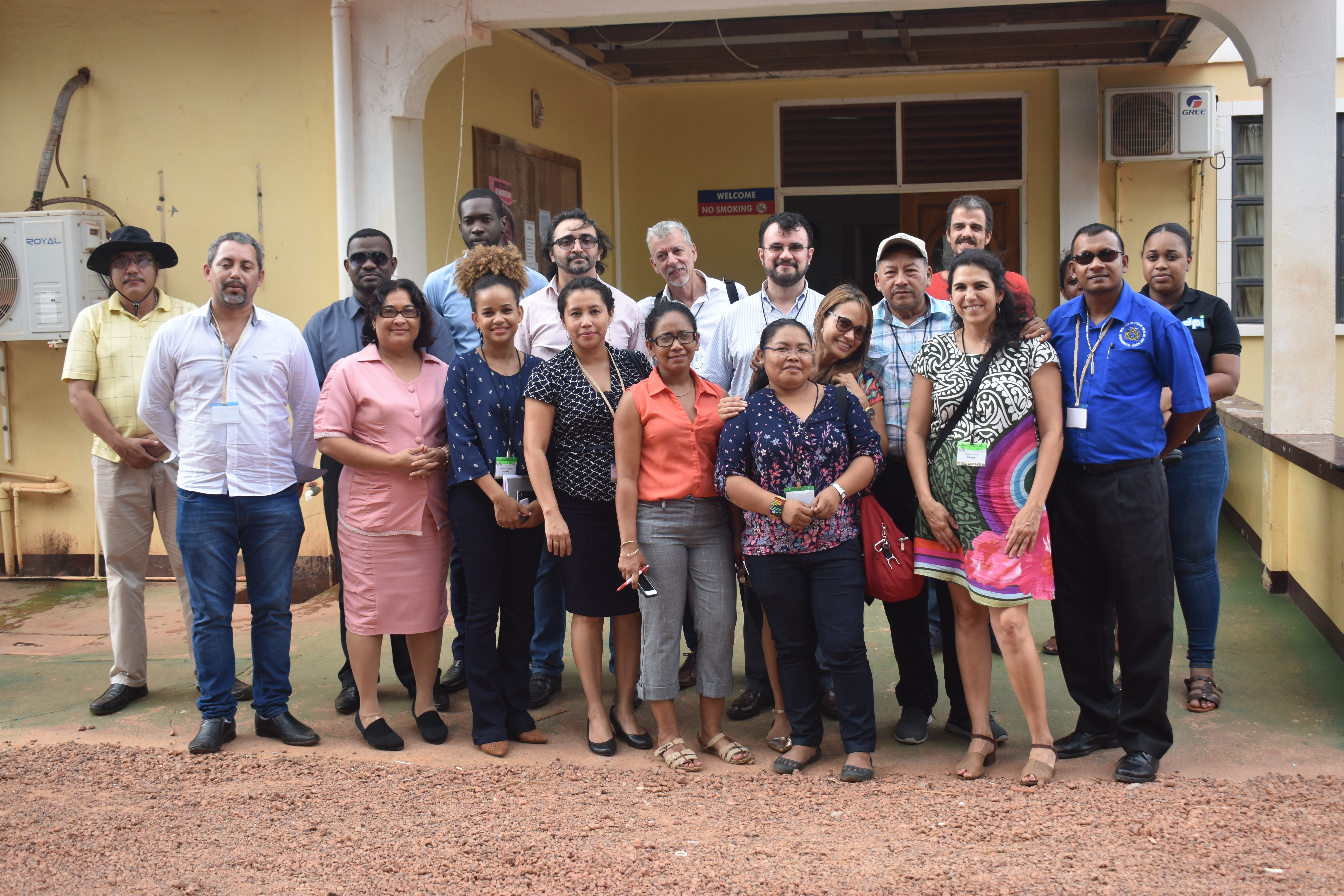 Recommendations for improving an Indigenous Health Care system in the Border Regions between Brazil, Guyana and Suriname is the principal focus for delegates attending the 2017 Technical Meeting on Health Care which opened on November 9 at the Hotel Amazonas in Lethem, Region 9.

Before declaring the meeting opened Vice President and Minister of Indigenous Peoples’ Affairs Sydney Allicock reminded the delegation representing the three Countries of the significance of the meeting since it is a very important point in the development of Guyana and more so the development of a better relationship with the eight countries in ACTO.

The Indigenous Affairs Minister noted that ‘to have the three nations here this evening sends a great message and I think it is one to the safety of humanity in the way of health and I am quite certain that you are well aware that over many years we have been having the opportunity or rather placed in a position to help in many ways persons who have gone seeking medical health in the cross border areas, this evening we are all here to begin the process of looking for answers to how we could better the opportunity or situation of bringing better health care to our border communities”.

The Minister said counties in ACTO play a significant role in ensuring its peoples have equal opportunities “and with such an approach the future is bright not only for Guyana, not only for the countries that belong to ACTO but the entire universe because we are placed in a position, we are placed in a place that we called the Guiana shield, we are placed in a place that we call the amazon basin and for many years the indigenous peoples have survived by understanding the laws of nature so that we could have a healthy eco- system that we could survive on,  so you as specialists I am hoping that you will be able to help us to break new grounds”.

The “Indigenous Peoples in Border Region” project resulted from the program “Strategic Framework to Develop a Regional Agenda for the Protection of Indigenous Peoples in Voluntary Isolation and Initial Contact” (PIACI) in 2014 and is financed by the Inter-American Development Bank.

The Technical meeting is geared at following-up on the recommendations of the first tri-national meeting held in 2014, and to identify criteria that can be considered in the health guidelines of the participating countries.

The programs Specific objectives targets information sharing and exchange of experiences to contribute to the elaboration of an epidemiological and demographic diagnosis (population, indigenous peoples, communities, etc.), identify common criteria among Member Countries based on the experiences of participants in the tri-national event of Brazil, Guyana and Suriname, and assess the capacities in the Region to deal with emergencies.

At the conclusion of the meeting recommendations will be directed to the respective member countries for consideration and subsequent implementation.

Day one focused on National health Issues in the three counties; identify common problems and opportunities for cooperation and recommendations for trans-boundary cooperation.