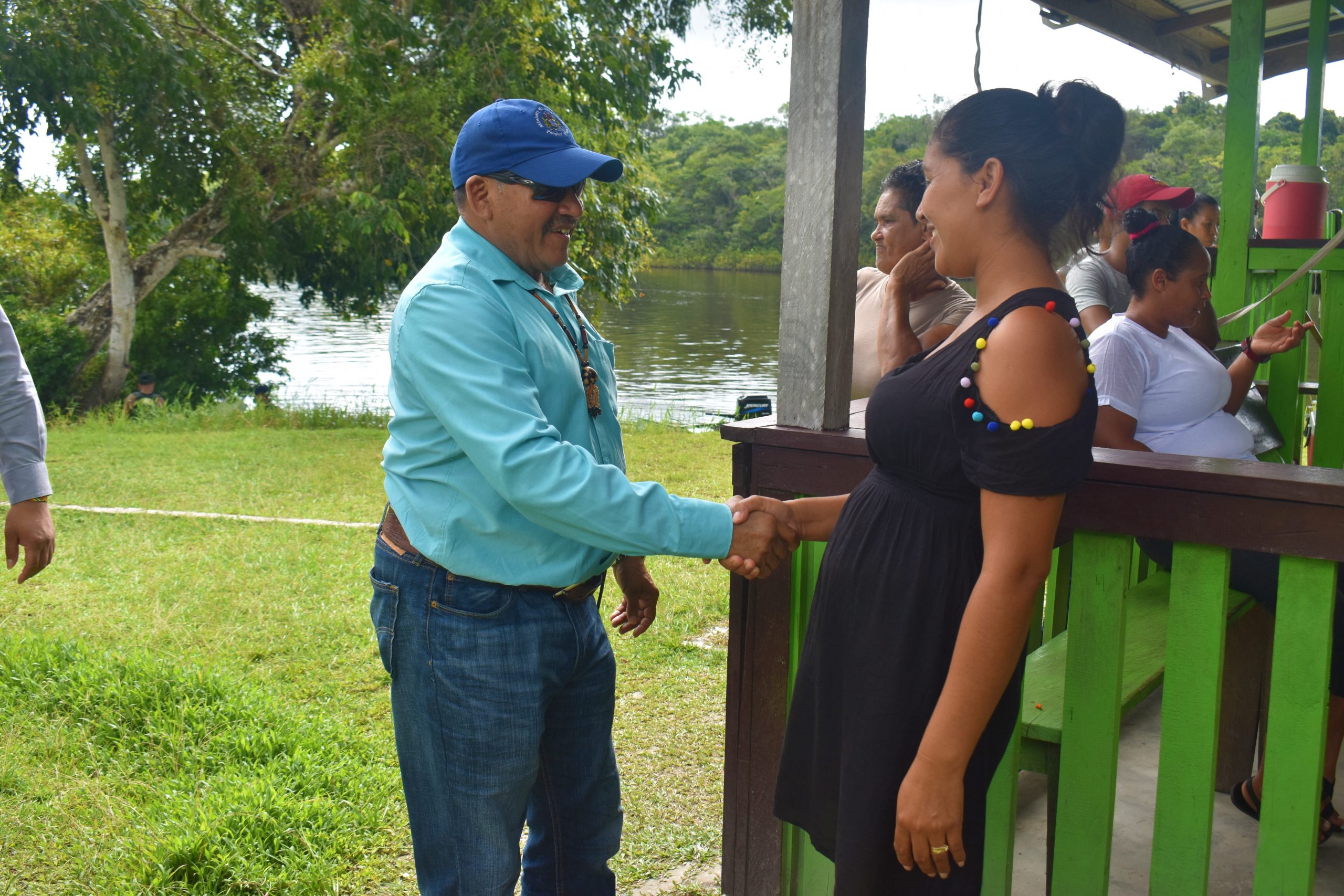 Vice President and Minister of Indigenous Peoples’ Affairs Sydney Allicock on Thursday led a team including a legal counsel from the Ministry and engaged councillors and residents of Muritaro Village, Upper Demerara/Berbice, Region 10 in an effort to address the many challenges facing the village and finding solutions on the way forward.

The Minister’s visit falls on the heels of a petition sent to the Minister by the village citing several shortcomings on the part of Toshao Loretta Fiedtkou who is an Executive member of the National Toshao’s Council.

Minister Allicock said “you have a village council that needs to put itself in order and that’s what I’m asking. We have also heard that some of the problems are created by the people”.

According to residents, they were faced with having to wait for more than six months for the holding of a village general meeting which is a clear breech of the Amerindian Act, while also citing financial accountability as a sore issue.

They called verbally for Toshao Fiedtkou to step down form her post until the issues that were brought to the fore are addressed.

The Minister said “the matters are serious” and from experience have caused division among the people.

He called on the council and villagers alike to “unite to build your community because life is about loving, and you see things have gone wrong for so long, to do the right seems wrong and we have to give ourselves the opportunity to change that mindset. Guyana is not going to be the same as it is now. If you love Muritaro the way forward is unity and understanding.”

Speaking on development, Minister Allicock challenged those gathered that “we must be planning today, we must be planning everyday and not be fighting against one another and we have terrible issues that we have to correct and we are here to support you to make sure this village is prepared for the development that is coming.”

It was also noted that several villagers had borrowed villages monies and to date they have failed to meet their obligation of repaying same and Minster Allicock called on those persons to “pay back the money.

This he said will assist the village in improving its financial standings which will ultimately lead to planning for future development.

The Minister assured villagers that “further discussions will be held with the relevant authorities on the situation “and we will send a letter to you on the decision forward, because as you heard there was the call for the resignation and statements that this is not supported because we have issues even before.”

Over the past year, several Toshao’s were removed from office following clear breech of the Amerindian Act and according to Minister Allicock, “it was really glaring what they were doing.”

The Minister also took the opportunity to highlight the many opportunities to be derived from the Oil sector and Governments commitment to ensuring every citizen of Guyana benefit from these proceeds.

Bringing the “Good Life” to all Guyanese is a promise made by President David Granger, one that his Administration is poised deliver.