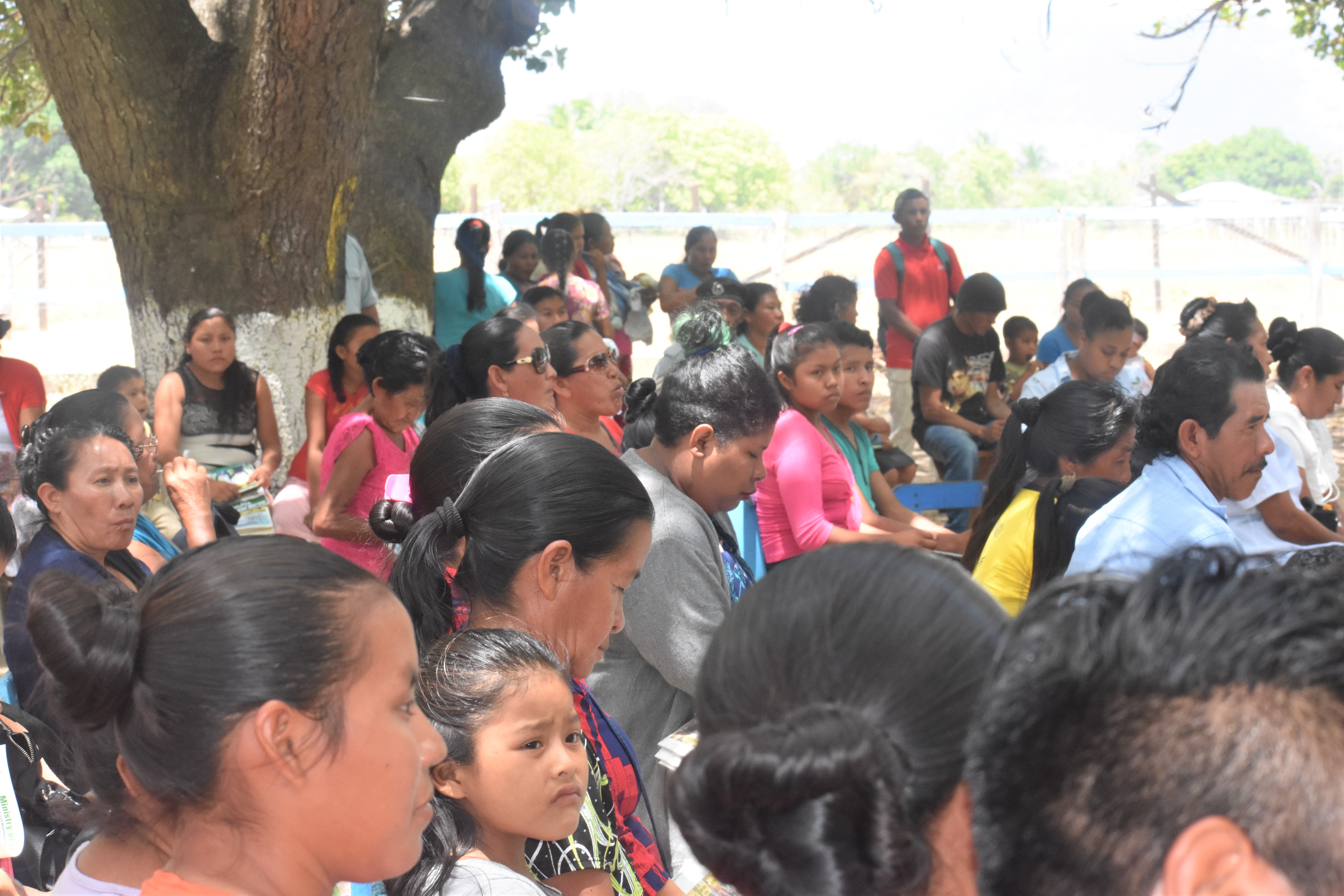 Residents of Karasabai, Region 9 were assured that the Government remains committed to ensuring all Guyanese remain united amidst efforts by rouge political elements of the opposition to cause division.

This was the message to residents by Vice President and Minster of Indigenous Peoples’ Affairs Sydney Allicock during a ministerial outreach to the Region over the weekend.

Minister Allicock said “I have seen the Opposition spreading misinformation, bad talk, greed, hate, division, we cannot afford to do that. Myself and Minister Lowe, we have seen communities divided; we came and met that and since 2015 we are trying to dismantle that hate and instead encourage our people to learn to support each other and we would like to ask the churches to send this message of love because it is there in the Bible. We are trying to bring our people together, work together because life is as such and now is the time to make ourselves a better set of people”.

The Vice President said the APNU/AFC Government is a true representation of unity since several Political parties have joined forces, and they remain committed to bringing that change which Guyana deserves.

Addressing development, Minister Allicock said Government has recognize that transportation is critical to progress and has assured, that they are major plans in the pipeline for the North Pakaraimas in this regard.

In the coming weeks, the Regional Democratic Council will be investing millions of dollars toward further improvements on the road infrastructure, and Minister Allicock said “we have Yurong Paru who is going to get five million dollars to start as they work on their own roads likewise Rukumutu and Tipuru they will have this money to help them to begin the process, and bigger things will come”.

Land remains a topical issue for indigenous villages, and addressing Karasabai’s Land situation the Minister said Government “is aware of your concerns and we are working towards bringing satisfaction to you”.

The Minister also provided an update on the Guyana/ Venezuela Border situation and noted that President David Granger has been actively involved in negotiations to speedily bring an end to Venezuela’s claims.

Vice President and Minster of Indigenous Peoples’ Affairs Sydney Allicock addressing residents of Karasabai and Tipuri on Sunday during a massive Ministerial outreach to Region 9.

Meanwhile, Minister within the Ministry of Indigenous Peoples’ Affairs Valerie Garrido-Lowe noted that Government through the Ministry is unwavering in its efforts to ensure the indigenous population becomes self-sufficient.

The Minister however asked how can this dream be achieved and the answer is clear, the Hinterland Employment Youth Service HEYS Program which to date, has seen close to four thousand youth receiving formal training in capacity building and ultimately becoming their own boss.

This, she said, was never a speck of thought during the previous regimes almost twenty three years in power, and most importantly is happening at a critical time when Guyana is preparing for major economic and social transformation when the Oil and Gas sector is fully operational.

Minister Garrido-Lowe said she was beyond impressed with the youth of Karasabai who have committed themselves to establishing a General Store and Printing Service which is positively impacting their lives and “giving them an opportunity to do business like never before”.

“These youths are well organized, their books are up to date and they are rotating their employment. All across the country the youths are making every opportunity of the HEYS Program, some are making their own blocks and you name it. We have trained almost four thousand youths. That is what the APNU/AFC Government is doing for our youths” the Minister observed.

Minister reminded relatives, friends and villagers alike to continue supporting the youth in their business endeavours and before the end of the first half of 2019 the youths will receive a grant of fifty thousand dollars each.

“As adults, as grandparents, as parents we must encourage our youths this is not about politics this is you and your children and them making a good life for themselves, because in the end who will be there to take care of you when you get old, it’s your children, so advise them and support them so they will continue to be successful and that is what Government is encouraging” the Minister stressed.

The youth explained that once they are in receipt of their grant they will be constructing a building of their own since they currently occupy a space at the community’s multipurpose building.

Minister within the Ministry of Indigenous Peoples’ Affairs Valerie Garrido-Lowe addressing residents of Karasabai and Tipuri on Sunday during a massive Ministerial outreach to Region 9.

Minister Garrido-Lowe also cautioned residents to be mindful of opposition elements who are on the prowl, peddling misinformation on the Government of Guyana/IDB funded housing project.

Minister Garrido-Lowe made it pellucid, that recipients will receive their homes free of cost stating that “you do not have to pay for the houses so those who are telling you that you have to pay, that’s a lie, the house belongs to you”.

Minister of Legal Affairs Basil Williams was also a member of the team and took the opportunity to update residents of the legal aspect of the December 21st Vote.